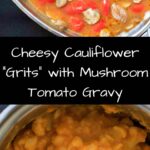 Cheesy Cauliflower Grits with Mushroom and Tomato Gravy. Get your fill of vegetables with this flavorful meal ready in about 20 minutes! 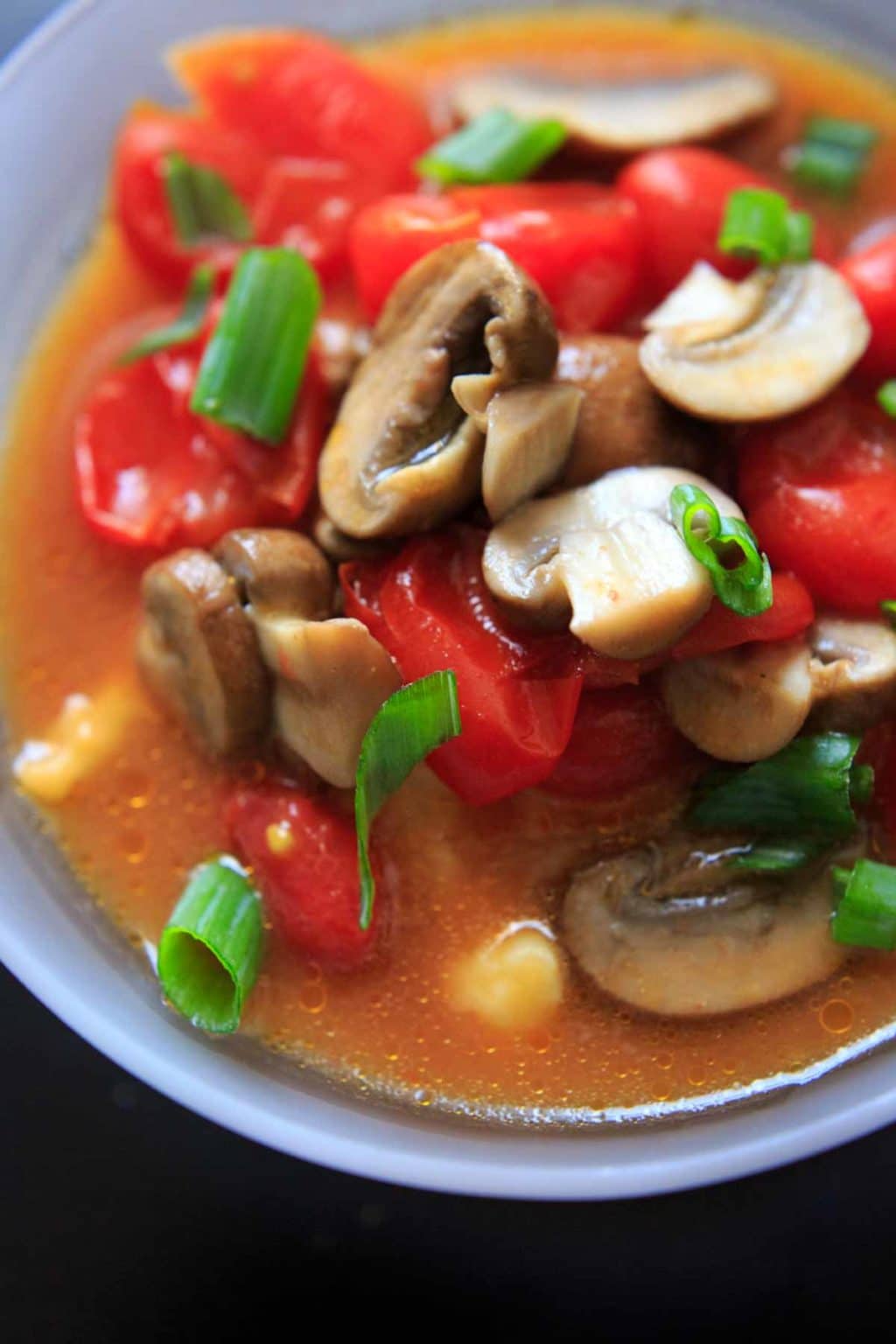 While I pretend I'm not turning into my mother, one habit my mom has passed down to me is a magazine addiction. I keep them around, unread, thinking that I'll have a specific time in the near-future where I'll feel like perusing 128 old magazines. Either that or I'll have a craft project that requires ransom-style magazine cut-outs, never mind that I've only done that twice in my life.

Fortunately, I have gotten much better at canceling unread subscriptions and not hoarding a huge stack of magazines for “emergencies,” but I do have a small pile on my coffee table that are specifically food related. They help inspire me when I'm making grocery lists and thinking of new things to cook. Flipping through the most recent issue of “Health” Magazine: Food Edition, I came across this recipe for cauliflower grits and mushroom gravy.

I've written about cauliflower a few times, but I'm always on the hunt for other ways to eat it. I love that it can be used as a low-carb, healthier option in place of rice, potatoes or even pizza crust.

So while there were a few changes I made to the recipe in the magazine, it turned out to be a big hit. One change was that I didn't pull out the food processor for the cauliflower to achieve the true “grits” consistency. This is simply because I'm lazy. But if you want them to actually look like grits, use the food processor instead of chopping up the florets.

Really though, once you add the cheese who cares? 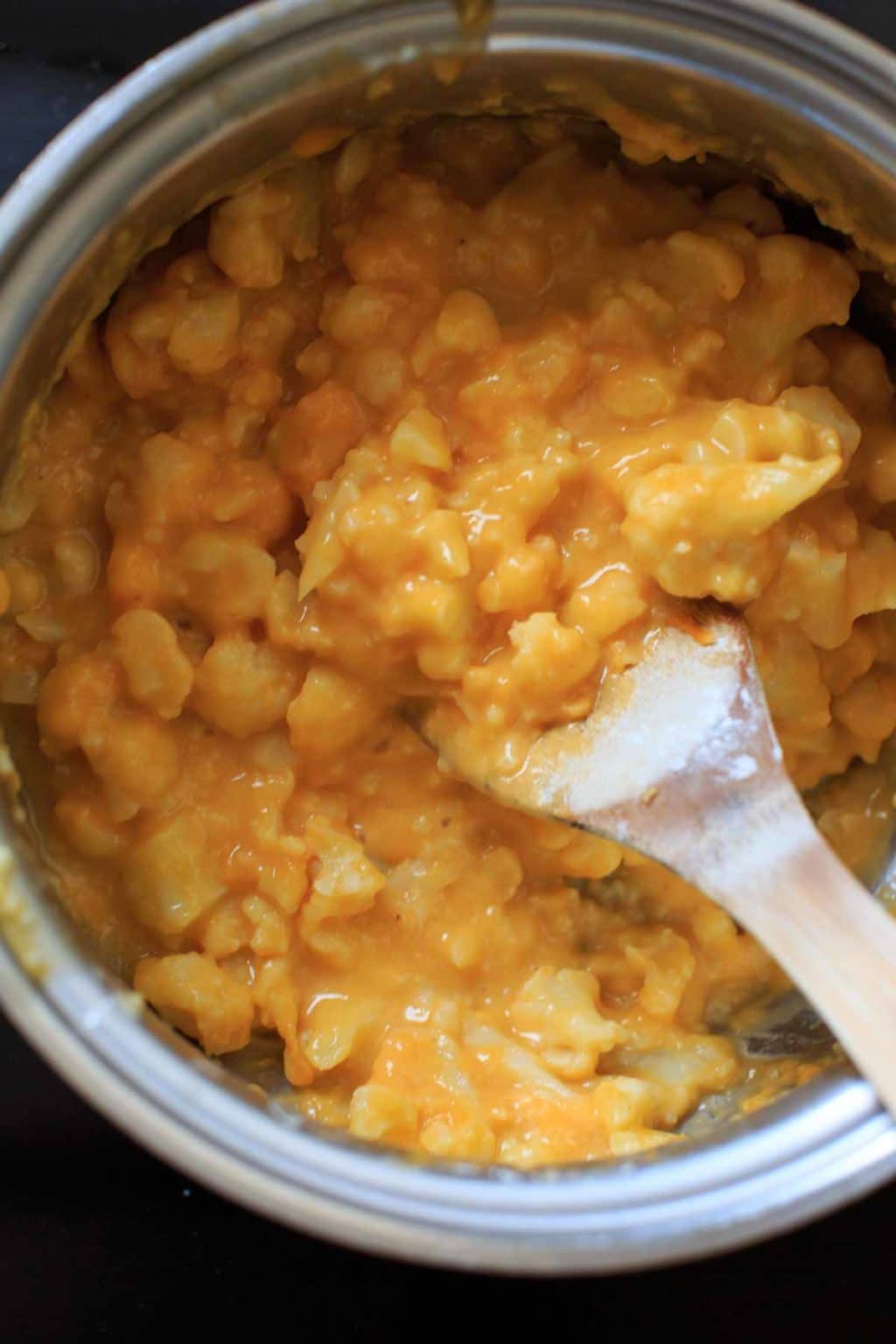 The idea is to have the cheesy cauliflower grits as the base, and the tomato-mushroom mixture to pour over top as a sort of gravy.

At first I tried to skip the step of “popping” the tomatoes under the broiler, but I ended up going backtracking and doing so. I think this helps with overall flavor and consistency of the sauce.

The original recipe also called for adding a couple tablespoons of brewed coffee to mix into the gravy. I could understand this adding a unique flavor, but I totally skipped it. Maybe if you try it though, you'll tell me how it is? 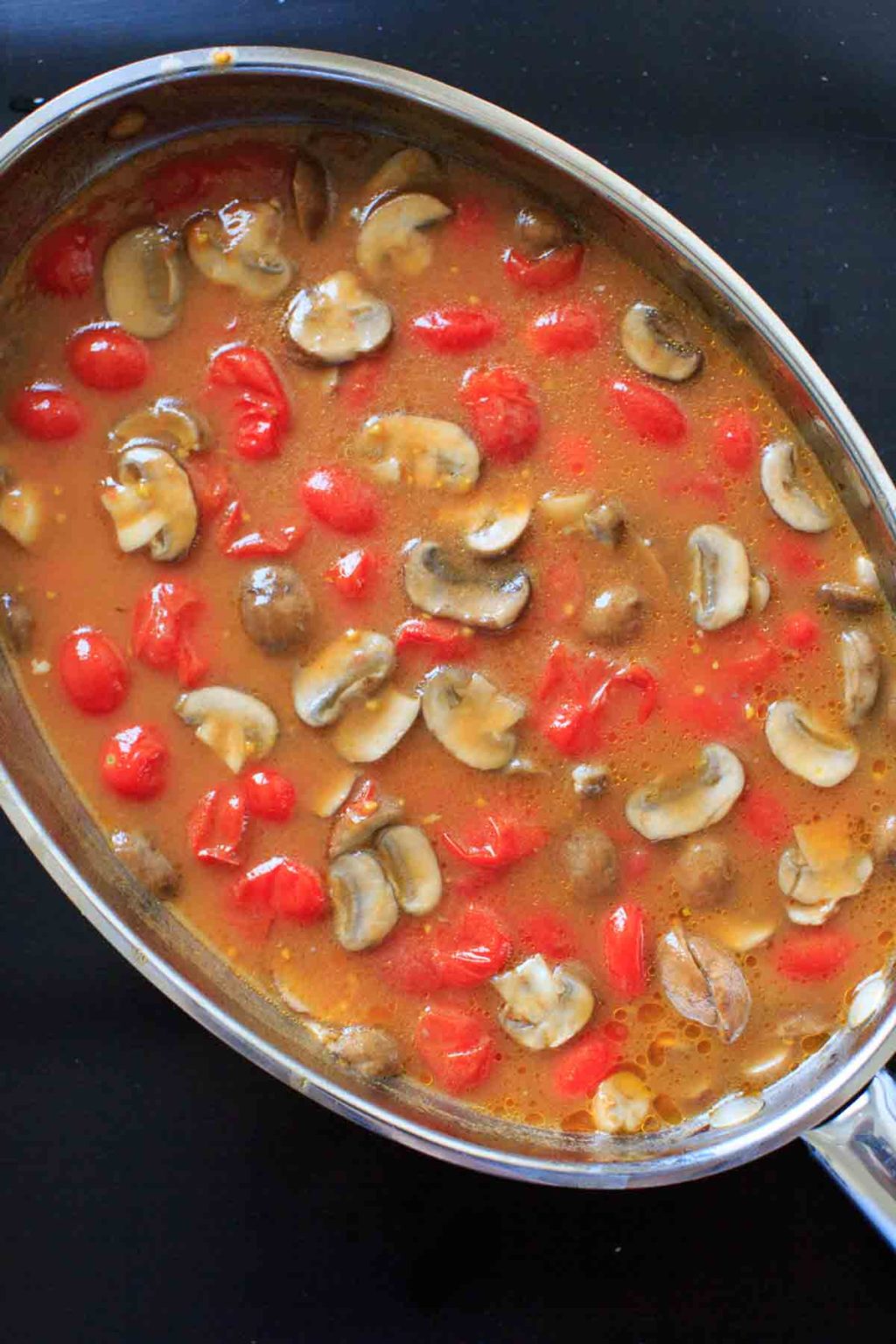 I substituted flour instead of cornstarch and cornmeal as thickeners from the original recipe, but if you want to keep it gluten-free you can use a GF thickener.

If you don't like the idea of mixing it the cauliflower and “gravy” together in one bowl, they can be eaten separately. I preferred the gravy to be more soup-like, but you can also cook down the broth a bit more to make it thicker. 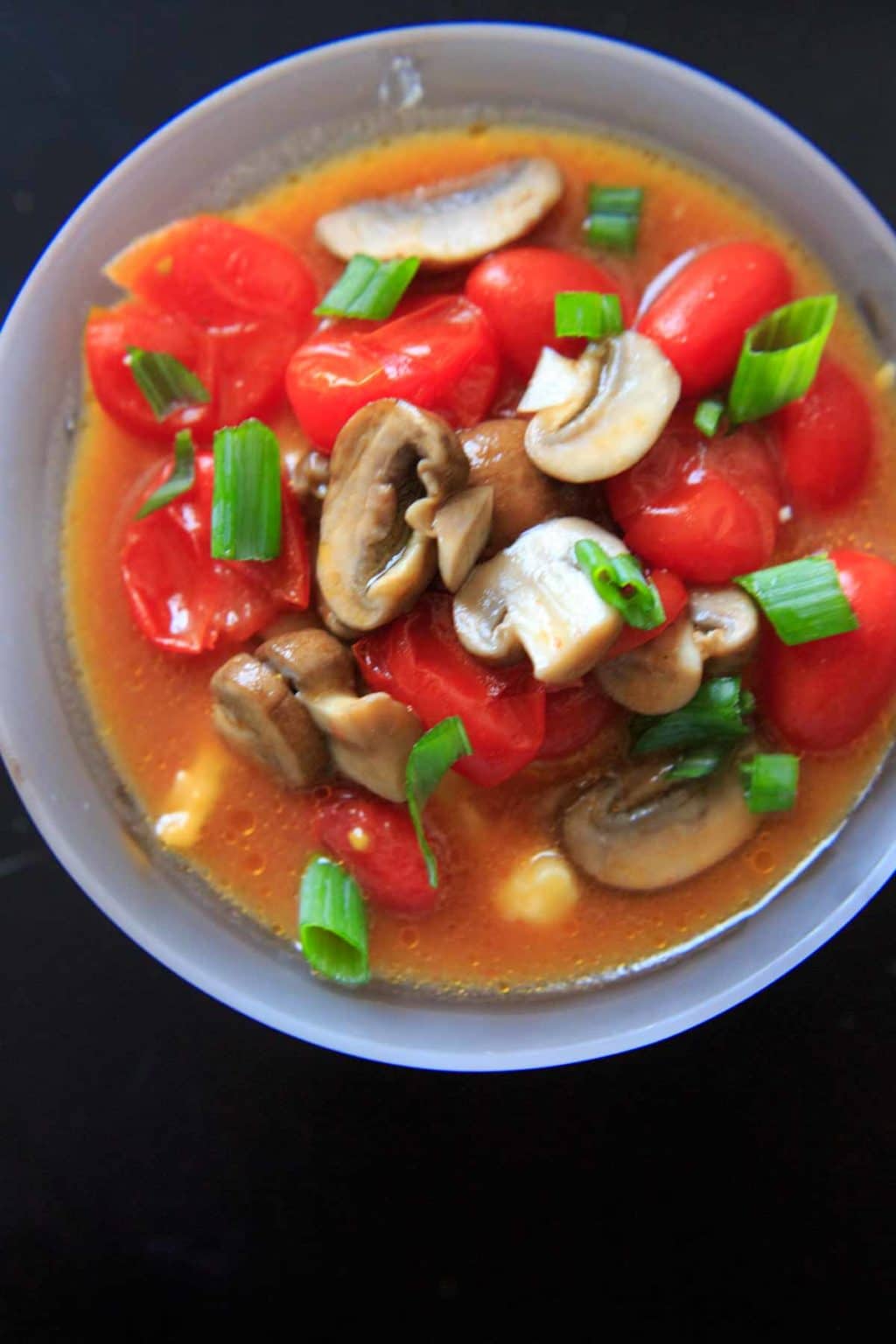