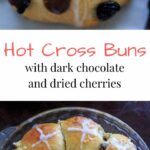 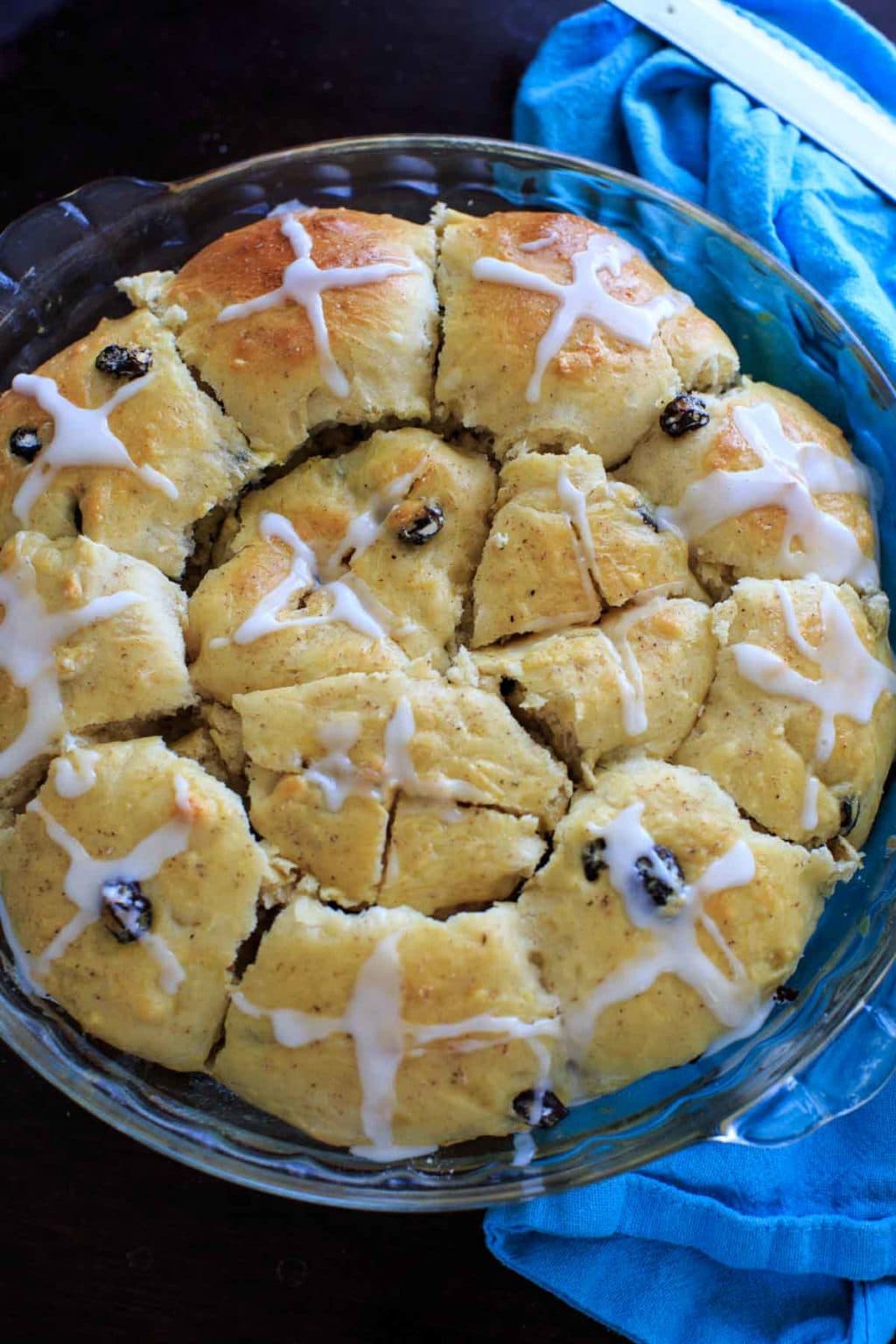 Logically, I don’t know how I messed it up the first time. No matter what, you’d think you’ll still end up with deliciously sweet bread, right?

There are about a million recipes online for hot cross buns and I tried to combine a bunch of them. Leave it to me to go off-script and ruin something as timeless as hot cross buns.

Somehow mine ended up hard and tasteless. I tried to add the yeast directly to the milk instead of proofing it in water first (never works for me), not enough spices, and who knows what else.

But never fear, I did not abandon the project! Since I’ve already given you both my Nana’s Easter recipes (here and here), I wanted to add to the list this year. 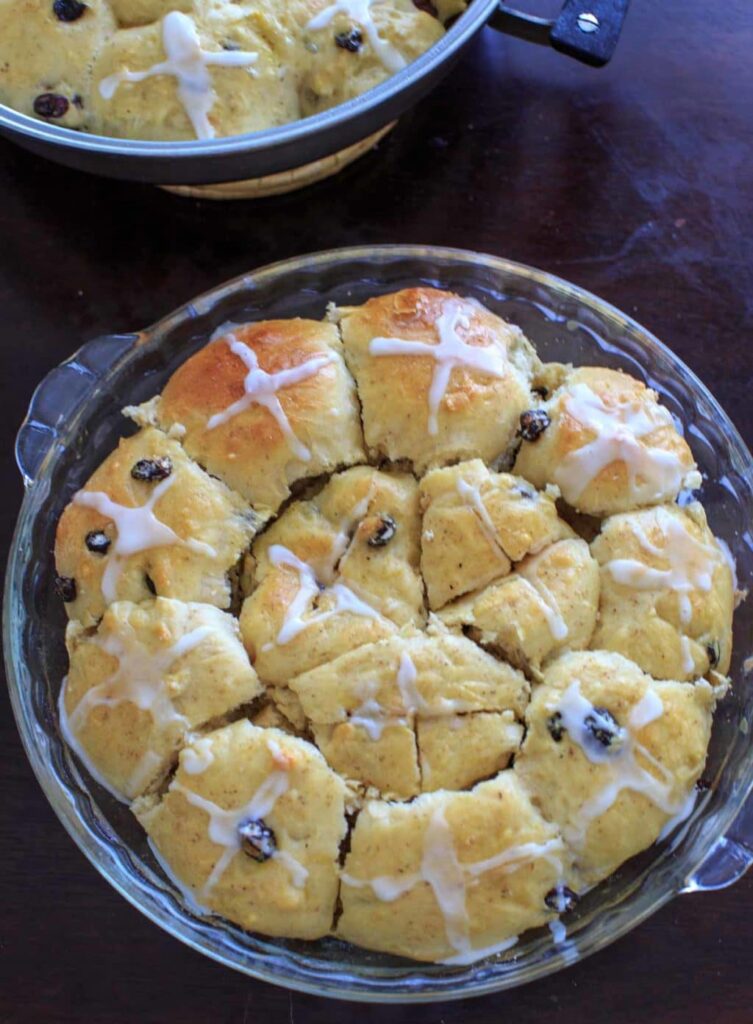 What makes a hot cross bun a hot cross bun? Basically it’s spiced (with cinnamon and possibly nutmeg), with added dried fruit (usually raisins or currants) and a cross usually made out of either icing or pie crust.

I wanted to make mine a little bit different so I decided to add dark chocolate pieces and use cherries instead. I also made a batch with a mixture of dried cherries and raisins together (mostly because I was running out of cherries), so go with whatever proportion you feel like.

Since my first batch was such a fail, I figured I couldn’t go wrong starting with a tried and true recipe and adapting from there.

I started with that recipe (minus some of the butter and added egg yolks), added spices and sweetness. And orange juice! That’s my secret ingredient in some recipes that need a hint more sweetness, and I figured it would work here since I’ve seen some recipes that use orange rind. 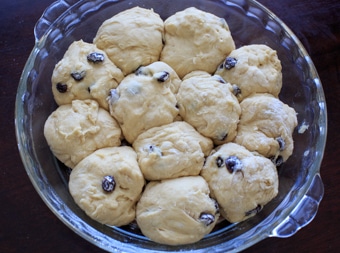 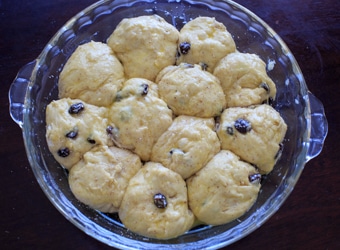 The second picture above has an egg glaze with some grated nutmeg on top.

You can either mix in the chocolate pieces or press some into the top of the dough before baking. 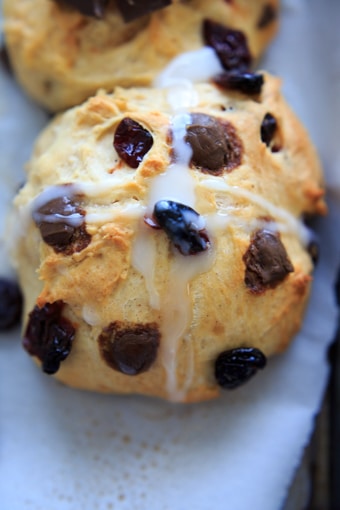 ALSO I learned that there is a thing called “not cross buns.” I wanted to call this post “not hot cross buns” but then all I could think of was that dumb game “hot or not hot.” Isn’t that similar to how Facebook started?

Anyway, to get back on track, a NOT cross bun is just one that doesn’t have a cross on top. They originated because people started to get mad (/cross) when hot cross buns were sold before Good Friday (since that is when they are traditionally eaten in some countries or religions). To I guess make people happier (/not cross), some bakeries started putting something other than a cross as decoration. 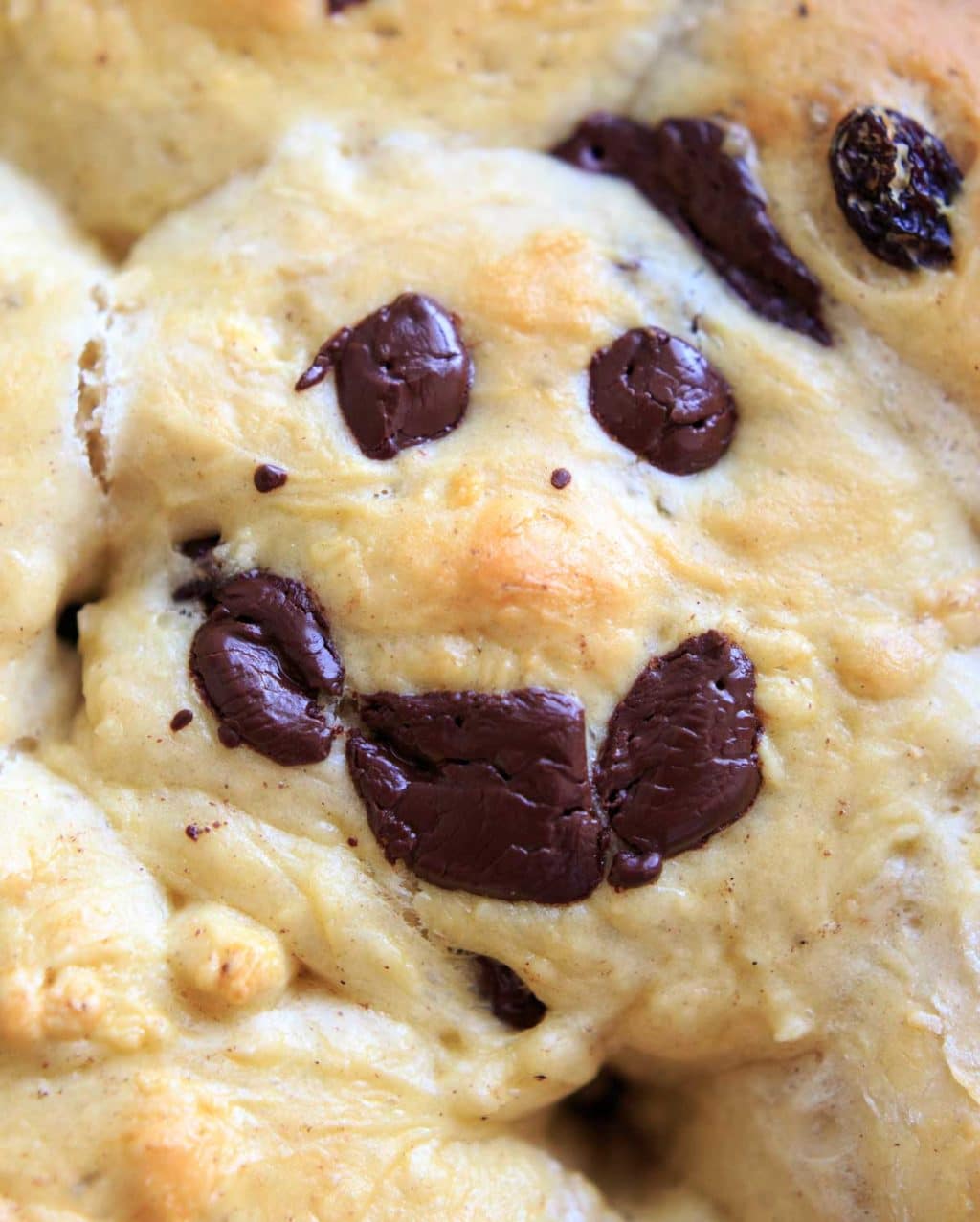 All of my decorating needs some work. I get it. 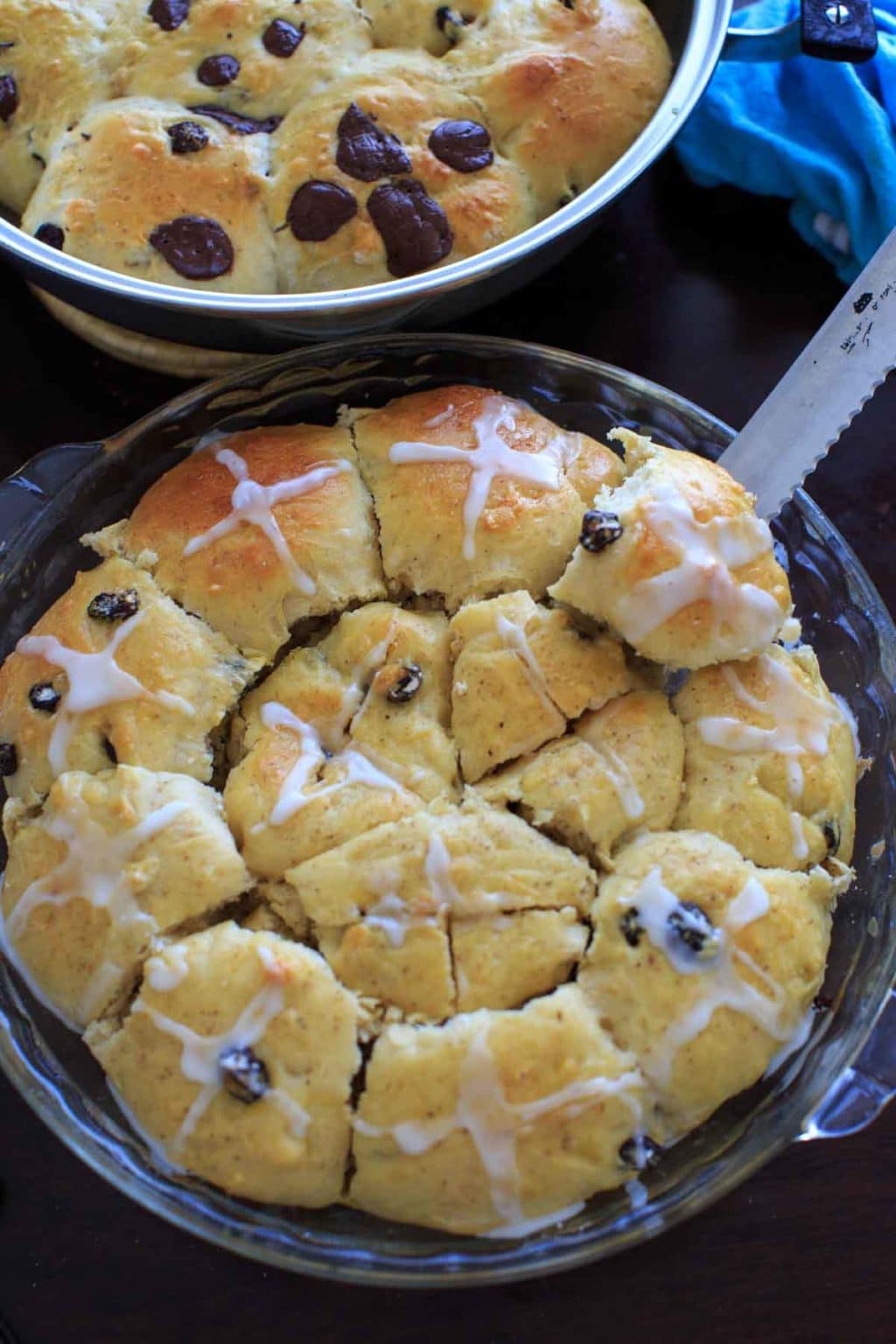 Do you have any Good Friday or Easter traditions?

Recipe modified using this Easter Paska bread recipe as a base.

Easter or not, hot cross buns are my favourite. In fact, in the UK they are available in supermarkets throughout the year, and they go down a treat with some butter on them. I love the addition of dark chocolate, it sounds great!

I have never had hot cross buns but now I most definitely need to try them! Love the idea of cherries and chocolate!

I loveeee Cross Buns. Honestly, I love to make ones no matter what season or holiday! Kelly, these buns looks absolutely perfect. I love the addition of dried fruits.... and smiley face ;)

The smiley face makes me laugh! Thanks Natalie!

I love Hot Cross Buns - they are my favorite part of the holiday! Reminds me of my childhood, my mother and grandmother and I in the kitchen, shaping these and then munching on them for days. These look fabulous!

Great additions into this classic dish! I love taking delicious classics and adding my own twist, these look great!