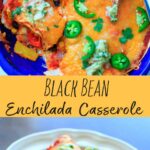 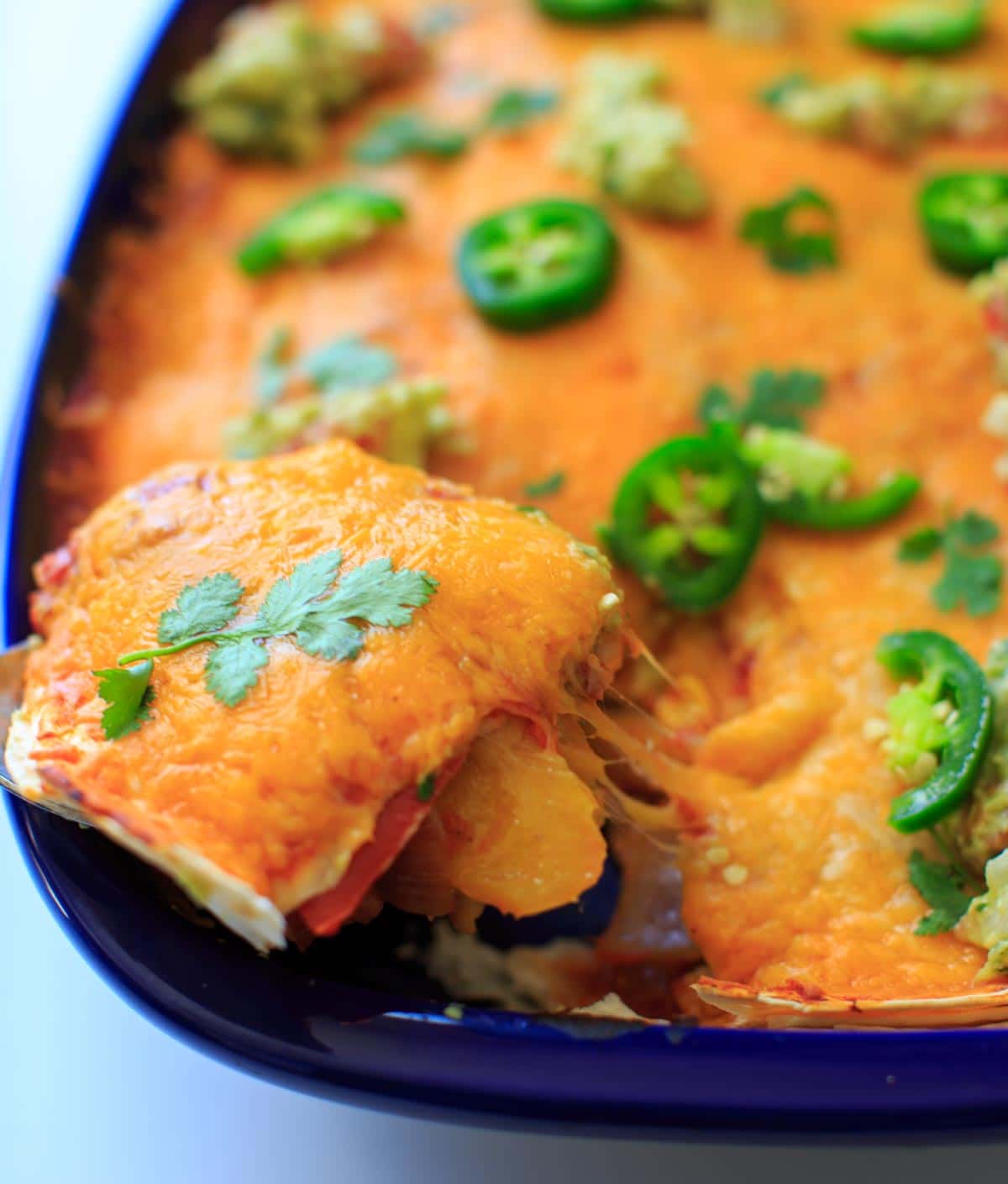 Can you tell I’ve had a Mexican cooking theme lately?

First there was the best-ever guacamole.

Then there was the homemade enchilada sauce. Which I used in some Spanish “rice.”

It was all leading up to this casserole!

You don’t have to make your own enchilada sauce if you don’t want to. Just giving you the option.

But I highly, highly recommend the guac.

I set out with the intention to make a black bean casserole. Basically I always have black beans on hand. Except when I went to make this the first time, I literally could not find ANY.

My kitchen looked like a tornado had hit after I took everything out of my cupboard searching for just one can of black beans. Somehow after I started putting things back, I finally found one!

Originally I wanted to use two cans of black beans, but I was so happy to have found one, I made do.

The first round is usually a taste test anyway, so I told myself I’d do better next time. Well next time came and somehow I still only had one can of black beans. It’s a weird black hole in there. So I decided to bulk it up with a little bit more veggies than planned, and it turned out well.

I’m still going to call it a black bean casserole though.

Do you know the difference between different colors of bell peppers? I didn’t until recently. Honestly I bought the colors that were available or that I thought played well with the other colors in my dish. Since I already was going to have green from cilantro and guacamole, I went with orange and red and yellow. Now I understand why green peppers are always cheaper – it’s because they are less ripe. As they ripen, they change colors into yellow and red and get sweeter. 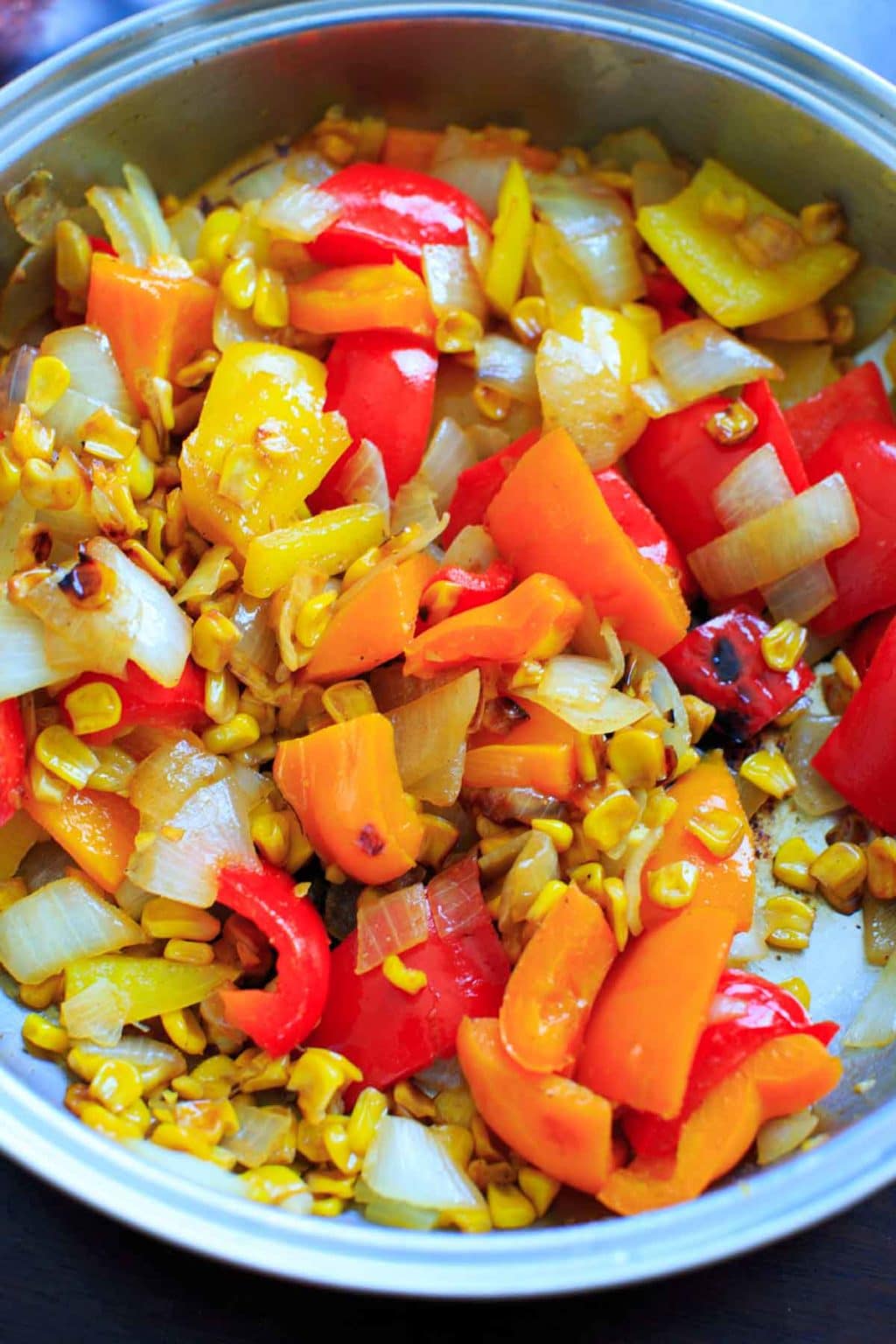 The recipe calls for roasting the corn and peppers on the stovetop with a little onion and spices. Though if you don’t want to do this extra step, I have made it without pre-cooking the veggies and just throwing everything into the casserole.

You’ll line a casserole pan with tortillas. (I used wheat because I don’t prefer corn tortillas, but you can use corn tortillas to keep it gluten-free.)

Pour a little enchilada sauce. Then some veggies and black beans. Some cheese. And repeat. 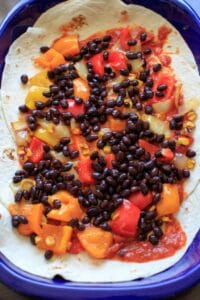 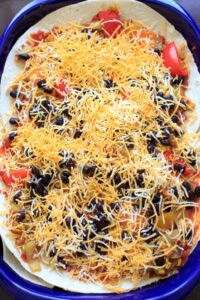 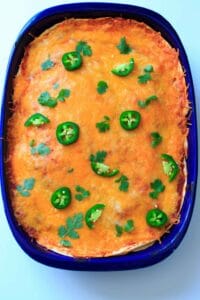 This close-up shot is a little messy, but it’s the best I could do to capture all the ingredients in one photo. 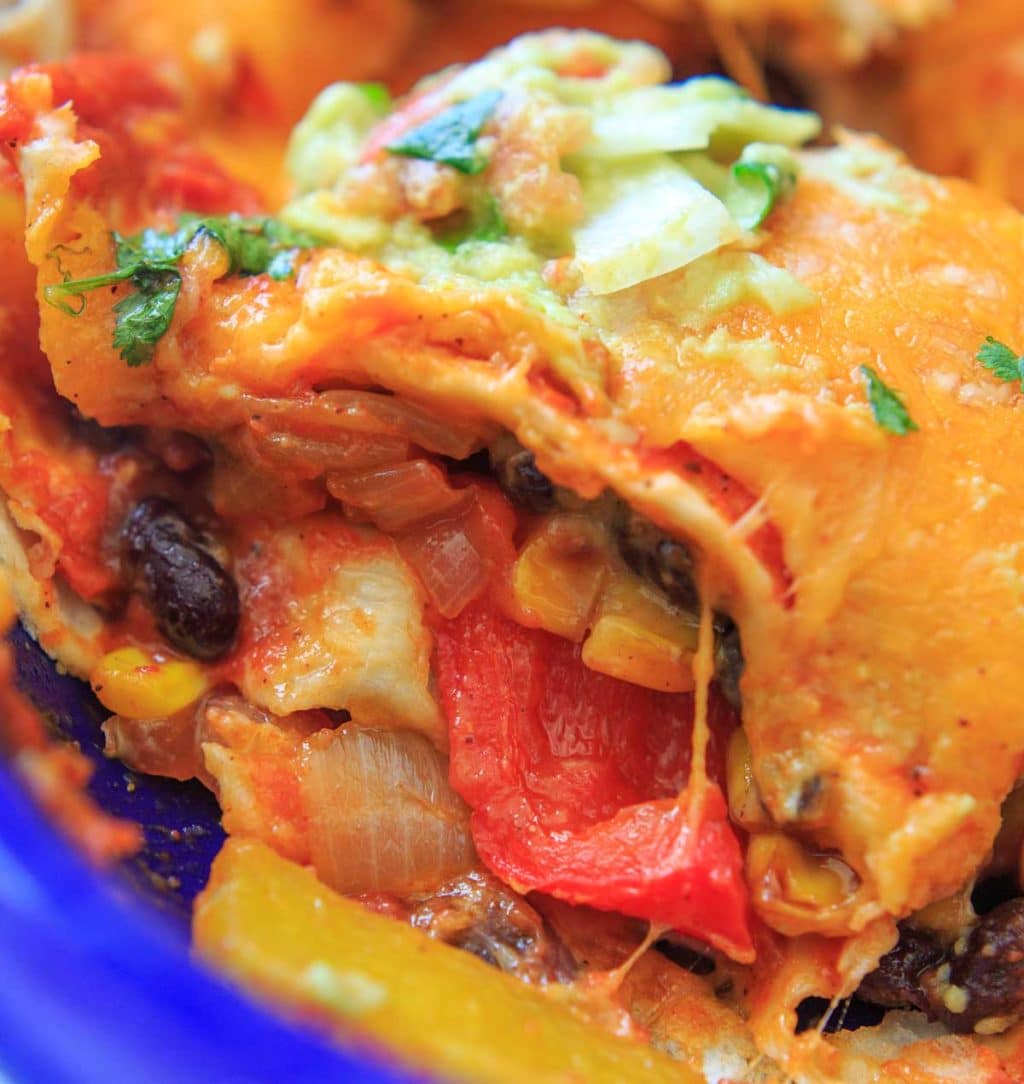 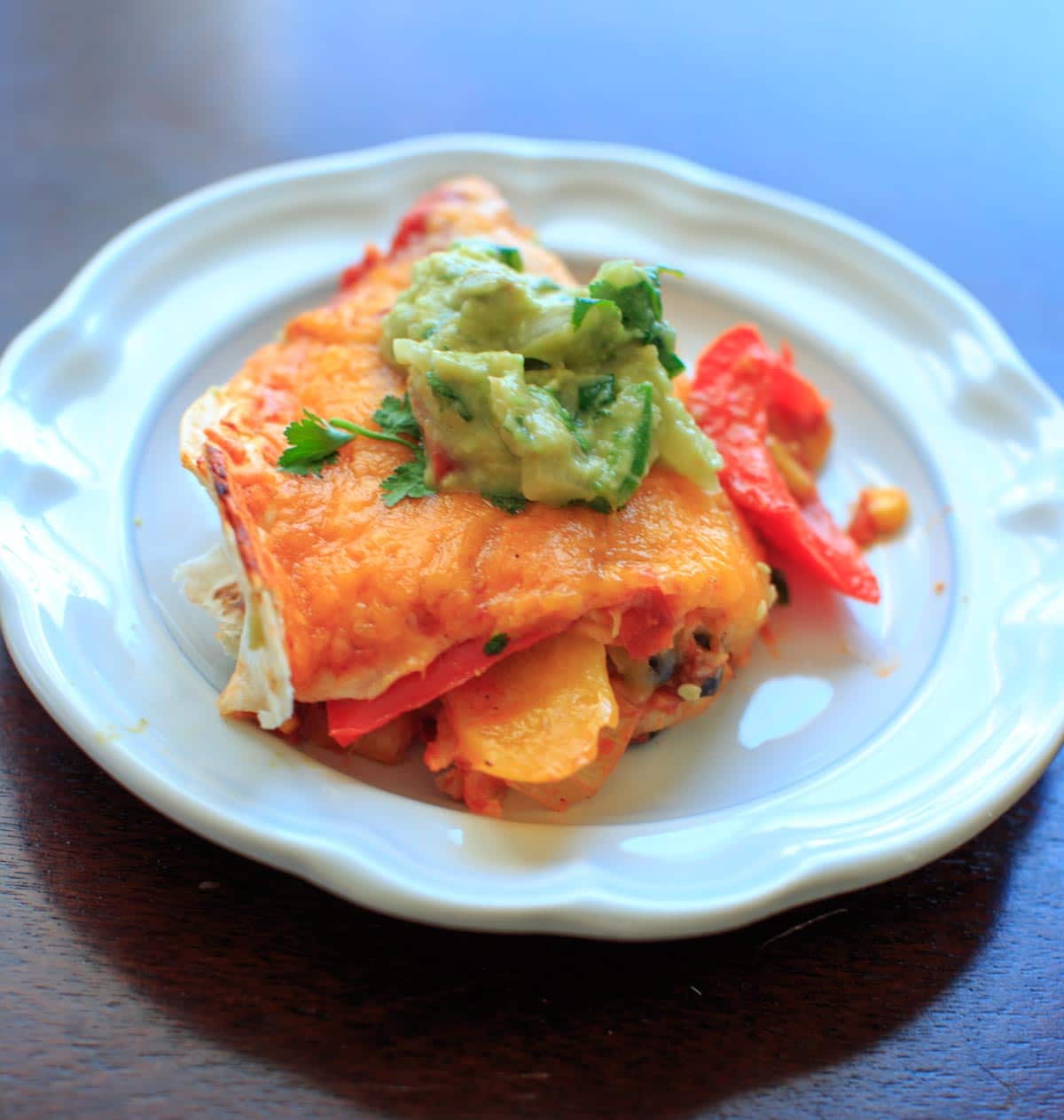 *This homemade enchilada sauce has a gluten-free option, but if using another kind that is something to check for if gluten-free is a concern for you.

**I saved most of the cheese (2 cups) for the top, so I skipped adding cheese to the second layer. Option to add 1 cup cheese before final layer of tortillas, with 1 cup remaining for topping.

Now this is my kind of casserole! Looks great!

Bintu - Recipes From A Pantry

This is proper comfort food and looks amazingly tasty. I could eat this now

So much yum in this! I can tell its bursting with flavor!

Tina Dawson | Love is in my Tummy

This is a fabulous casserole! And yes, guac is ALWAYS, AAAALWAYS recommended!

I'm with you! I could eat Mexican every day! These enchiladas look great and in my book, homemade sauce is essential!