Blueberry banana bread – double the fruit and double the deliciousness! All the sweet slices will be gone before you know it. 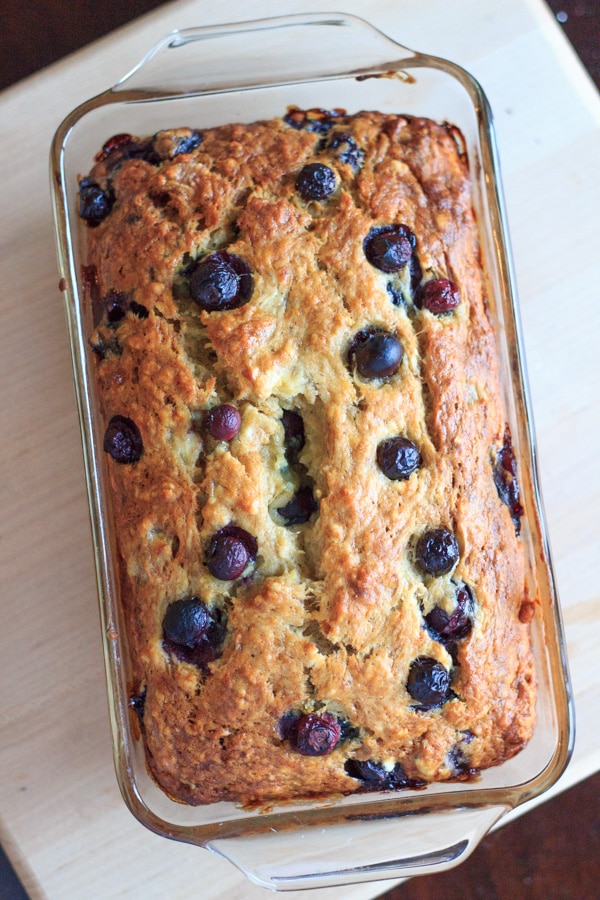 Have you ever put blueberries in banana bread?

I was inspired to try it from this recipe over at Oh My Veggies.

Her recipe is vegan, and while I wasn't yet feeling that adventurous, I did think that adding blueberries was a great idea.

I know I said I was not prepared to feed my visiting family members the other weekend, but I did plan enough to at least make this bread ahead of time.

Though this would probably be a good side for any meal, it is probably best paired with brunch since it is a sweet bread.

Blueberries are in season, so I'm trying to find ways to use them in everything – smoothies, salads, and now even bread. I just can't get enough blueberries.

I LOVED the extra fruit in this bread. My recipe added 1 cup of blueberries, but there's room for you to add even more than that if you wanted extra flavor.

I also added a teaspoon of ground cinnamon, which is optional, but does give it a nice extra flavor. 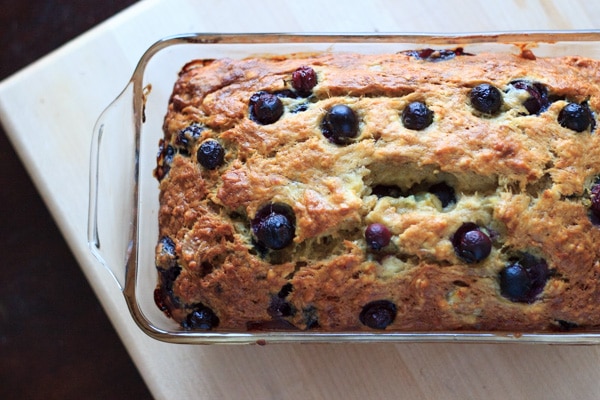 Banana bread always takes longer to bake because of the texture, but it's worth the wait! 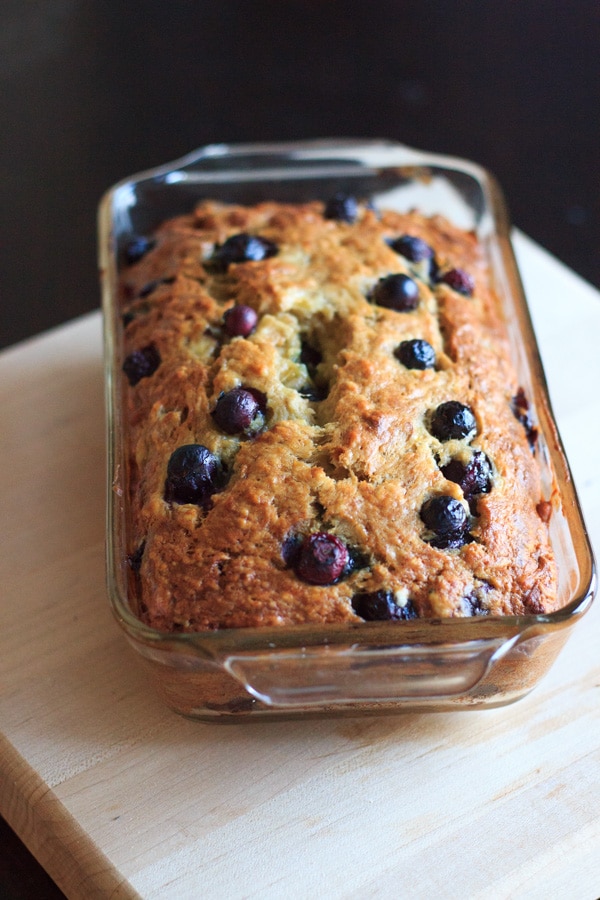 A lot of times I see a glaze added to banana bread, but I don't think this recipe needs one. It's sweet enough to eat without glaze, because this is recipe certainly isn't plain! 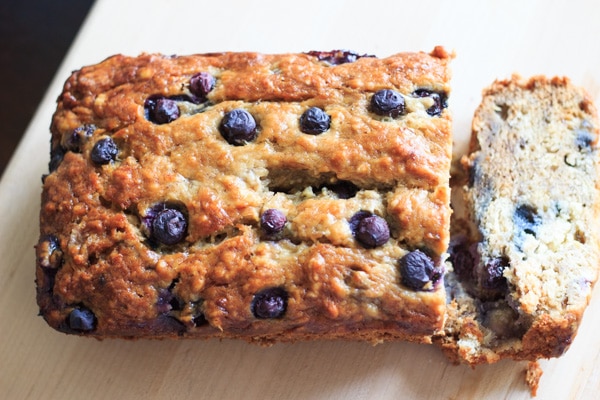 What else do you like to add to your banana bread?

Recommended and useful items for this blueberry banana bread recipe:

My favorite baking dishes + cinnamon are available in the Trial and Eater amazon store!

*There are links within this post that we can earn a commission on at no extra cost to you (known as affiliate links).