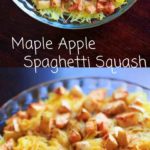 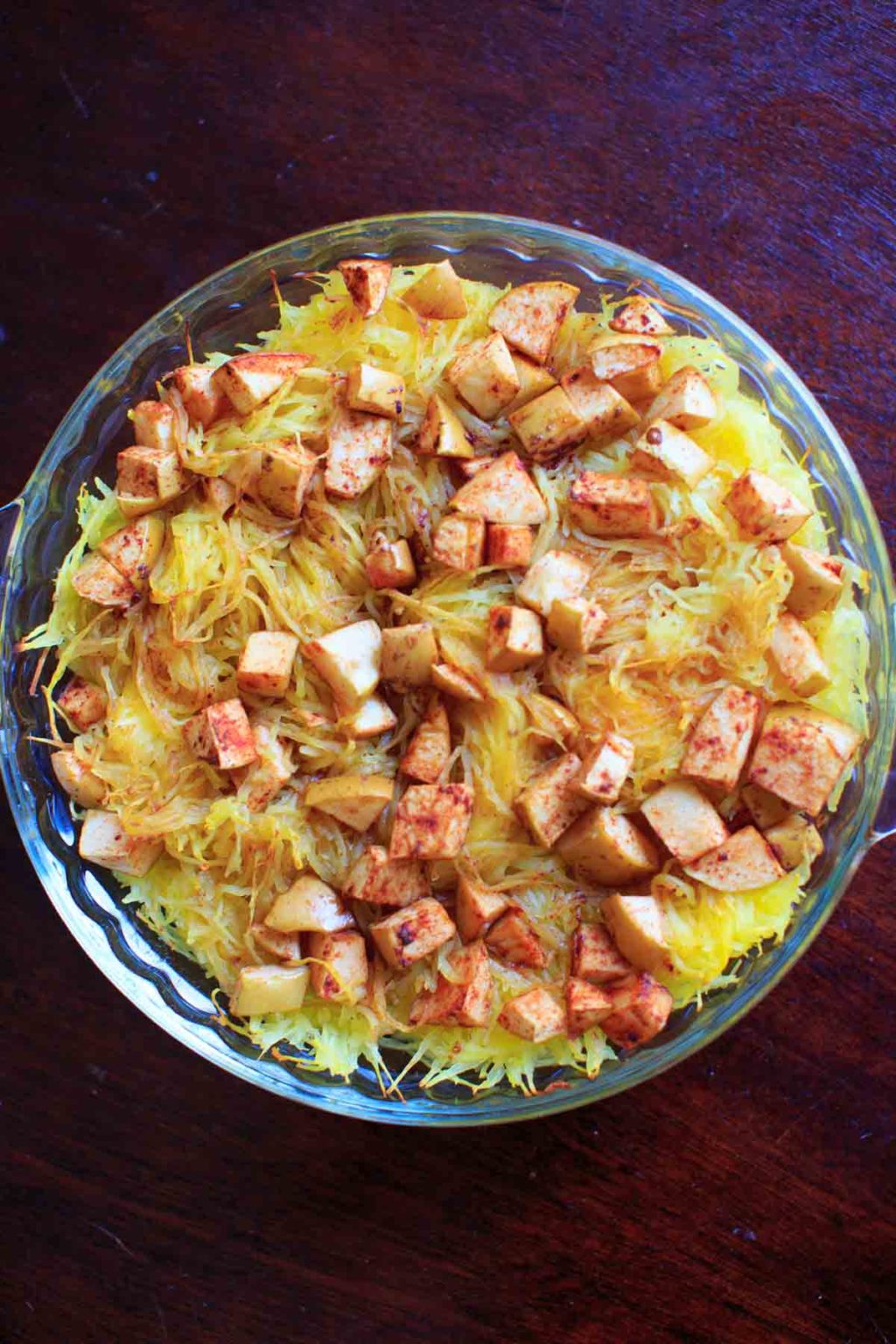 Squash + apples seems to be a theme for me. It’s a perfect cold-weather food combo that has the element of comfort food but the added bonus that it’s healthy!

Nevermind that it’s November and it’s still in the 70’s here.

But on the chance that it ever does start to get chilly, this dish is perfect. 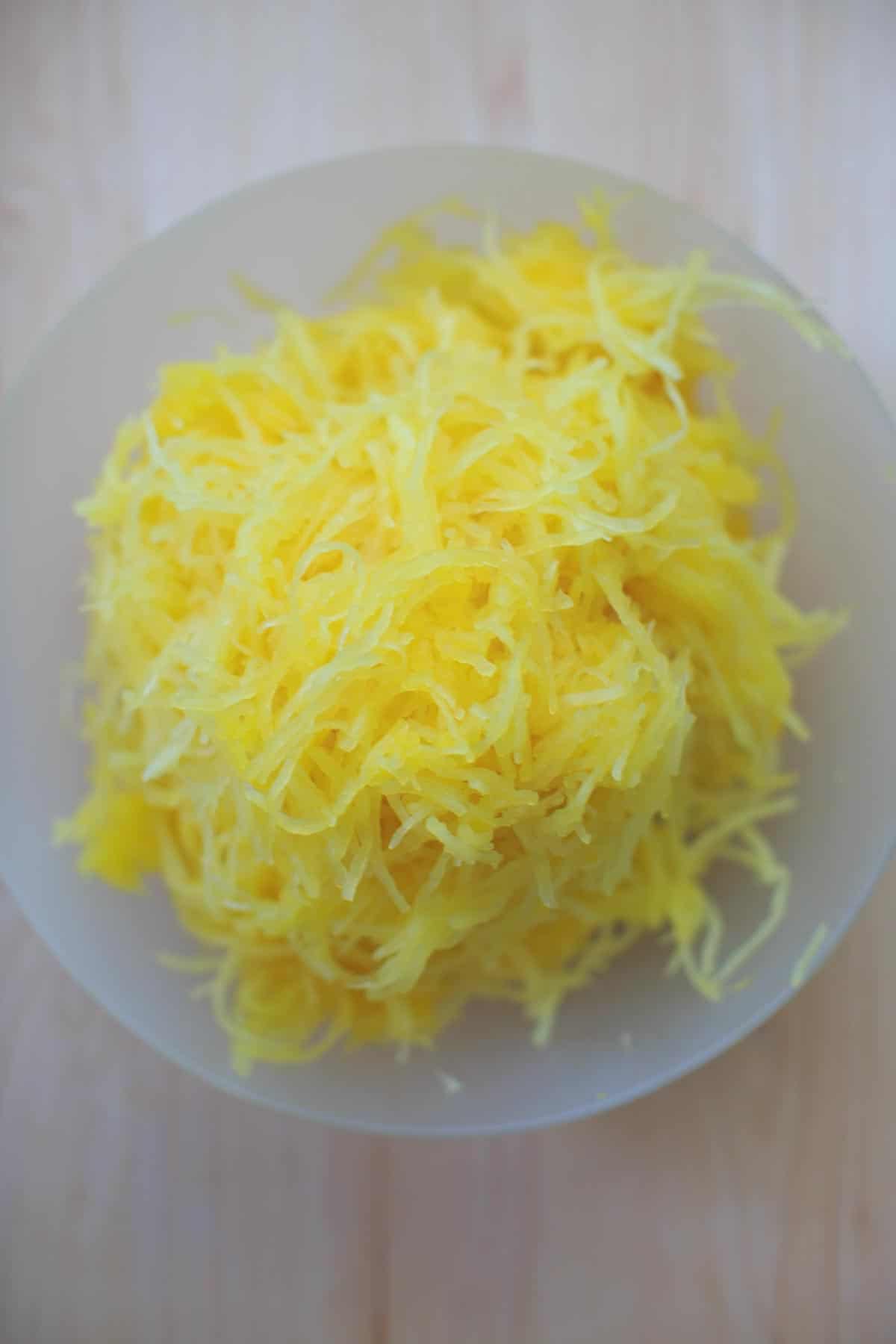 My grandma has made this recipe a few times and it was a big hit. I attempted to make this last year without the recipe, and let’s just say it should have been on a food fail episode post.

I think I added flour that time, which makes no sense when I think back. It ended up tasting like… well, spaghetti squash with flour.

I don’t think that’s a combination that’s supposed to go together.

Luckily my grandma sent me her recipe. 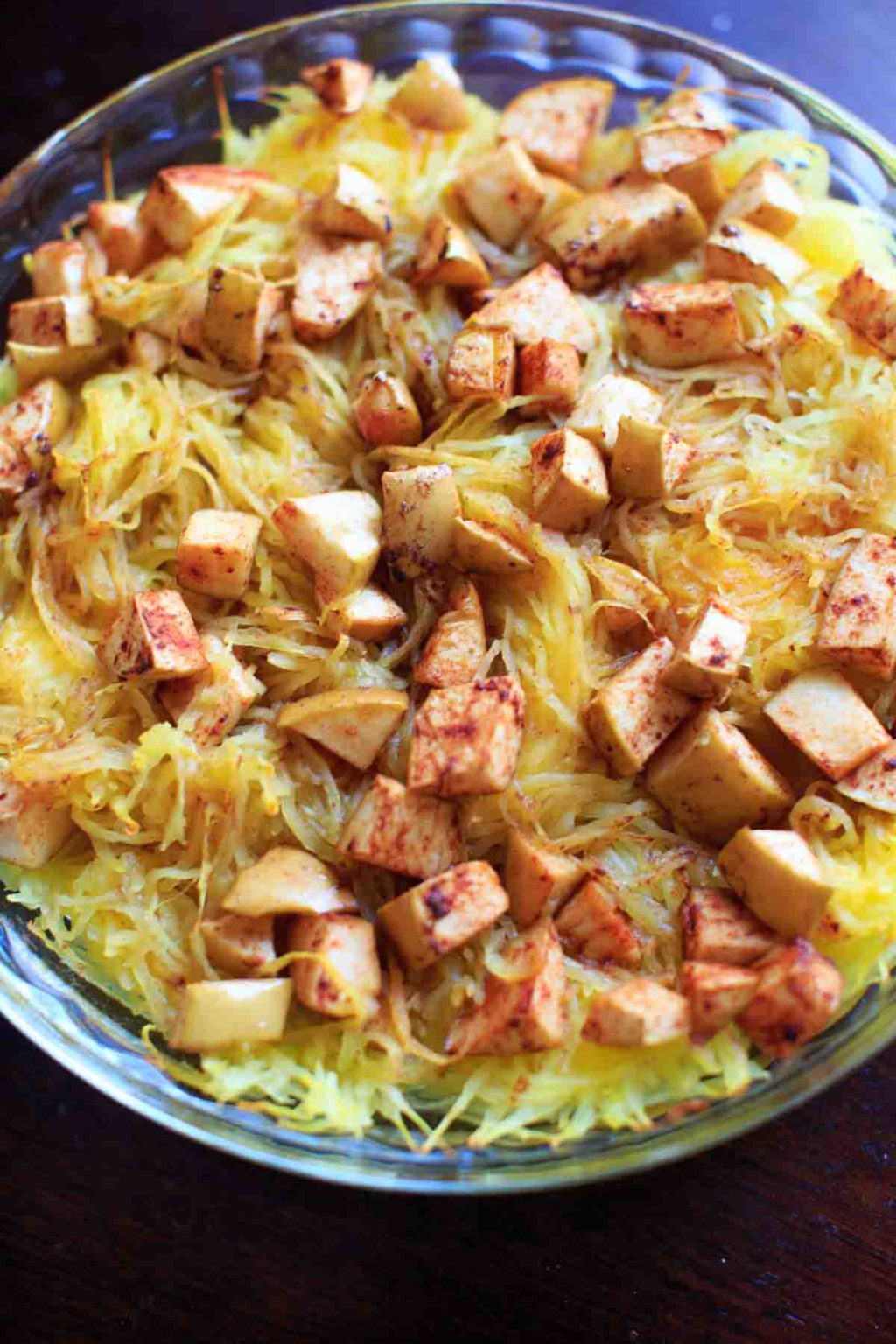 The original recipe calls for 4 tablespoons of butter, but I substituted olive oil to make it vegan. I was tempted to use coconut oil, but haven’t tried that yet.

Use this guide to decide how to cook your spaghetti squash, put it in a casserole dish and then cover with olive oil. (Or butter if you decide not to go the vegan route.)

I made a quick video for you too:

Since the squash is already cooked, the baking is just to let the flavors all blend together. I kept it in the oven about 25 minutes. 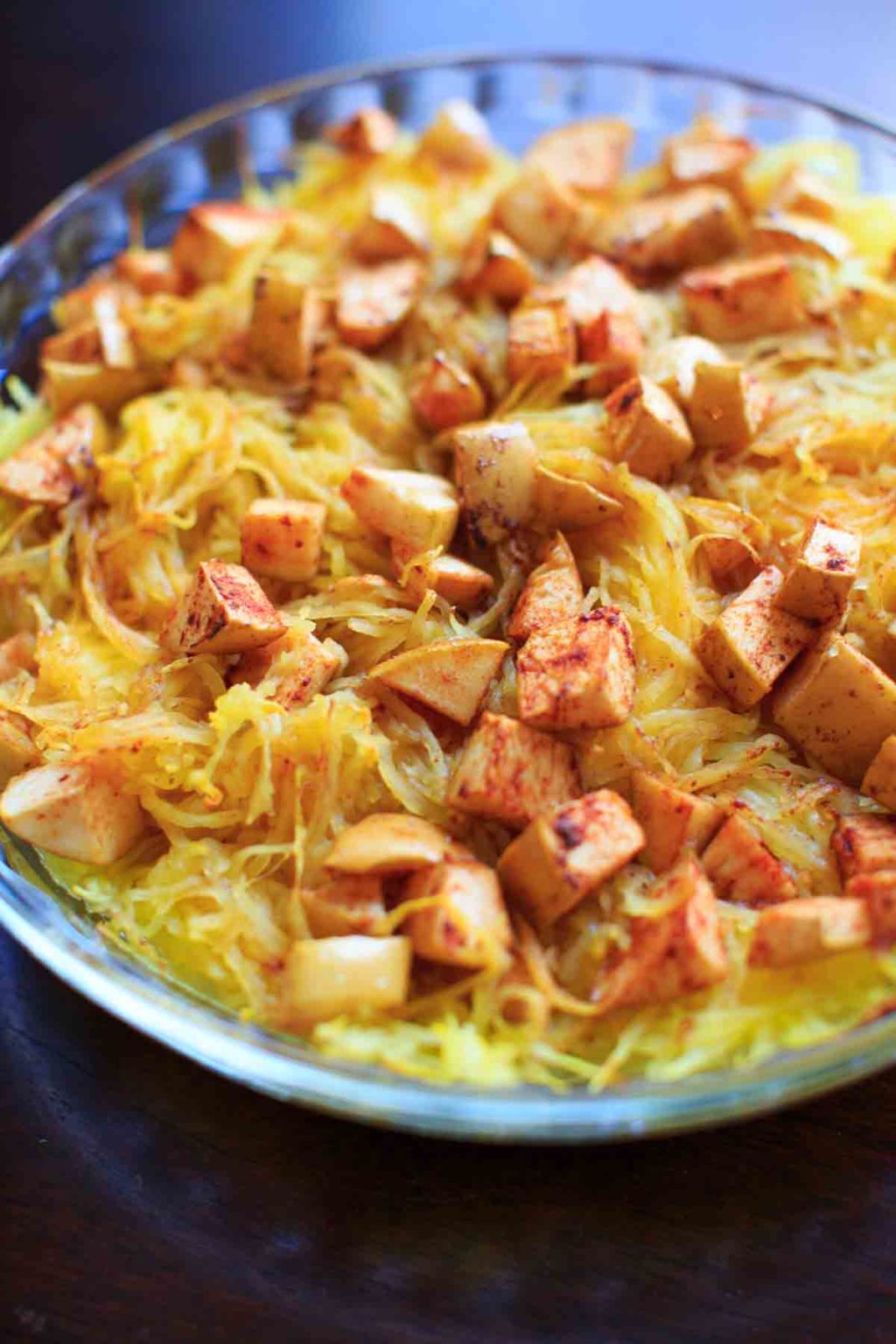 You can always top off with more maple syrup or cinnamon if you think it needs it after taking it out of the oven.

It’s a super simple side dish!

Prep time includes time for cooking spaghetti squash in the oven at 350F for 45 minutes.

Made this recipe and loved it. I thought it was a bit overly sweet, so I plan on making it again with about 1/2 the amount of maple syrup. DELICIOUS!

I made this last night and it is delicious! Great flavor combination and the apples add a nice texture...my favorite spaghetti squash recipe!