Two things I have an obsession with lately – blueberries and coconut oil. So I'm only surprised this recipe didn't happen sooner.

I didn't know whether to call this a “crisp,” “cobbler,” or “crumble.” So I had to do some research.

Turns out, crisp and crumble can be used interchangeably. So I just call this a blueberry crisp crumble because it's fun to say. And because it's a challenge not to say “Kris Kringle” instead of crisp crumble because for some reason that's what wants to come out of my mouth. Is that a form of dyslexia? (See: bang bang cauliflower for another example of my word mix-ups.)

A crisp, or crumble, is fruit with a topping of some combination of flour, oats, nuts, butter, sugar. A cobbler is fruit topped with batter or biscuit crust, usually not entirely covering the fruit (like a cobblestone sidewalk). I also learned words such as “buckle” or “grunt” or “brown betty” but you can read about those here if you want.

The things I learn while writing recipes never ceases to amaze me! 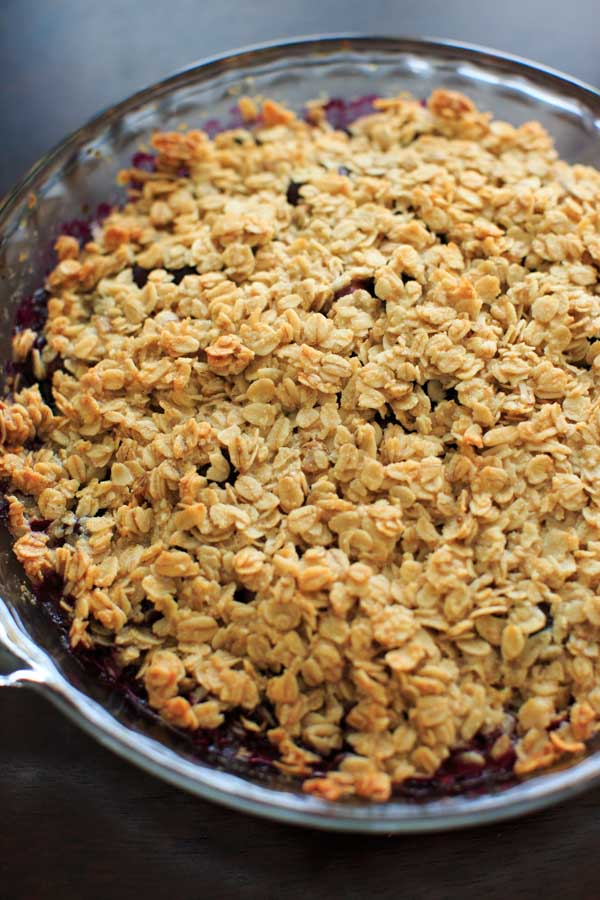 Anyway, the problem with crisps or crumbles or whatever you want to call it, is a lot of time there seems to be a lot of added sugar. As per usual, I wanted to make a healthier version that wouldn't sacrifice on flavor. 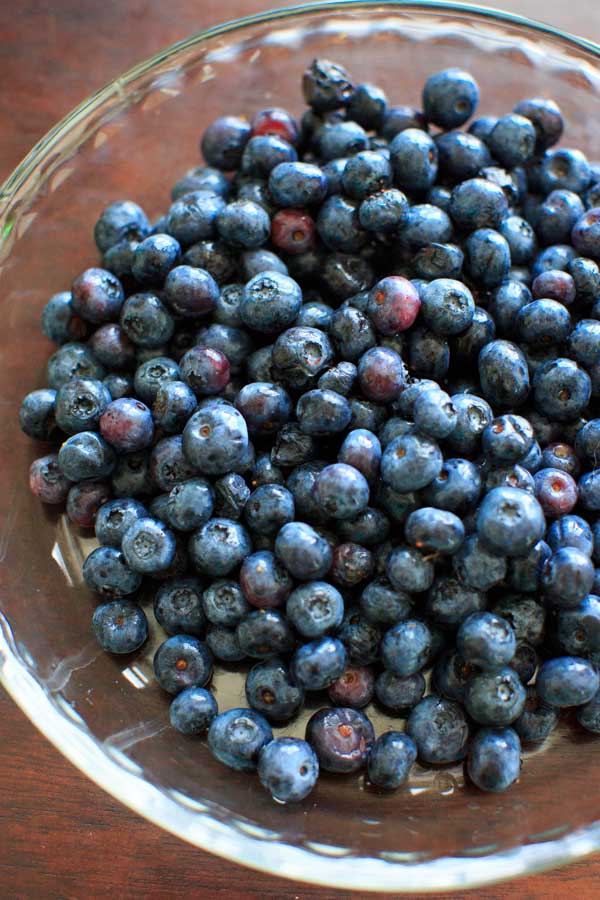 Blueberries are already so sweet, so I didn't miss the sugar.

Though I won't judge if you want to add more honey/maple syrup to sweeten, and/or serve the blueberry crisp crumble with some ice cream.

I used oat flour for this recipe, but if you're not trying to keep this gluten-free you can use regular flour. 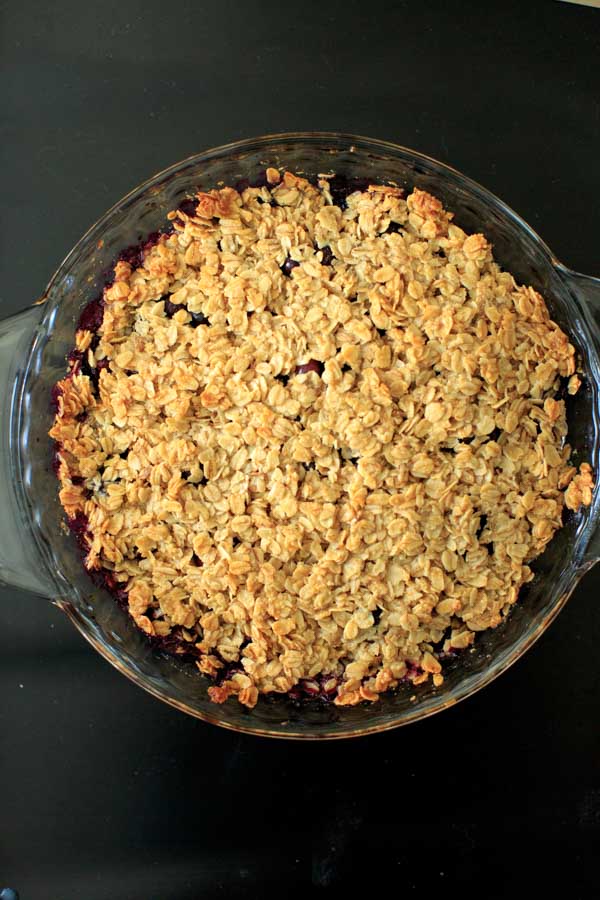 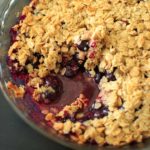