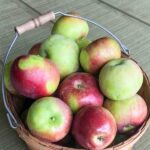 Have you ever picked your own apples?

I went on my first apple picking experience at Sky Top Orchard (outside of Asheville, NC) this year. We left with a bucket full of apples and fresh apple cider for the road. 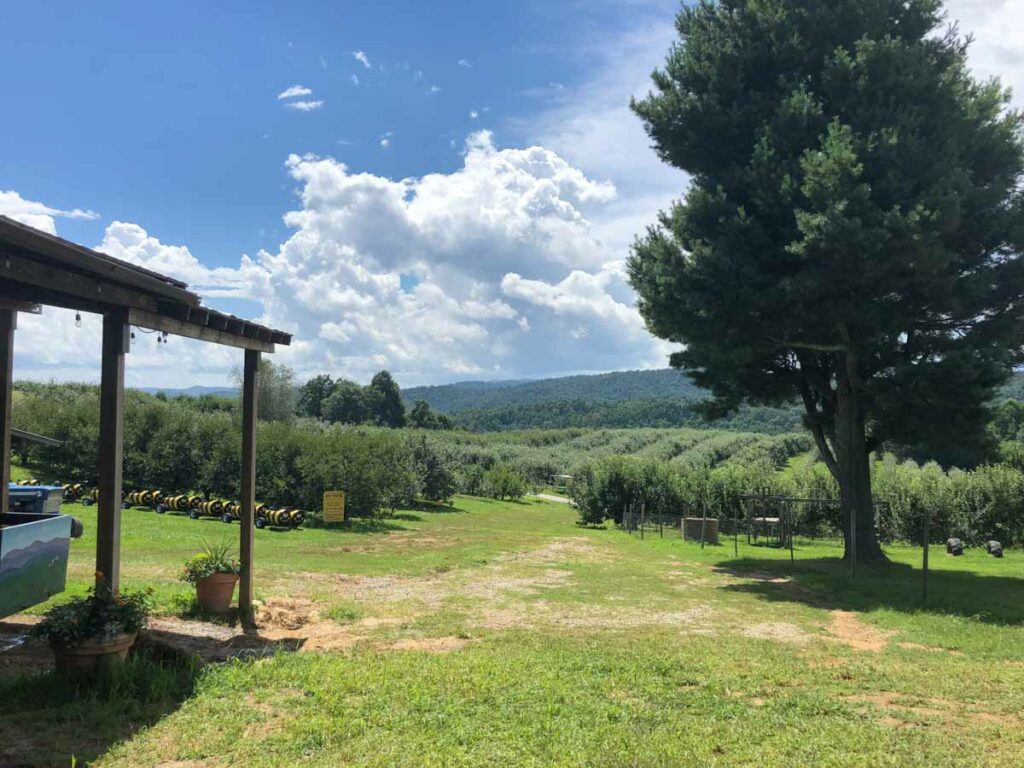 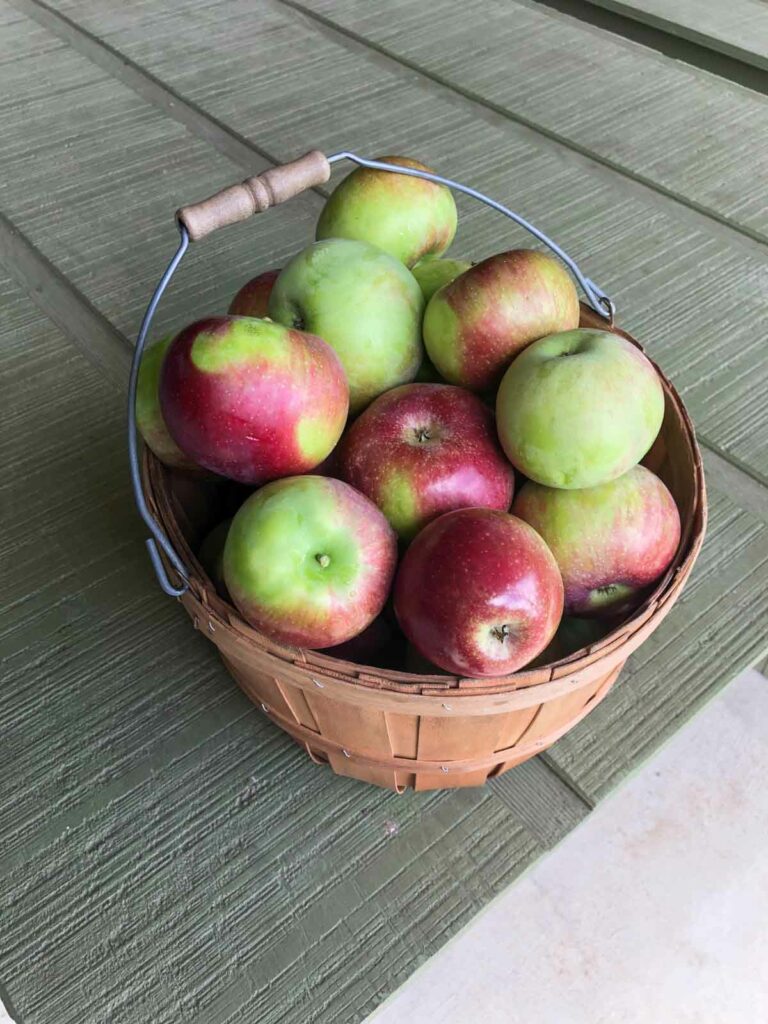 Since it was my first time going to a u-pick farm, I learned how quickly you can end up with more apples than you know what to do with!

Which begs the question: What to do with too many apples??

Lucky for you I have some ideas.

Here are 45+ vegetarian ways to use up your excess apples from your apple-picking haul!

Apple Nachos from Trial and Eater – Peanut butter + chocolate is obviously my fav, but you can also get creative with your toppings! 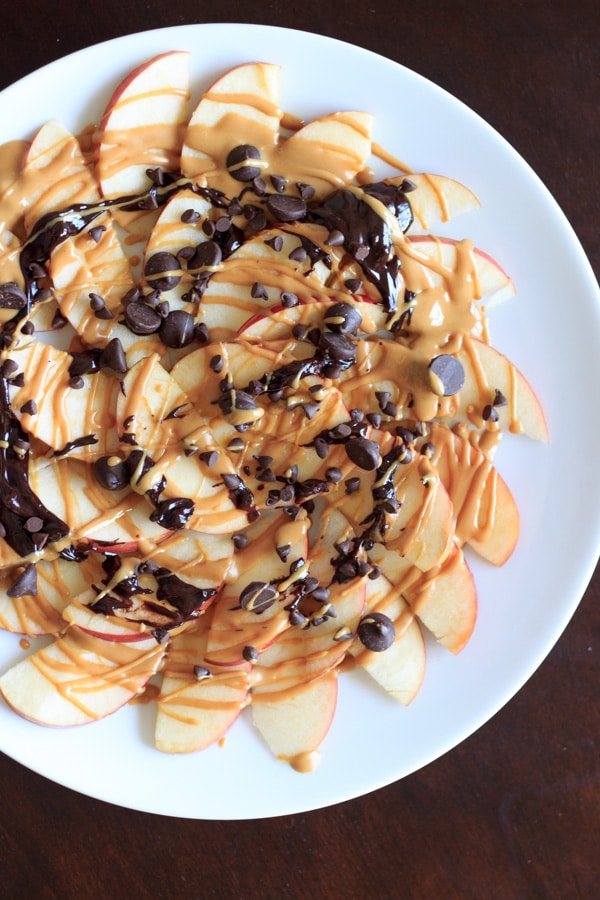 Apple Matchsticks from Trial and Eater – a unique sweet and spicy snack!

Sweet Potato and Apple Fruit Leather from Learning and Yearning

Cinnamon Apple Chips from Trial and Eater – since these are made without added sugar, they are a healthy snack! 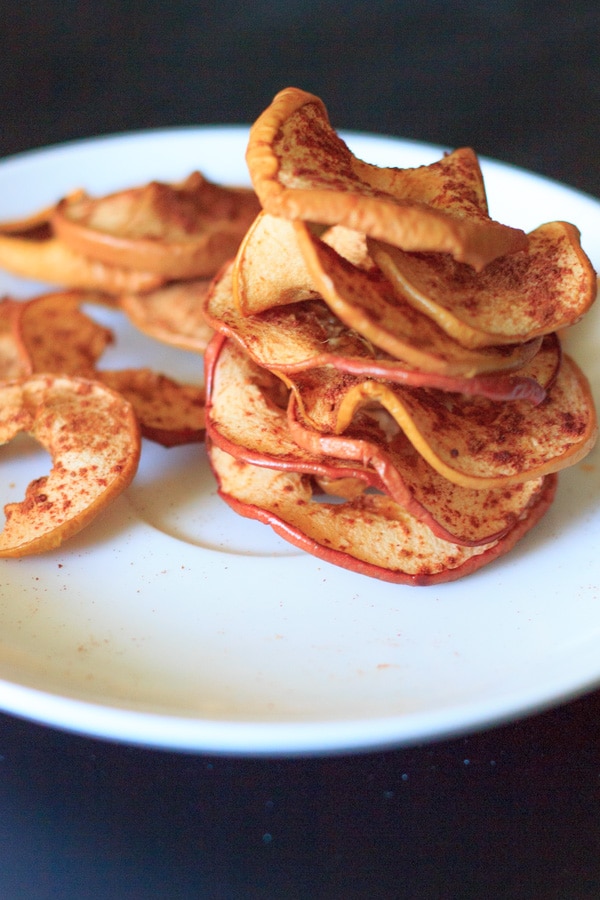 Fruit Salsa and Cinnamon Chips from Trial and Eater

Apple Roses from Foolproof Living – have you ever seen apple roses? Almost too cute to eat!

Homemade Applesauce from Thyme and Love

Apple Pie Filling from Beyond the Chicken Coop

Apple Sugar from Learning and Yearning – I didn’t even know this was a thing, but it seems like dehydrated applesauce!

Add Apples to your Veggies! 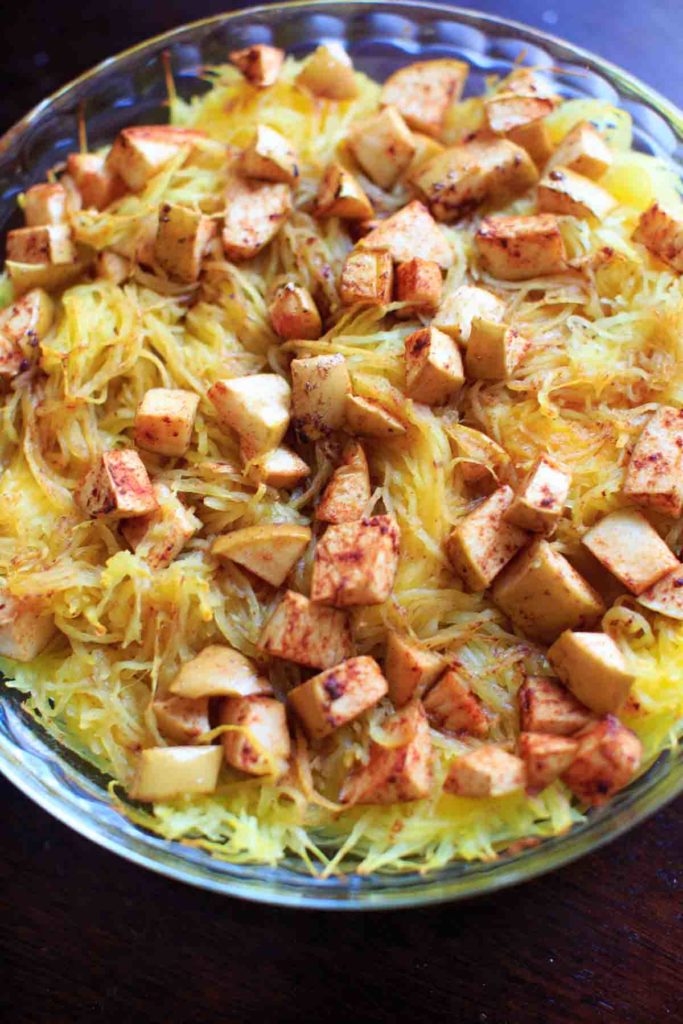 Grown-up Grilled Cheese Sandwich from Trial and Eater – with two kinds of cheese, tomatoes, and a crunch of apple! 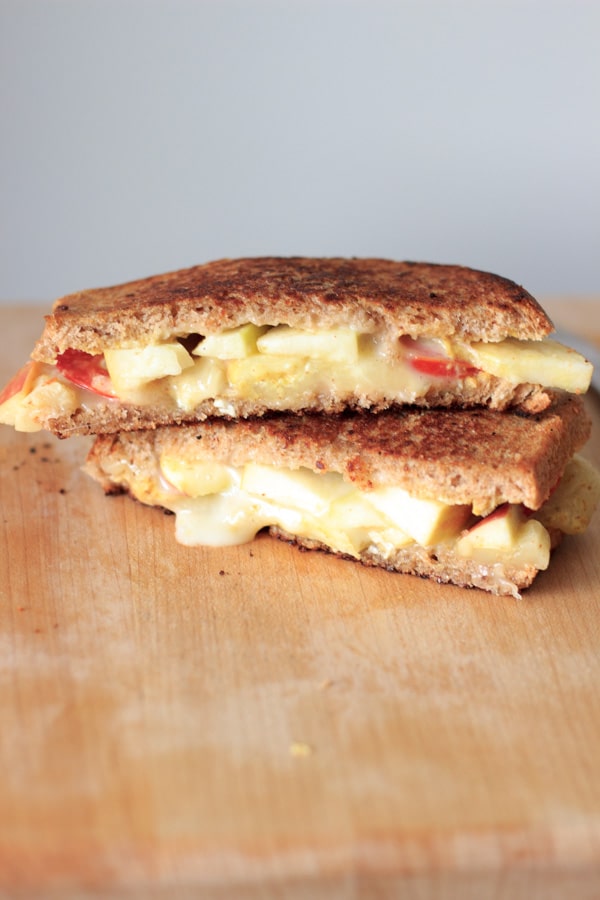 Use apples in soups! 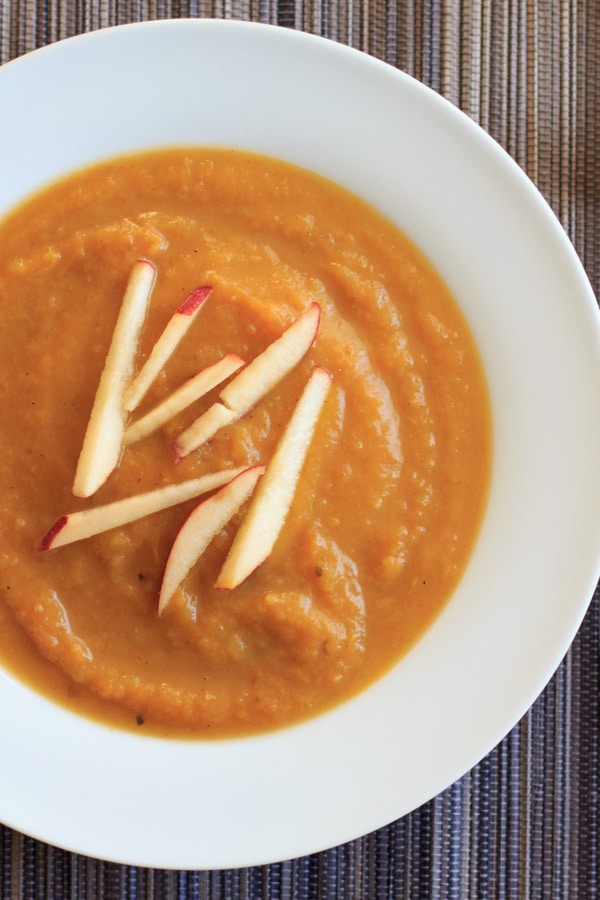 Use apples in baking!

Baked Apples with Cashew Cream from Plant Based Cooking

Cocoa Apple Cake from Beyond the Chicken Coop 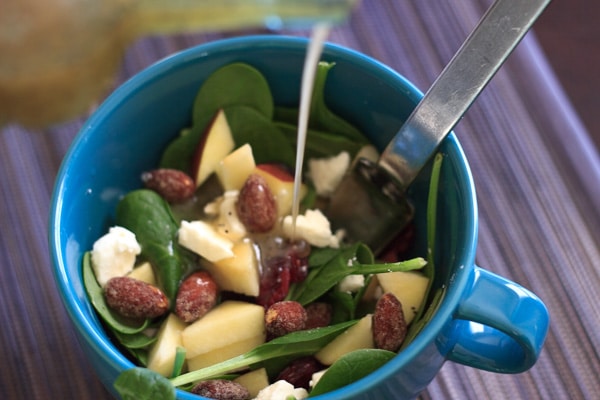 Avocado Egg Salad with Apples from Trial and Eater 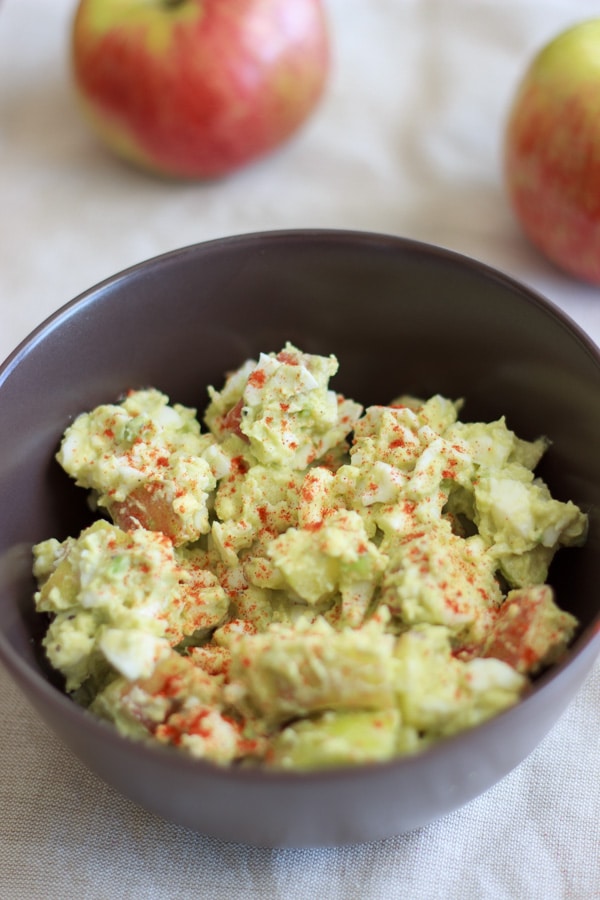 Or you know, eat them apples right off the tree! The goats at Sky Top Orchard sure wanted to. 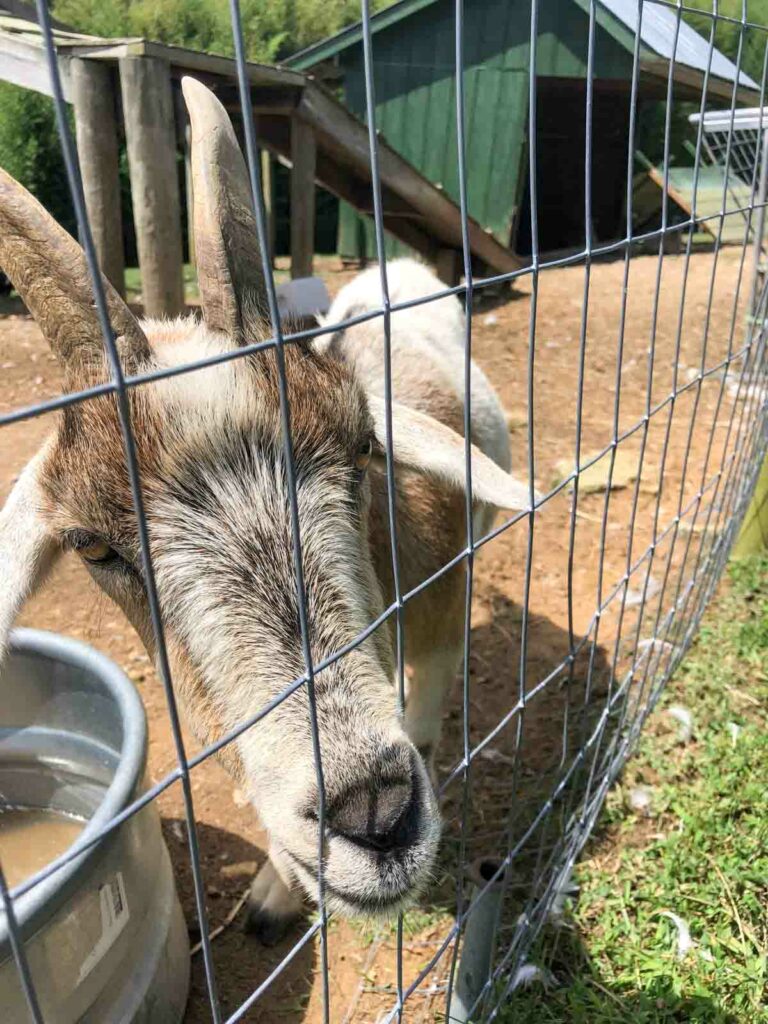 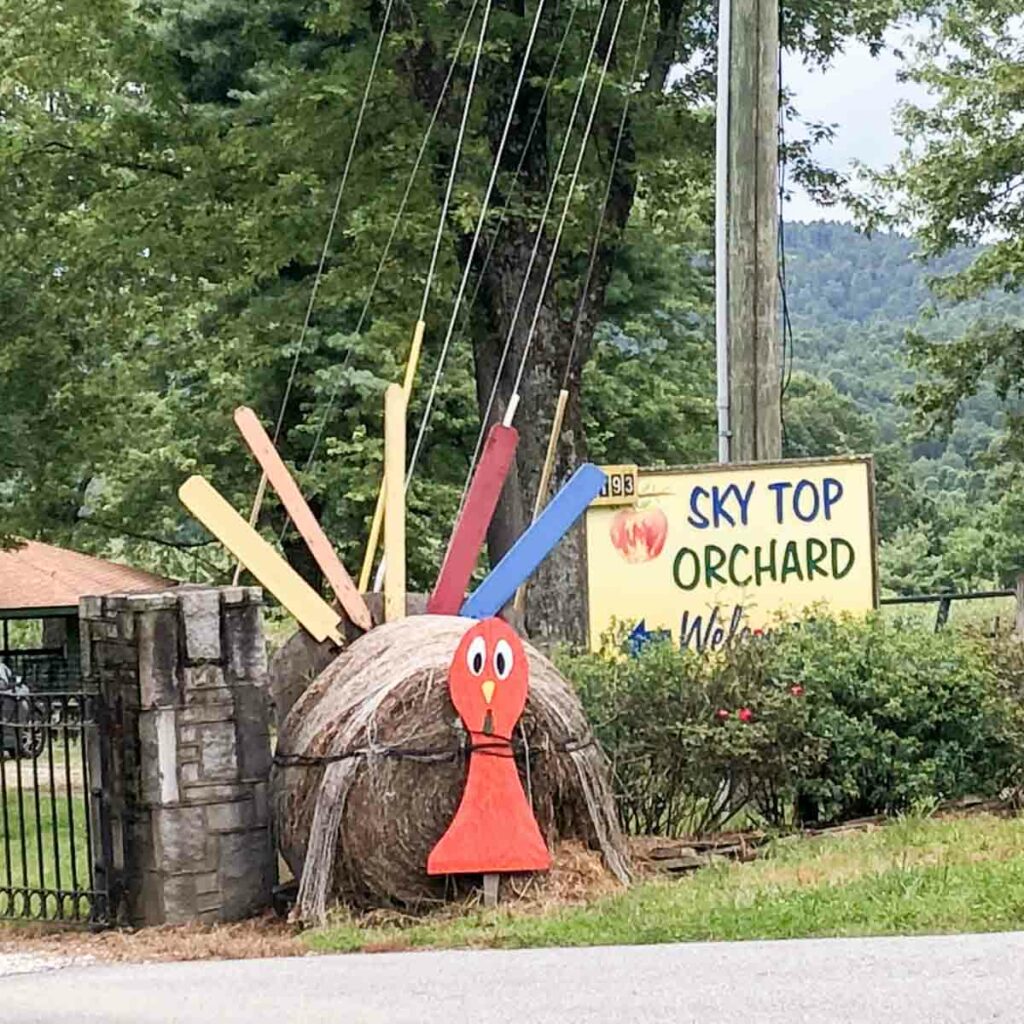 Tell me – what are you going to make with all your apples? 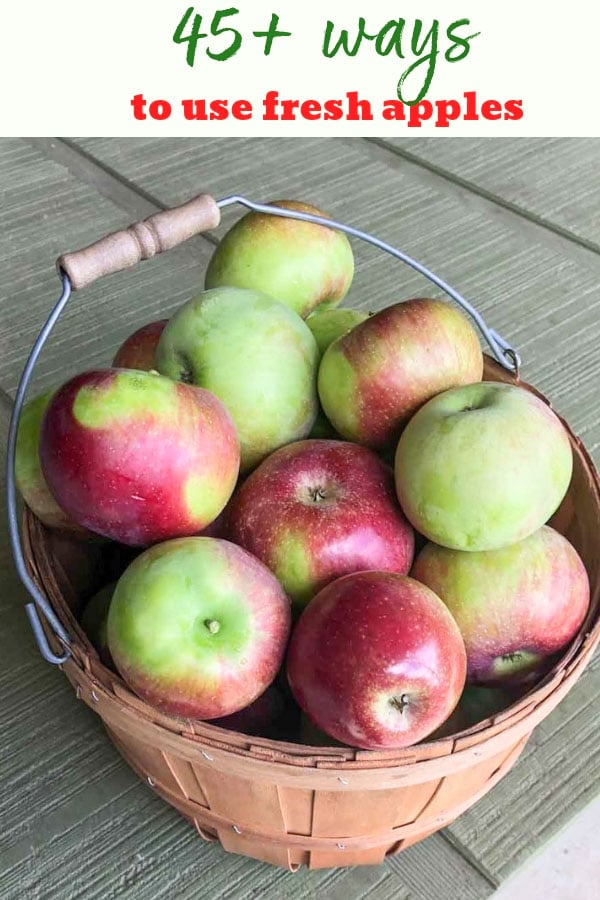 That's such a great apple recipe resource. I never thought of making my own apple cider vinegar, so I 'm pretty excited about that :D

So many good ideas! I love going apple picking in the fall. It's one of my favorite yearly traditions. I'll definitely keep this post in mind for next year's trip! Thanks for including my recipe.

What a great list of recipes! Thanks for including my Apple Cornbread! :)