Spicy and sweet and weirdly addicting – I call them apple matchsticks! 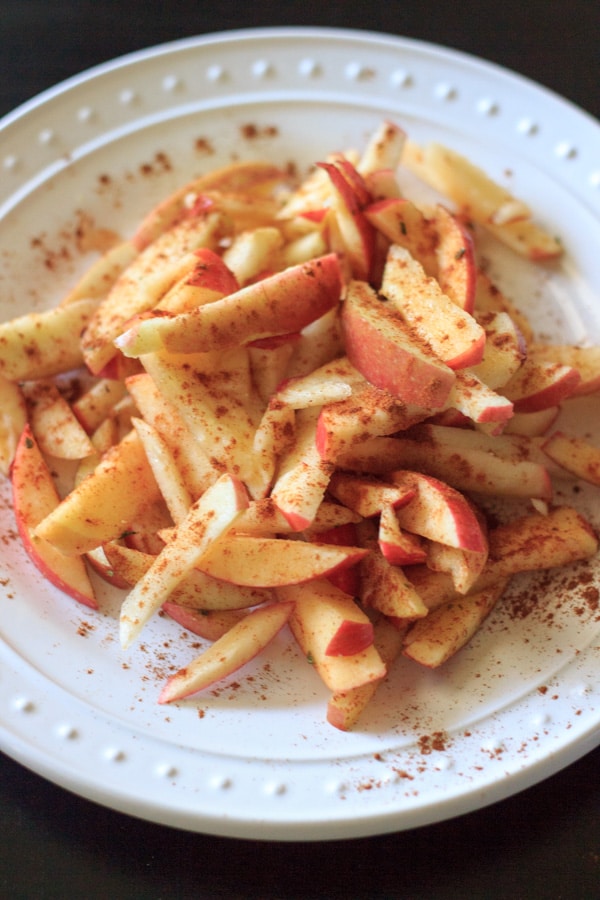 Welcome to the second installment for my week of simple apple recipes!

I call these apple matchsticks.

These sort of happened by accident. Originally these were going to be matchstick fries.

So even though these aren't matchstick fries, I feel like matchsticks is still an appropriate name since they have a spicy kick to them. They are strangely addictive, beware!

Just cut up a couple apples into small, fry-size slivers. Sprinkle lime juice and salt over the slices, and add some cayenne pepper. (Start small, just a sprinkle at first!)

If you like it pretty spicy, you can leave as is – or you can add cinnamon to taste until the spiciness is at a tolerable level for you. This is a good metabolism booster as well, with the cayenne and cinnamon!

Think of it as a “master cleanse” in edible form. (Side note: has anybody ever tried to drink one of those? WAY too much cayenne for my taste!) 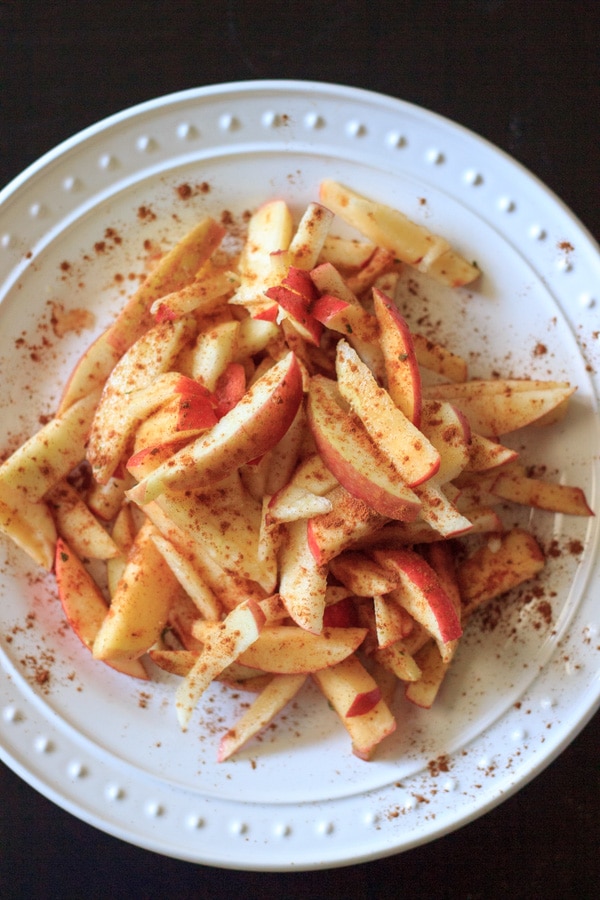 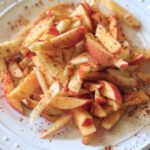