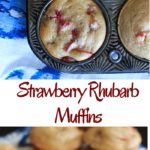 Strawberry rhubarb muffins with a dash of cinnamon, using greek yogurt instead of milk and applesauce instead of oil. This is a great way to bake with rhubarb and eat up some of your strawberries too! 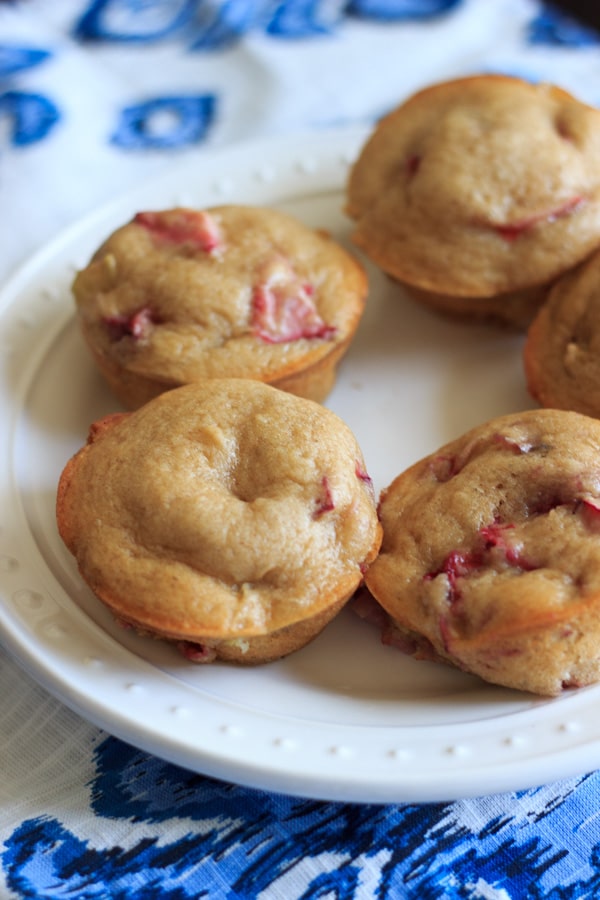 Confession time: I had never eaten rhubarb before these muffins.

Maybe I should say I never knowingly ate rhubarb, as I don’t think this was something my mom tried to slip in to meals growing up, but it can apparently be snuck into many foods. It’s a tricky little vegetable.

Side note: When I googled rhubarb I learned that while it is widely thought of as a vegetable, it actually is considered a fruit in the US for tax purposes. I don’t even really know what that means, but I felt like I should share.

Anyway, it felt like everyone was talking about rhubarb these days so I thought I should get in on the action.

Not really sure where to start, I found this recipe for cinnamon rhubarb muffins, and then I saw this one that added strawberries which sounded even better.

My recipe is kind of a combination of the two with a few extra changes of my own. I liked that the second of those recipes used greek yogurt instead of milk or butter, and I went one healthy step further and used applesauce instead of oil.

I also added more strawberries and rhubarb, just because I was feeling adventurous. 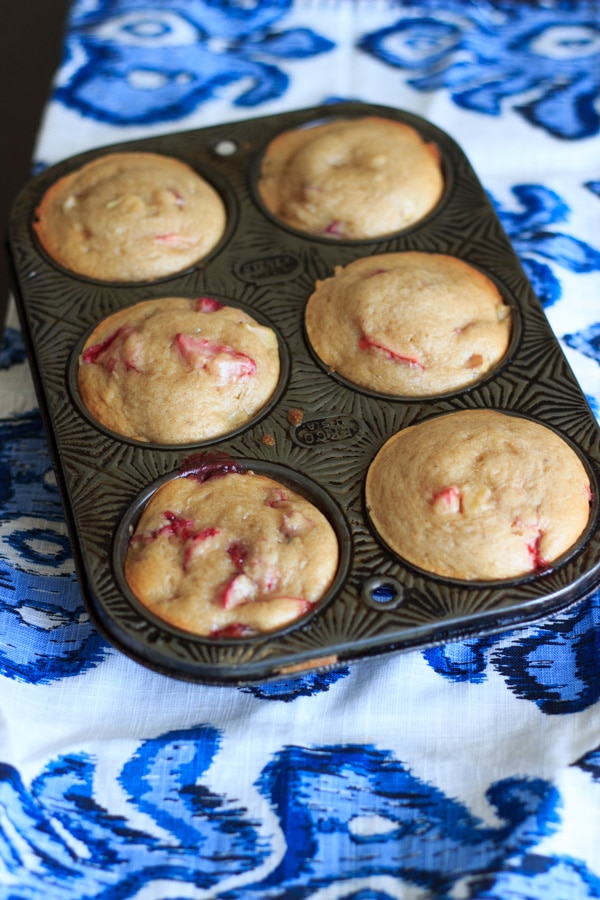 Since this was my first time trying rhubarb, I naturally wanted to taste it before I put a whole bunch in my muffins.

Nobody told me this was a bad idea – rhubarb on its own is quite bitter and not at all tasty. Enough so where I almost abandoned the whole idea of my strawberry rhubarb muffins and instead turn them into cinnamon strawberry muffins.

And then I read some more about rhubarb, learned this was normal, and realized that’s why everyone adds sugar.

The finished muffins were a great combination of flavors – there is still a hint of tartness from the rhubarb, but the strawberries and all other ingredients mask it just enough where it’s a balanced amount.

I wanted to make a rhubarb simple syrup to glaze these beauties with, but I didn’t get a chance to make it before all these suckers were gone. Whoops. 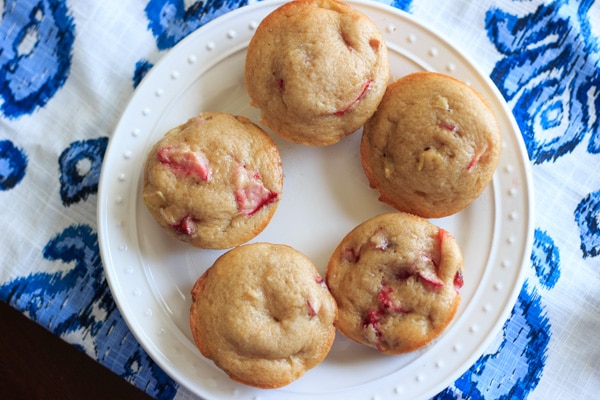 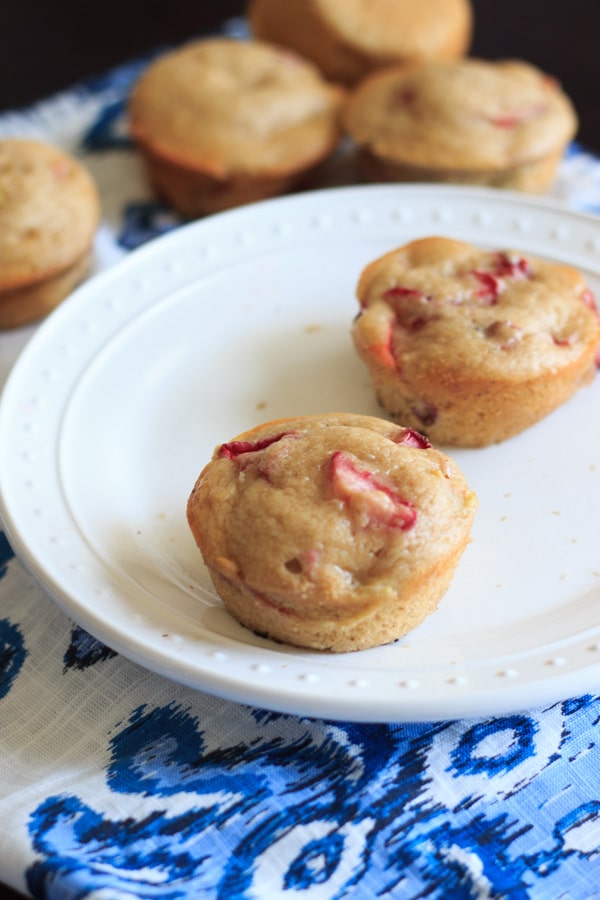 Have you ever baked with rhubarb? Tell me about your favorite ways to eat it!

Do you cook the rhubarb first? Thanks

Where in the instructions does it say to add the apple sauce?

Applesauce should be added with the other wet ingredients. Thanks for pointing that out!

I've never had rhubarb, but these muffins sure look wonderful and the colors really shine :)

Thanks Medha - the colors work together as do the flavors! Let me know if you try :)

These muffins look fantastic! Love strawberry and rhubarb together - they're the perfect summer combo :)