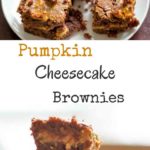 Pumpkin cheesecake brownies. For the days you can't choose between pumpkin, cheesecake or brownies, you can have it all in this dessert! 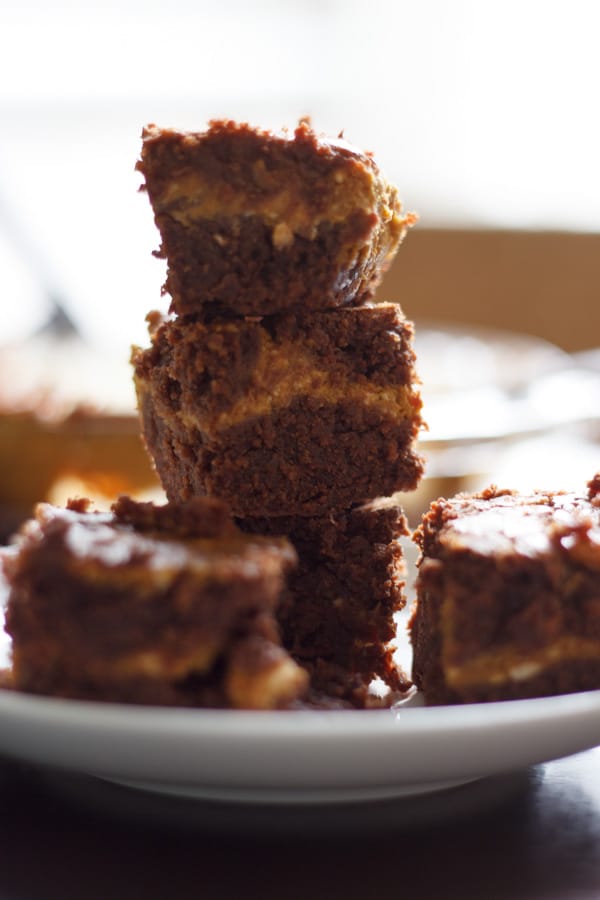 Continuing on my pumpkin kick, these brownies were inspired by this recipe for pumpkin cheesecake brownies from Jamie, with “My Baking Addiction.”

Jamie's recipe has a ganache, which looks super delicious but I chose to leave it off. I also used a different kind of chocolate, and increased the amount of pumpkin swirl ingredients.

Mostly because I didn't want to only use half a box of cream cheese, but also because a little more pumpkin never hurt anybody. Right?

Just make sure you use a big enough baking pan. I used a 9 inch round pan, any smaller probably would have overflowed. Apparently I used more than half of the brownie batter in the first layer, you can see the pumpkin layer peeking out of the edges. But that's okay.

My attempt at drawing a pumpkin on top somehow made crack that turned into a smiley face, don't ask me how. Can you see it? 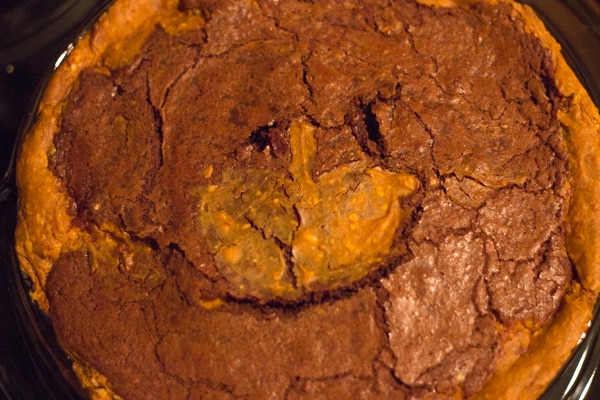 My friends and I ate half the pan before I was able to take any more pictures. Oops? 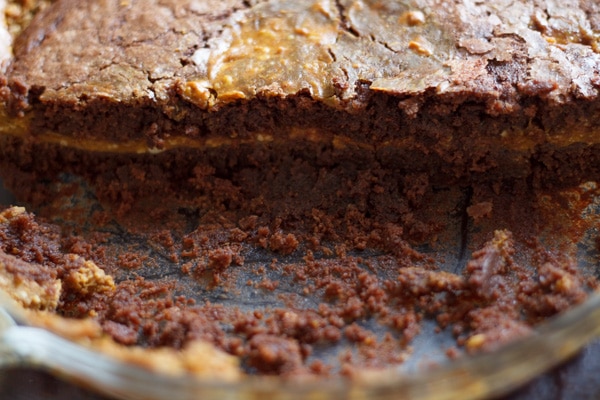 These brownies definitely won't last long before everyone eats them up.

I remember for a graduation party once, my mom and I made cheesecake brownies. I was so in love with those brownies and so disappointed when party guests ate them all (or took them home) before I got my fill.

This is even an extra level of deliciousness from that, because they have pumpkin! 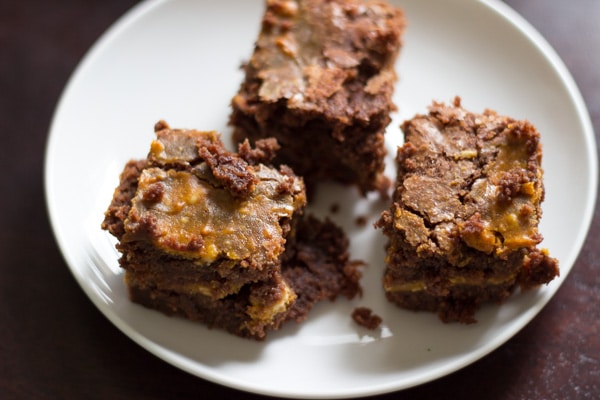 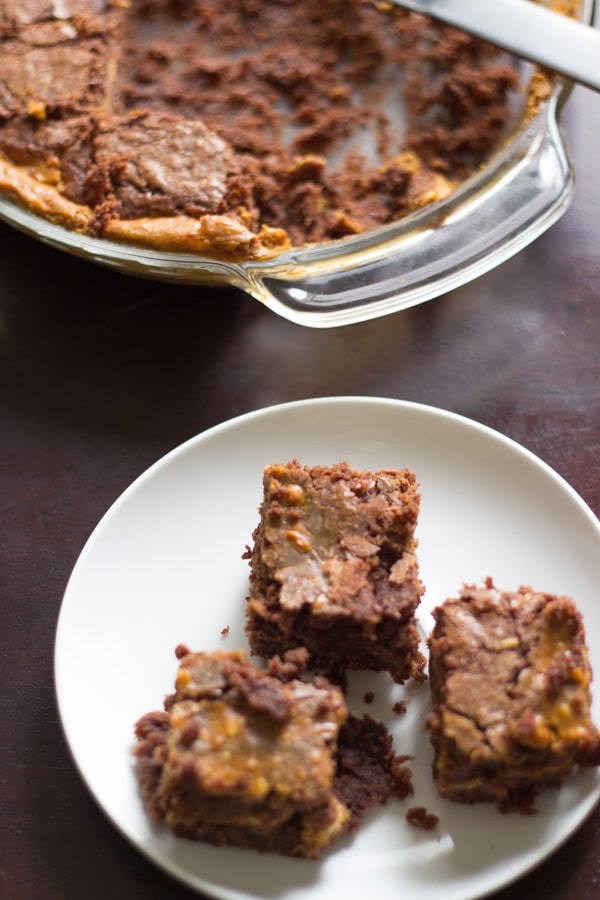 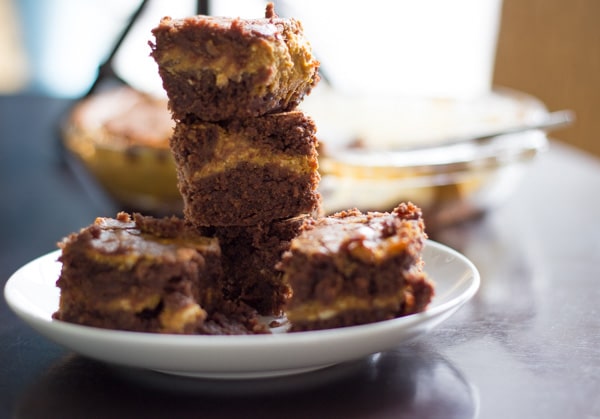 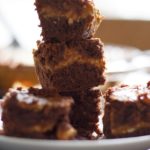 Pumpkin cheesecake brownies. For the days you can't choose between pumpkin, cheesecake or brownies, you can have it all in this dessert!
Course Dessert
Cuisine American
Prep Time 15 minutes
Cook Time 45 minutes
Total Time 1 hour
Servings 20 brownies
Author Kelly @ Trial and Eater

For the pumpkin layer:

Recipe adapted from My Baking Addiction

Recommended and useful items for this pumpkin cheesecake brownies recipe:

*There are affiliate links within this post that we can earn a commission on at no extra cost to you. Thank you for helping to support the site!