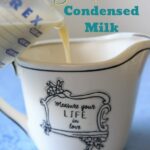 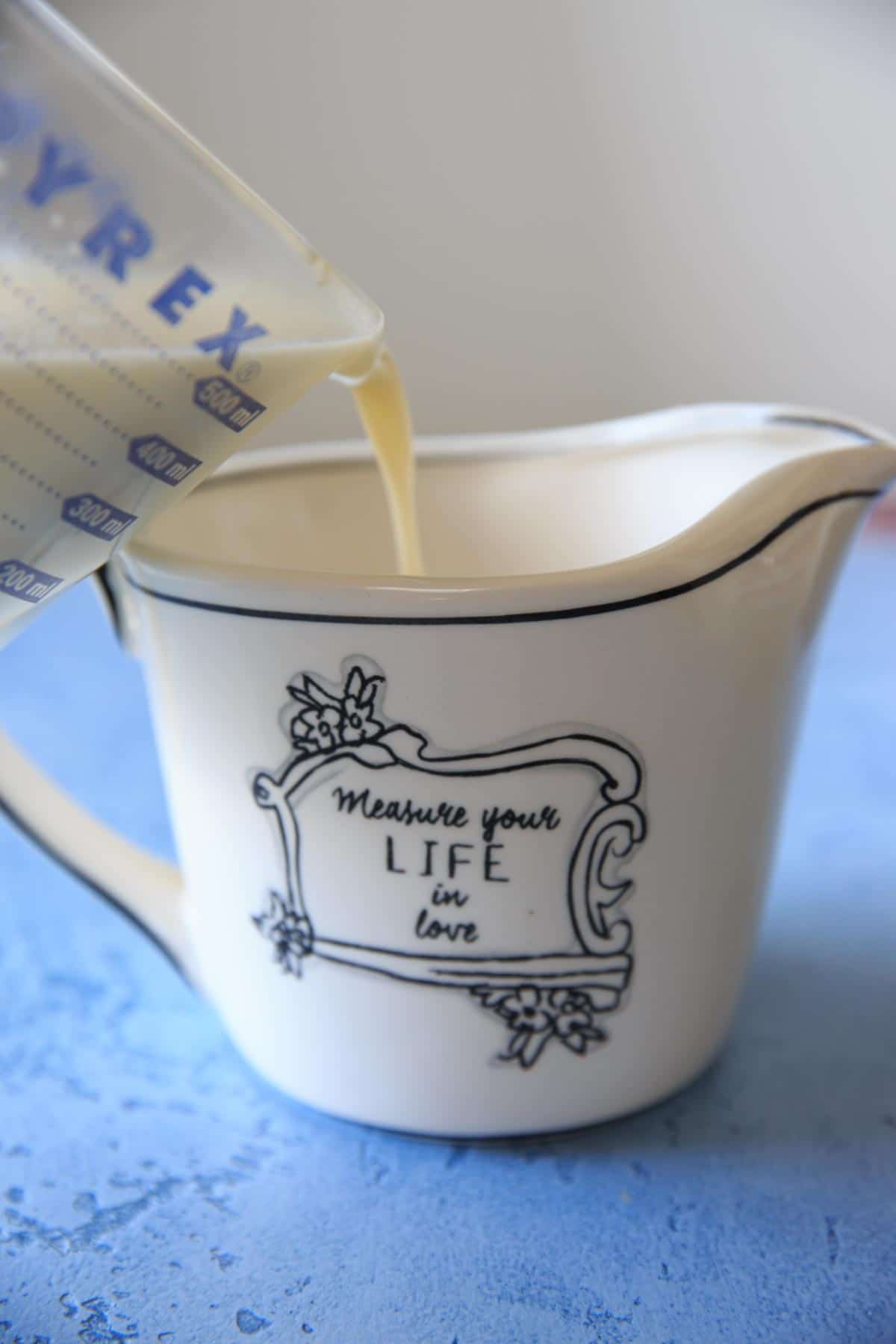 Recently I was developing an ice cream recipe (coming soon!) and decided to make it a no-churn recipe – which meant it needed sweetened condensed milk.

Sweetened condensed milk seems like such a forbidden ingredient, so I hardly ever keep it in my pantry. But then I realized, it's literally just sugar added to milk! And simmered down – or condensed, if you will.

So yes, sugar is not the healthiest thing on this planet. But for some things, sugar is needed! Ice cream without sugar would just be like, cream.

Though if you want, you could also make sweetened condensed milk with other sweeteners like honey, maple syrup, coconut sugar, and the like.

Also (as I do), I cut back on the sugar just a bit. Some recipes I saw had a LOT of sugar – but after some point it's all just sweet, isn't it?

So keep this in mind when making your own depending on what you are using it for.

Which brings me to the question…

What is sweetened condensed milk used for? Baked goods, ice cream, to sweeten coffee or tea (like in Vietnamese coffee!), make dulce de leche, or just pour it over stuff.

And all you need is milk, sugar and a pinch of salt (but really not even the salt).

Whole milk works best because when you are simmering down, the fat will be left from the milk while evaporating the water. Want to make it vegan? Try full-fat coconut milk! 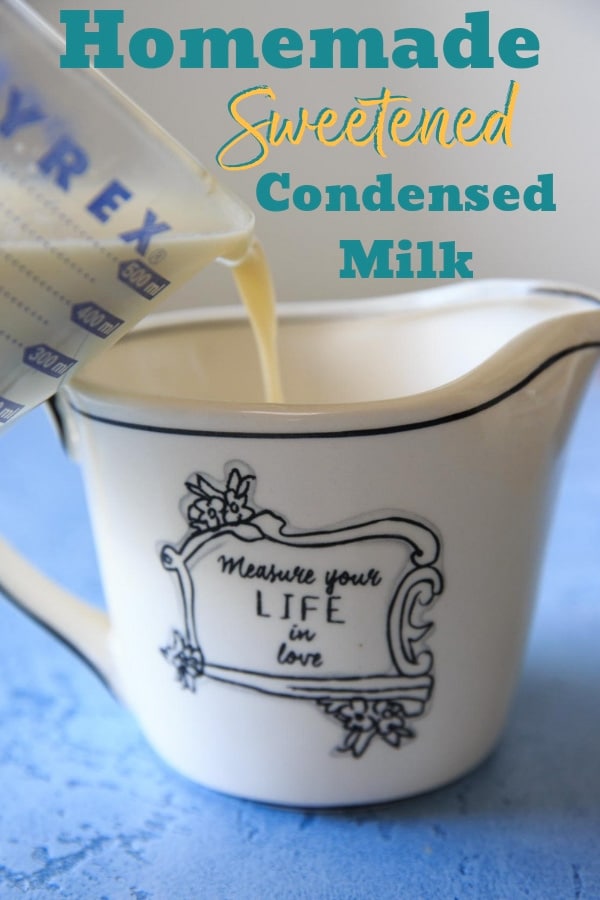 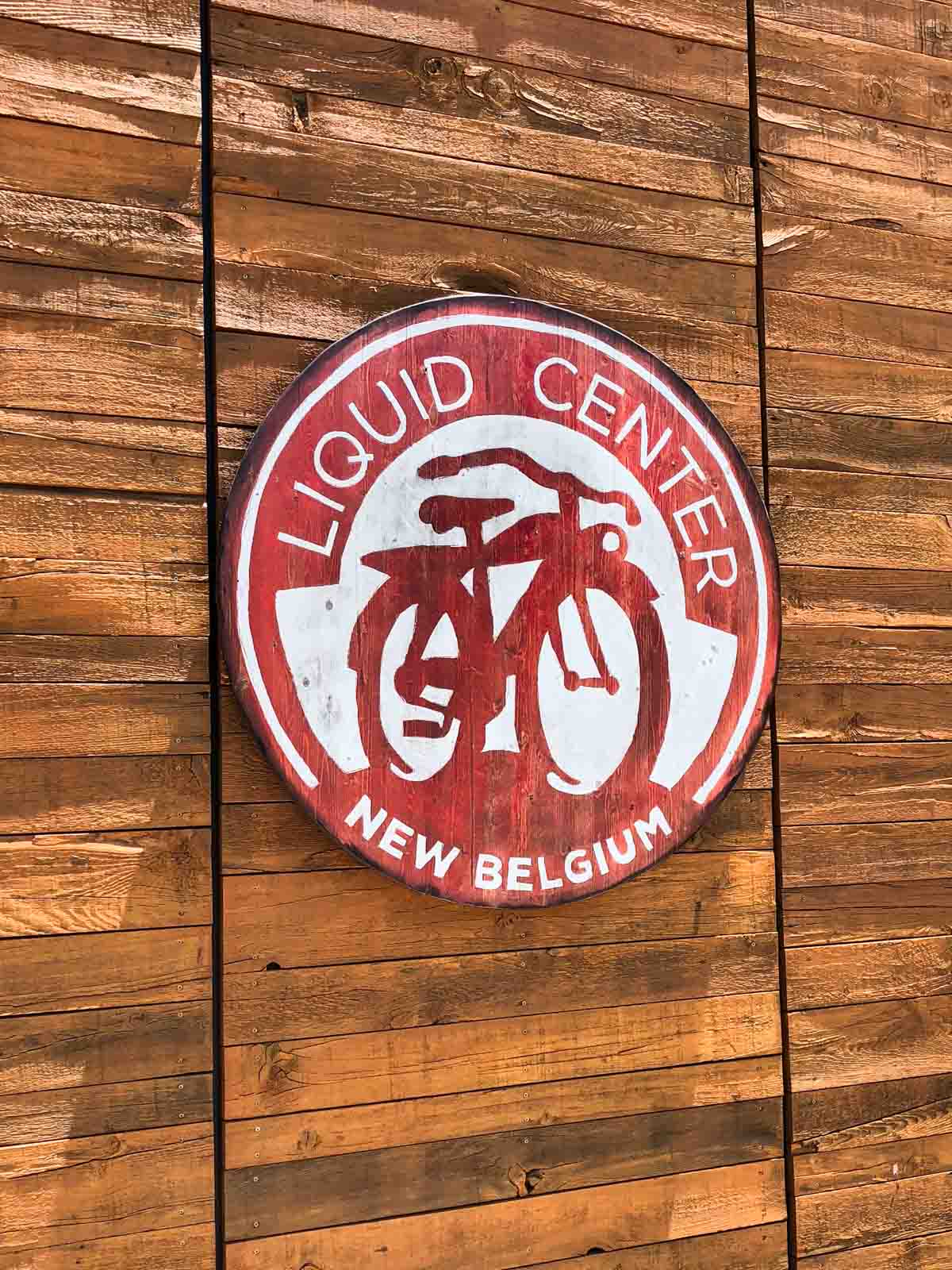 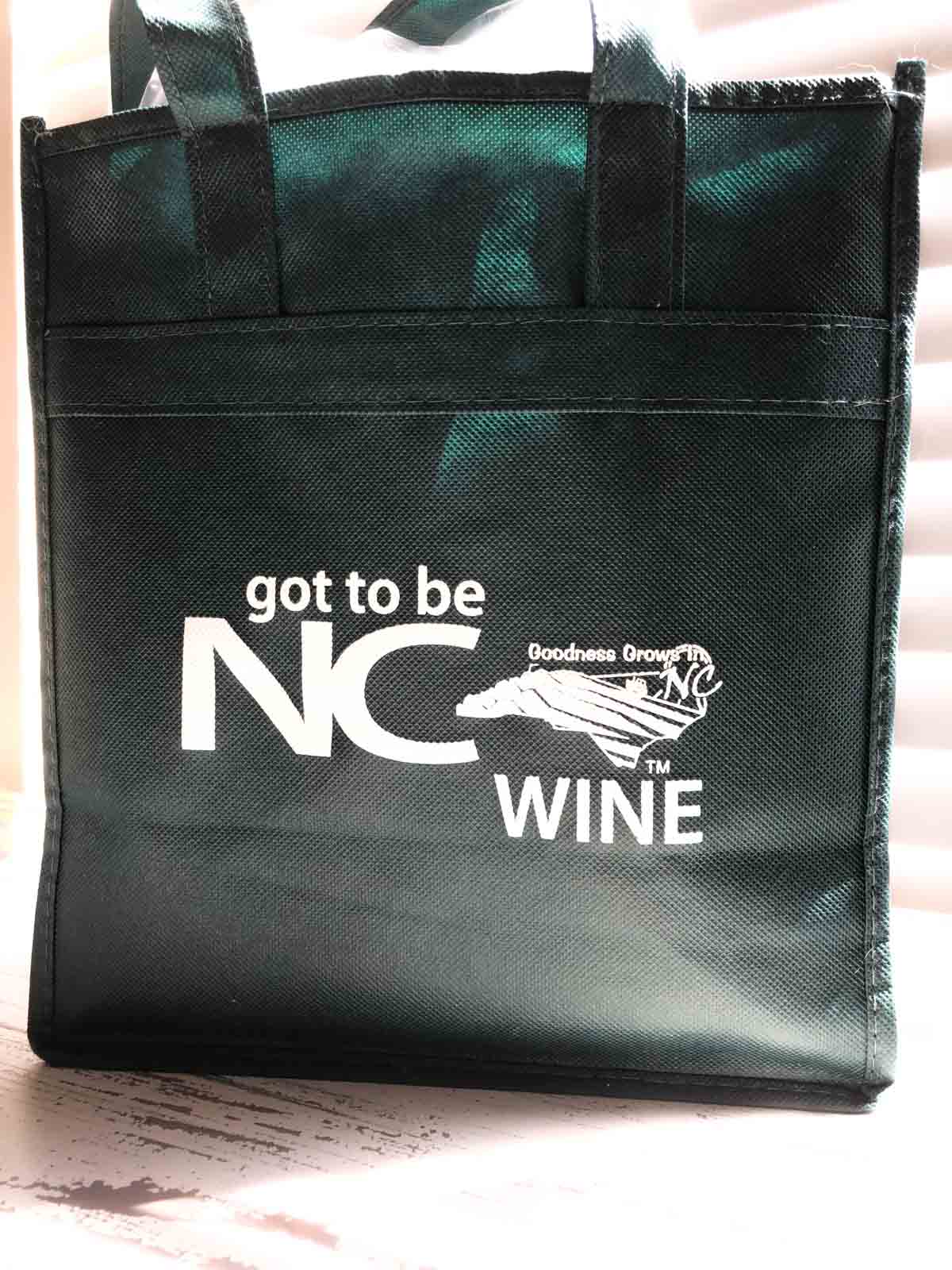