Ever since I went strawberry picking, I've been a little obsessed with finding ways to use them up.

Joy also has great step by step photos for how to make this lovely dish – my hands were entirely too sticky to try to do the same, please forgive me. 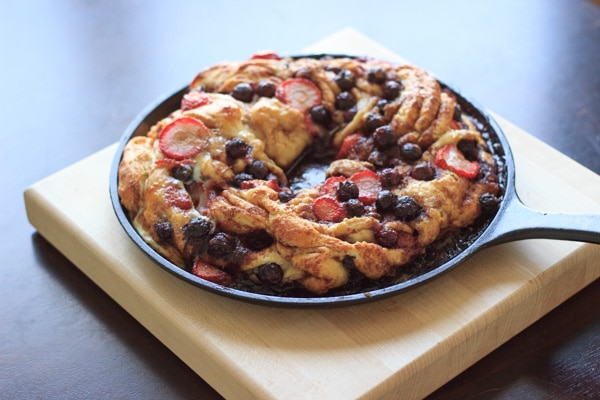 I know, I know, it looks pretty amazing right? That must mean it's pretty complicated, right? Nope!

It's actually much easier than I thought it was going to be, and also much more forgiving than I expected. I'll explain what I mean in a minute. 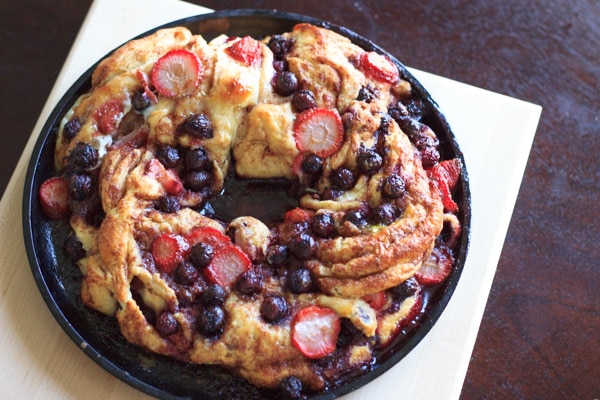 You make the dough and then roll it out into a rectangle shape, adding a cinnamon mixture and fresh fruits inside.

Then, you need to roll it up into a log, cut it in half, and twist it together.

My problems started when I began to roll up the dough into a log – my dough stuck to the counter and got several mini (large) holes in the dough in the process.

Twisting it together made it even a little bit worse, so fruit and cinnamon was spilling out everywhere. Every. Where. 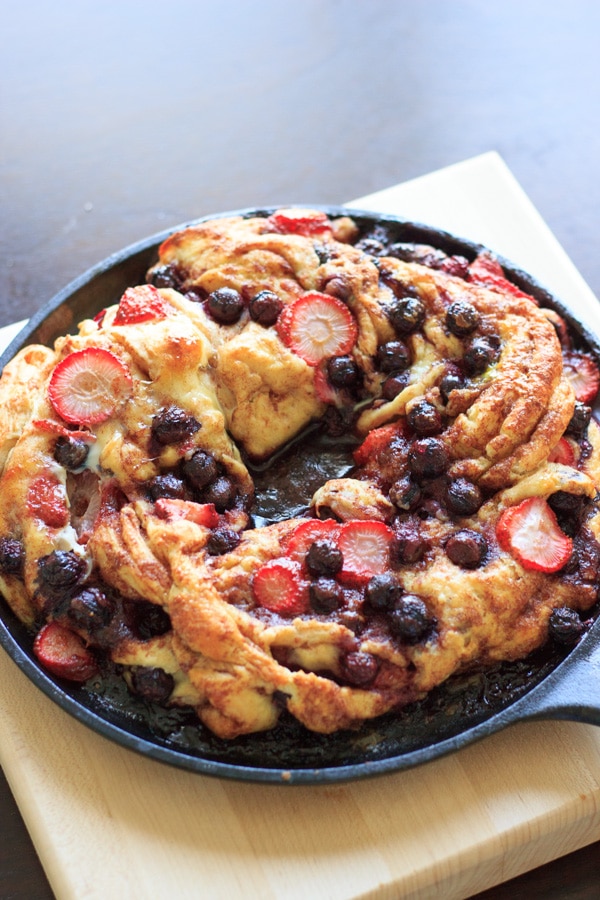 Though I think all things considered, it actually makes it a little prettier for the fruit to be more on display, no?

So maybe try to make a few holes yourself. I dare you. I double berry dare you. 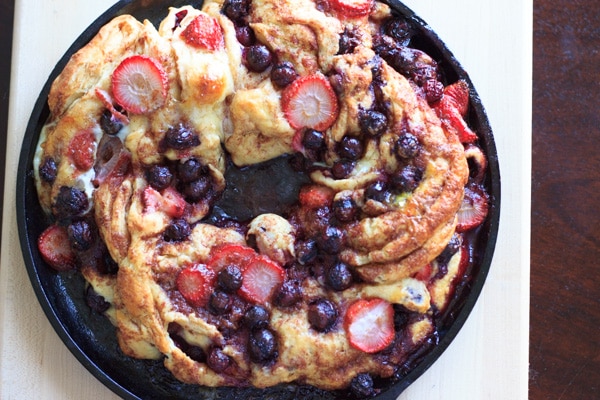 I only used two types of berries – blueberries and strawberries – but you can use 2 cups of whatever combination you want. (The original recipe also included blackberries.)

You'll brush with the egg white leftover from the dough in order to get that nice golden brown glow.

Top with powdered sugar if desired.

Let me know how yours turns out! 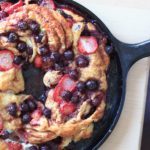 Adapted from Joy the Baker. Link includes handy step by step pictures for creating and shaping the bread.