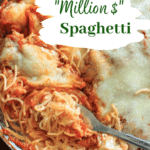 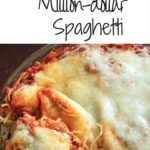 Meatless Million Dollar Spaghetti – A vegetarian spin on the pasta casserole with a cream cheese layer that “tastes like a million dollars!” 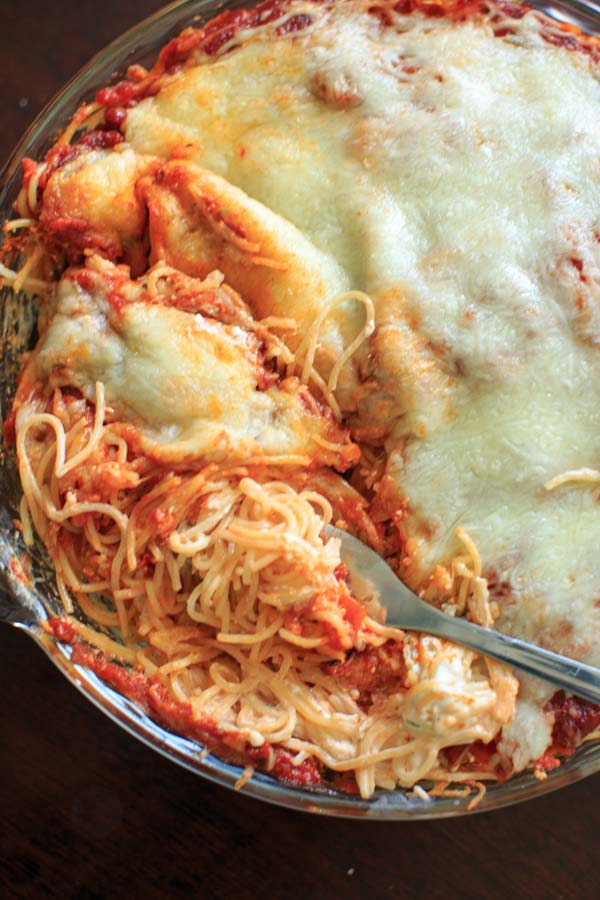 So you’re probably wondering why this is called “Million Dollar Spaghetti?”

As far as I can tell, the recipe originated from here and named it that because: it tastes like a million dollars!

The reason I’m clarifying “vegetarian” even though every post on this blog will be vegetarian, is because the original recipe has a pound of meat as one of the layers.

It also contains a WHOLE STICK of butter. I decided to halve the amount of butter considered calling this “thousand dollar” spaghetti instead because of those modifications, but I didn’t think it was fair. Half a mil pasta?

Either way it’s good! If you decide to add 8 tablespoons butter instead of 4, it’s probably even better. But I like to cut corners a little bit where I can. 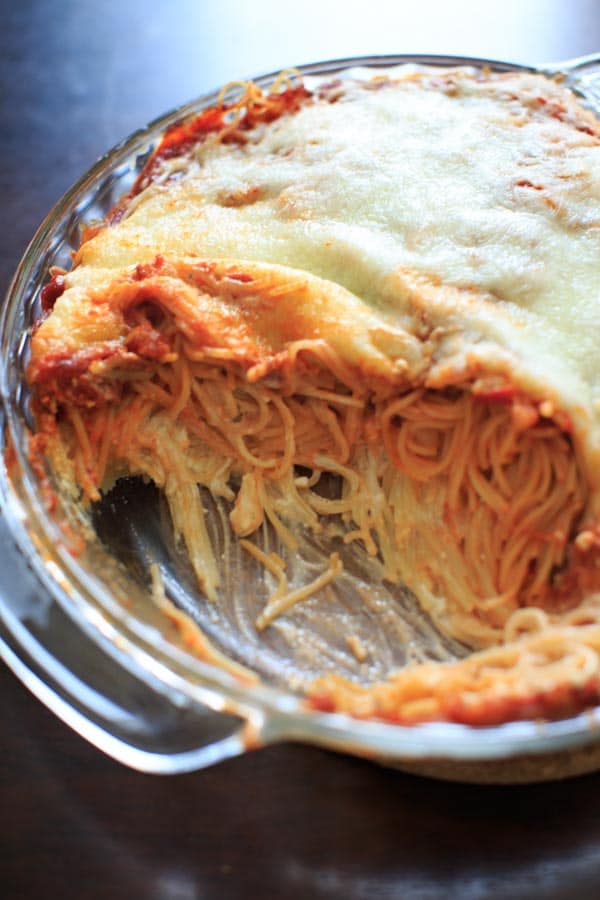 To compensate for whatever flavor might be lost from the butter and meat layer, I added some seasoning to the cream cheese and I also used the Thick & Hearty Mushroom sauce from Ragu’s new Homestyle line.

Any flavored pasta sauce will add some more flavor, which I recommend (unless you don’t like veggies). 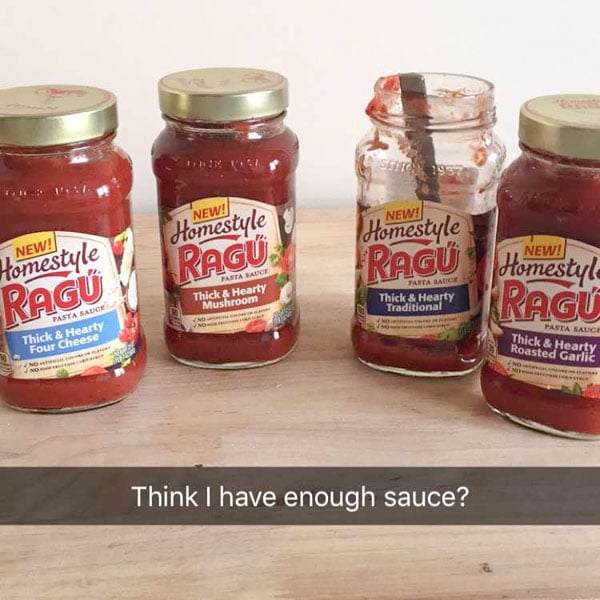 You can also play around with the type of cheese – I this with cheddar cheese and another batch mozzarella cheese. This is called Trial and Eater after all, so I have to live up to my name.

There was no clear winner here, as the verdict was split at my dinner party – so just use whichever cheese you tend to like best!

My personal choice is the mozzarella for the simplicity of the dish, but I still enjoyed the cheddar version, which definitely adds another level of flavor. 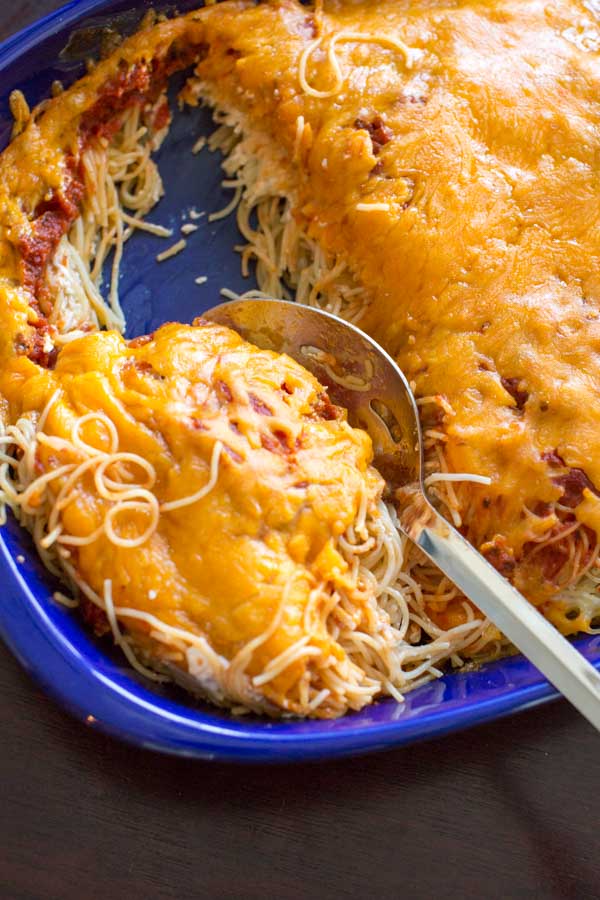 Either way this recipe will feed a crowd – just like most of my pasta recipes (grandma’s ziti being the favorite).

So you can split it into two 8×8 casserole dishes and freeze one, or just invite everyone you know over. 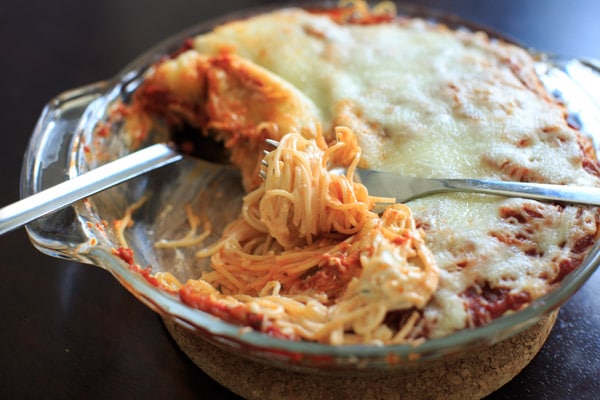 Option to add meatless ground meat as a layer to be more similar to the "million dollar" concept for more flavor. 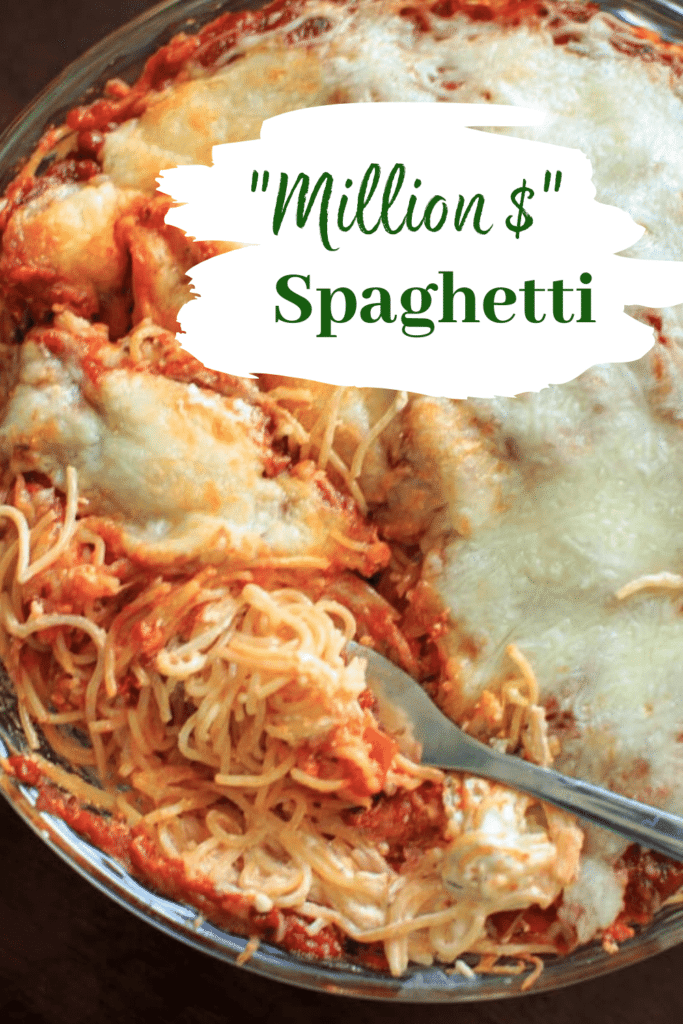 This looks really good. I want to try it but I’m wondering will it work without the cottage cheese?

This is good! Didn't change a thing. Used all Aldi's products. Reggano's pasta sauce with onion, tomato, and garlic is flavorful and chunky. May add fresh garlic next time. Very similar to lasagna, but easier!

Love adding flavor with the sauce, Jody! Glad you enjoyed!

i've never tried a spaghetti casserole before! Looks so so good. Definitely a recipe I need for this winter.

I've never made pasta with cottage cheese and cream cheese. Will have to give this a try for our veggie meal nights.