Vegan BBQ Pulled Jackfruit – eat it on a sandwich, in a taco, or by itself! Easy to make and customize based on your favorite flavor bbq sauce. 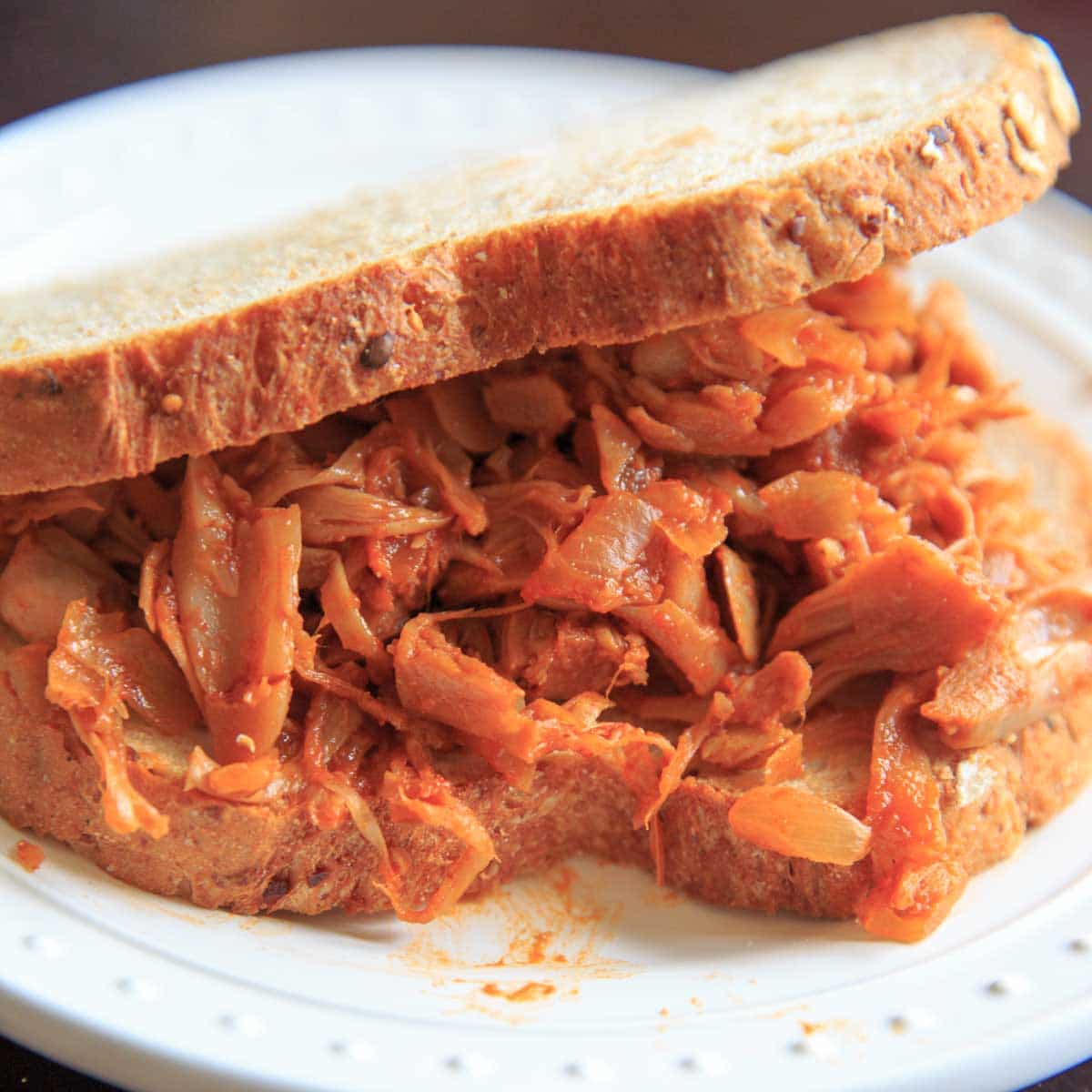 “Uh, Kelly? You have BBQ and Fruit in the same sentence. I think you made a mistake in the title of this recipe.”

(This is how I imagine your reaction right now.)

I first heard of jackfruit while at Trader Joe's, as they sell cans of “young jackfruit” in brine. I bought a can, but had no idea what to do with it. So I let it sit a while. 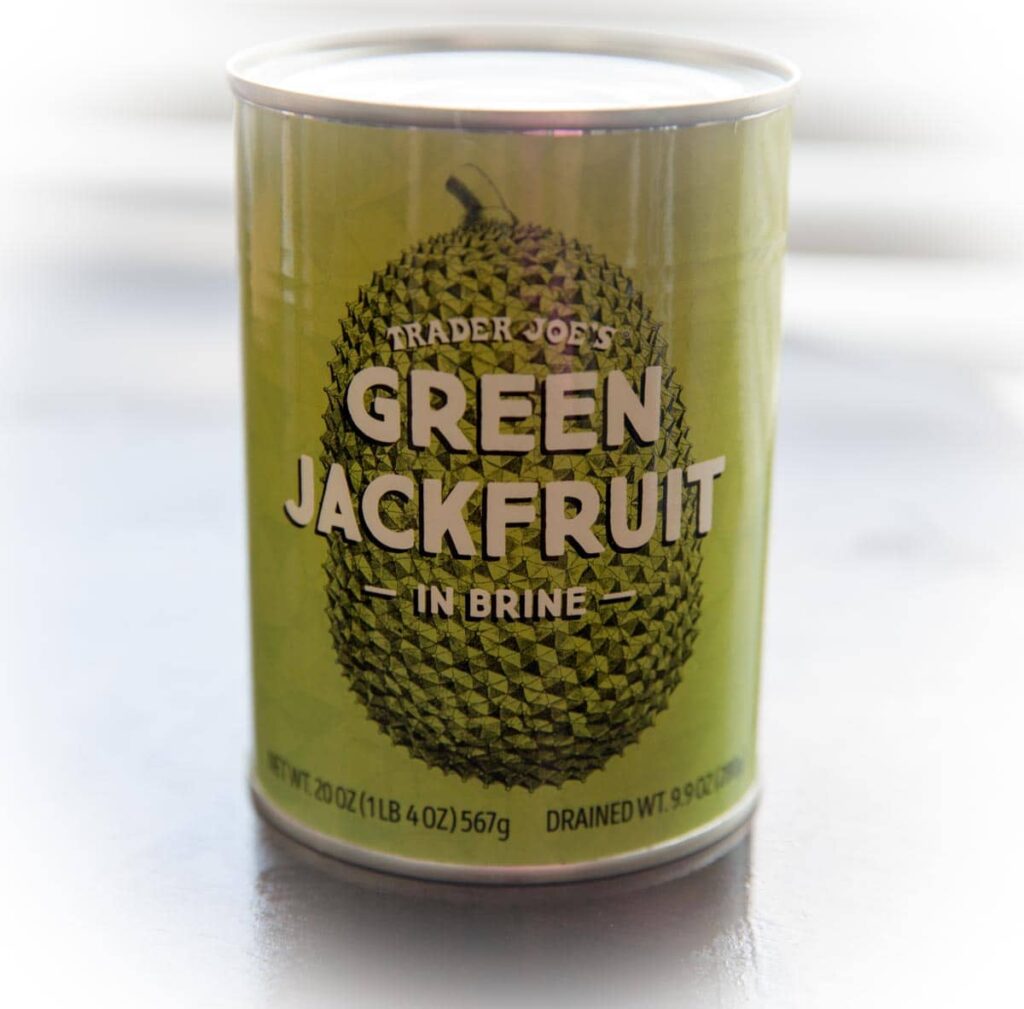 Then when I visited Salt Lake City a couple months back, I had my first taste of bbq jackfruit – in tacos! I had known it was meant as a vegan meat substitute, but I didn't really believe it until I tried it.

From my understanding, fresh jackfruit is not all that tasty. But if you cook it up and add some sauce to it, it is!

Also, the texture allows it to be “pulled” like actual bbq (i.e. “pulled pork” or “pulled chicken”). What other fruit can do that?!

After shredding (and by shredding I mean mashing with a fork): 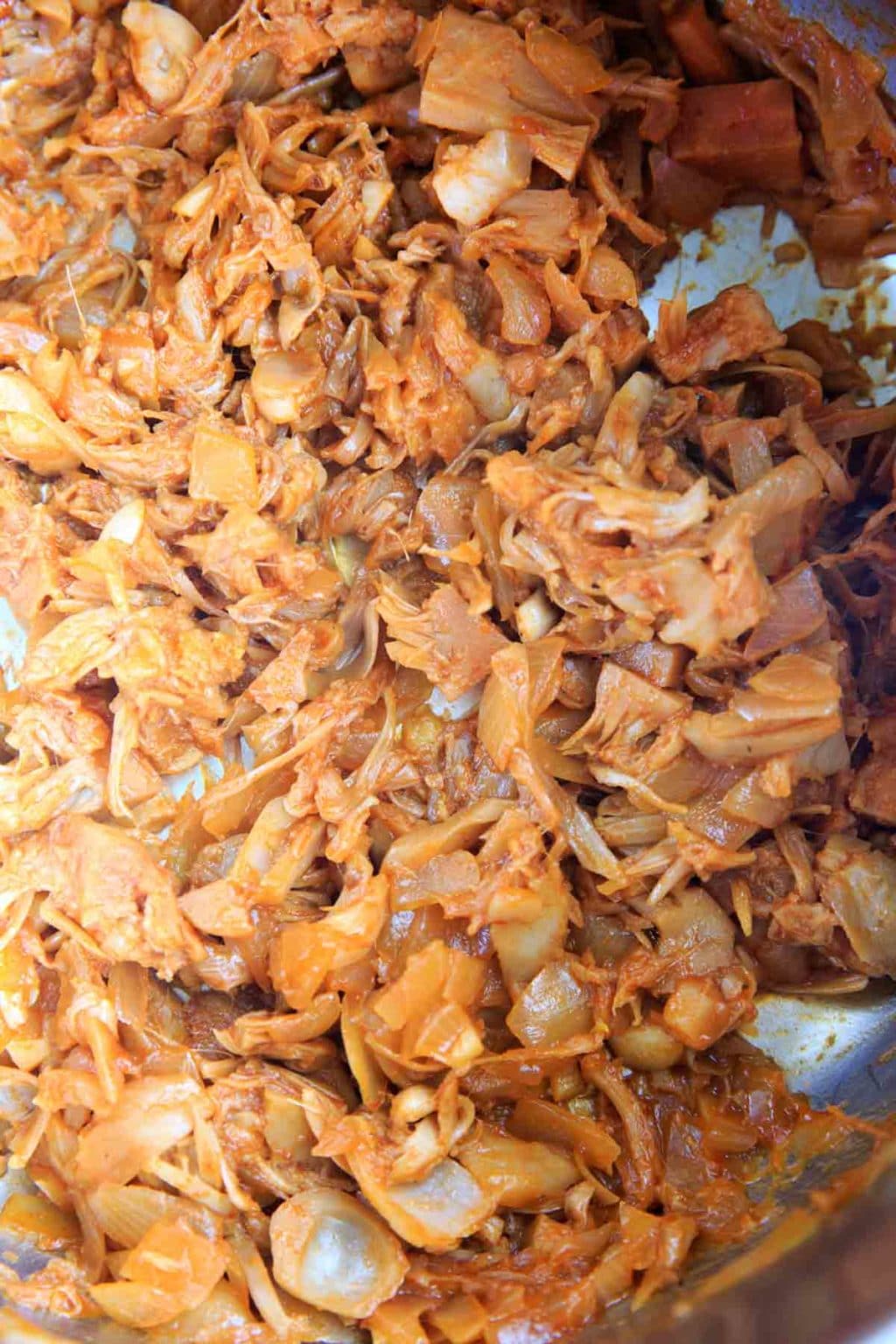 BBQ meat is big where I'm from (good old North Carolina) so I'm waiting for the day BBQ Jackfruit is offered at one of these southern restaurants.

Hey, it could happen. 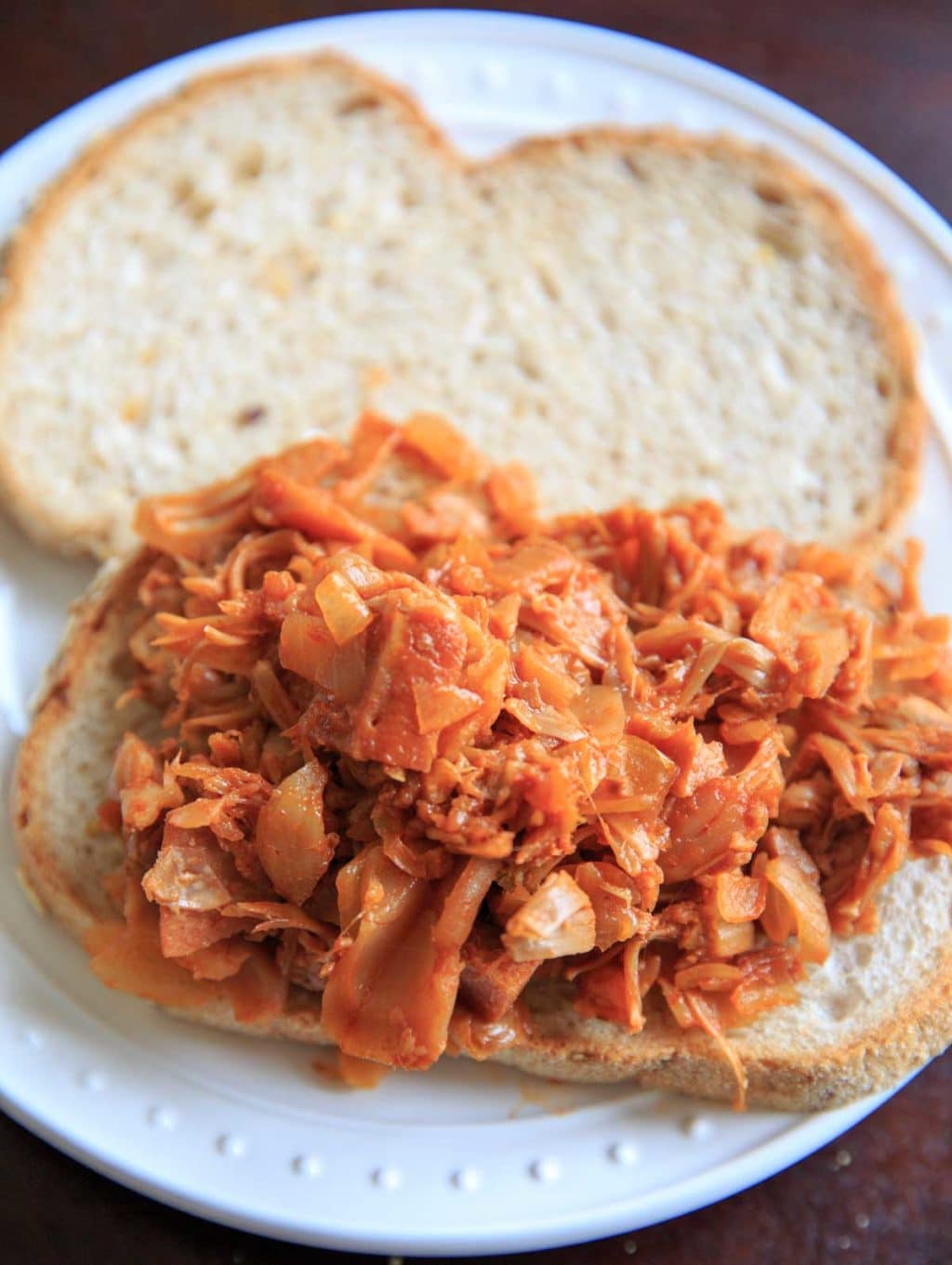 This is one of those recipes where the taste greatly depends on the sauce used. I used a spicy sriracha and roasted garlic BBQ sauce from – you guessed it – Trader Joe's.

Since mine was already spicy, I didn't add any more spices. But if you use a plainer bbq sauce and find it's missing some flavor, I like to add some smoked paprika and a tablespoon of apple cider vinegar. 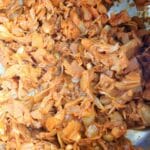 *Flavor will depend on the bbq sauce you use. Since my bbq sauce was already spicy, I didn't add any more spices. But if you use a plainer bbq sauce and find it's missing some flavor, I like to add some smoked paprika (1/2 teaspoon or so), a tablespoon of apple cider vinegar and/or a dash of liquid smoke.   Click here to save this recipe on Pinterest!

*There are affiliate links within this post that we can earn a commission on at no extra cost to you. Thank you for helping to support the site!