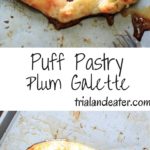 Puff Pastry Plum Galette – a deliciously simple dessert that takes only minutes to throw together. 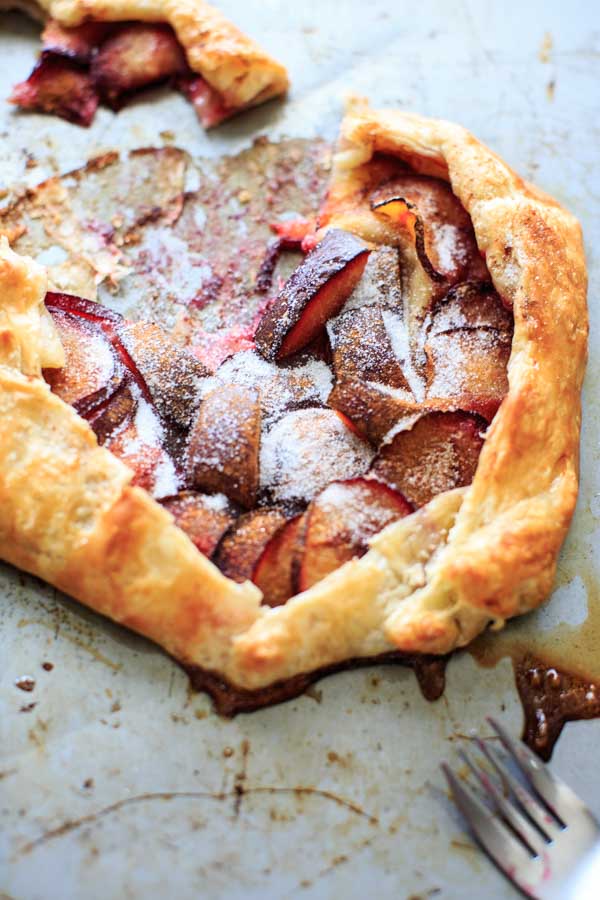 If you haven't heard of a galette before, it is a term used in French cuisine to describe a flat round cake or pastry. I like to describe it as an “open-faced” dessert.

Most times I've seen them made with pie crusts, but I had some puff pastry on hand and decided to make one with that. (Reminder to check out the recipe for a quick homemade puff pastry if you've never tried it!) I don't think I'm breaking any traditional galette rules by doing so, but please don't yell at me if I am.

Last month I was visiting my aunt and when she wanted to make a fruit dessert, I asked her if she had ever made a galette. I think she thought I was in love with the word galette because of how many times I said it (it is a fun word to say, don't you think?).

You can fill your galette with whatever you want really – just be mindful that some fruits are juicier than others and have the potential to make the crust soggy if you don't add a thickener such as cornstarch. Plums worked quite well I thought, and blueberries are also a good pick. 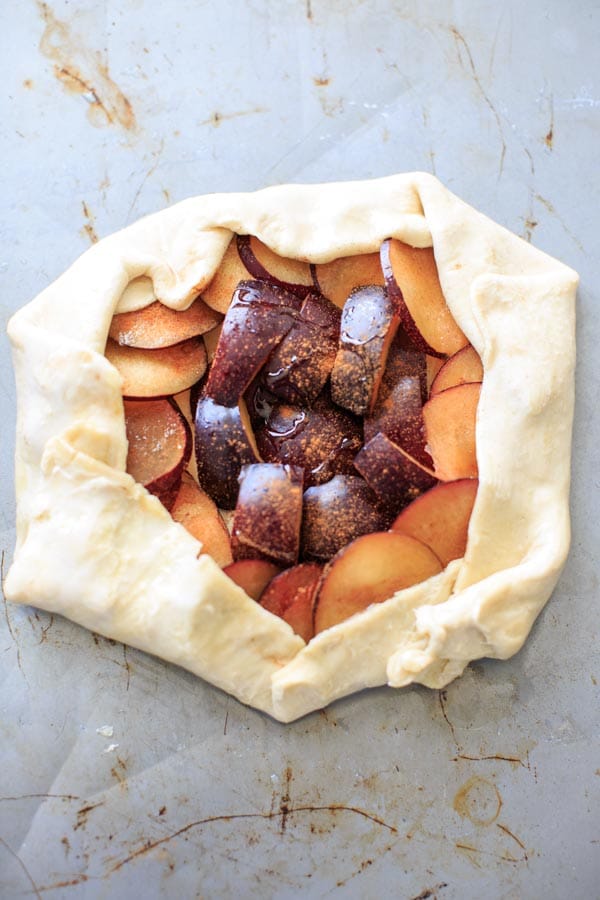 The puff pastry (or pie crust if you'd rather go that route) is rolled out to about 1/4 inch and the fruit is placed in the middle. Roll up the sides of the dough to hold the fruit in, and pop it in the oven. Easy as pie. 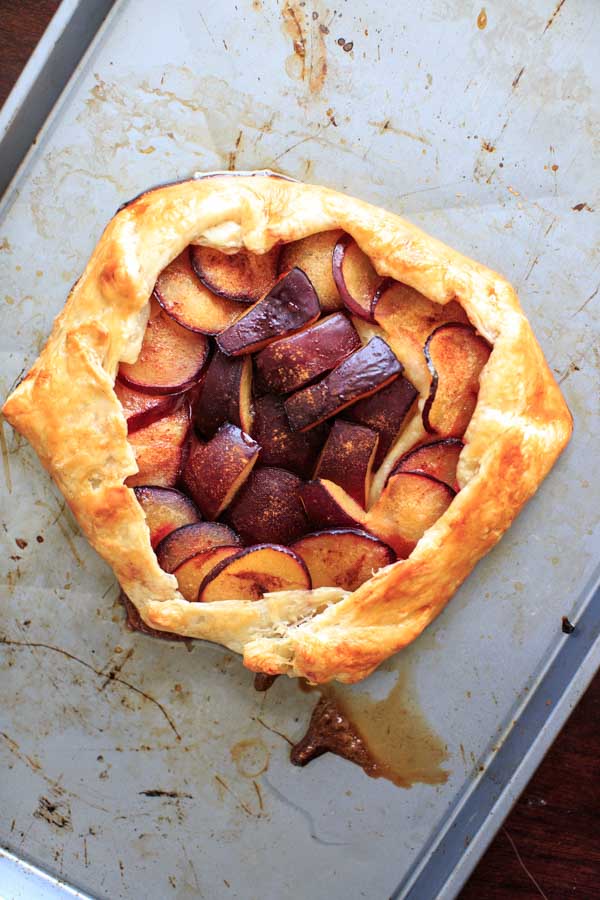 I topped it with honey, cinnamon and some sugar – if you do this before you bake it then it gives the flavors a chance to marinate a little more. Serve hot from the oven and maybe with a side of ice cream! 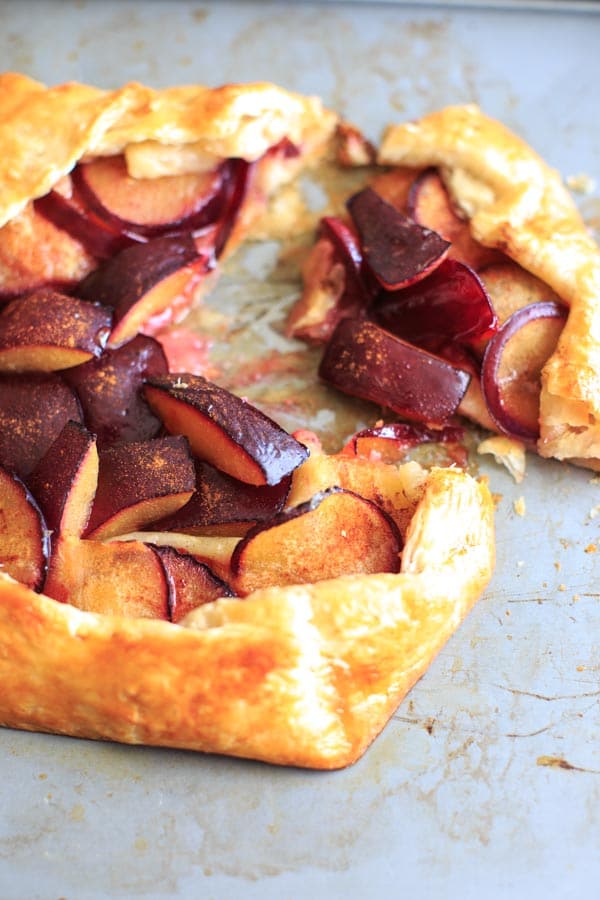 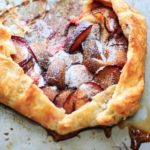