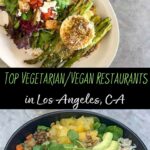 Recently I visited Los Angeles for a conference and was able to explore the town for a few days. I mostly split by time between downtown LA and Hollywood, so here are my favorite vegan and vegetarian restaurants in those neighborhoods! 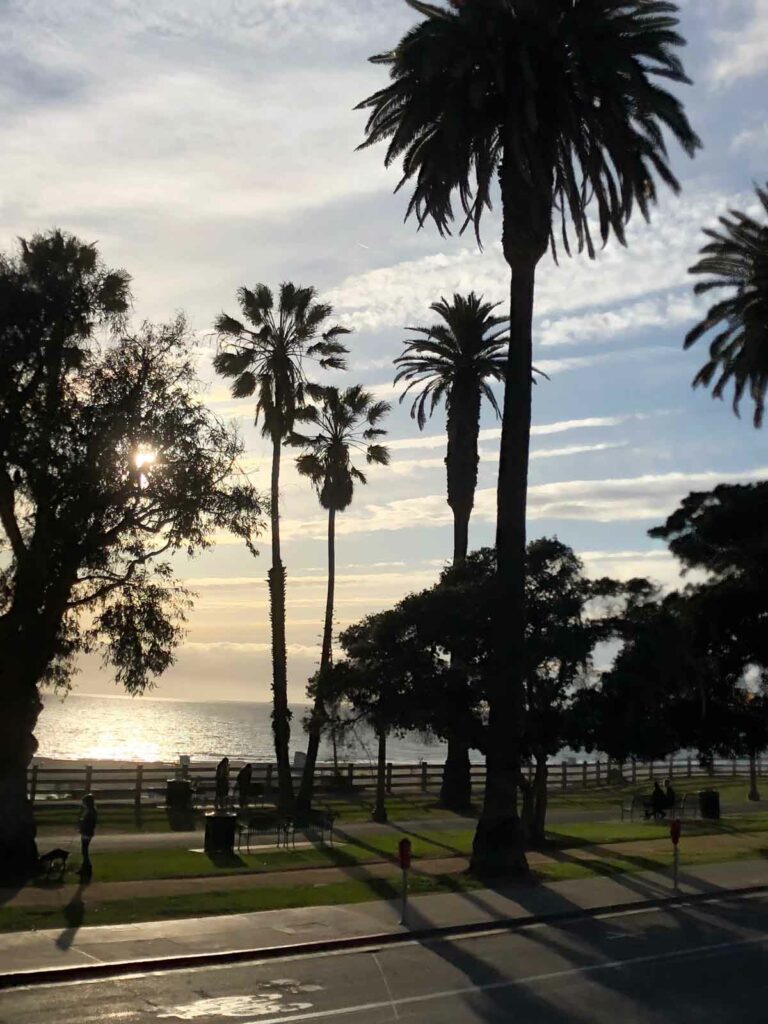 Ramen Hood – Don’t you just love the name of this place? My first night in LA, after an hour and a half Uber drive from the airport to my hotel, I was exhausted but hungry. I ventured over to Grand Central Market to try this all-vegan ramen joint. I got the Spicy Ramen (surprised?) with a vegan egg, and YUM. It even LOOKS like an egg! How do they do that?!

(I also got the banh mi poutine, but I wouldn’t recommend.) 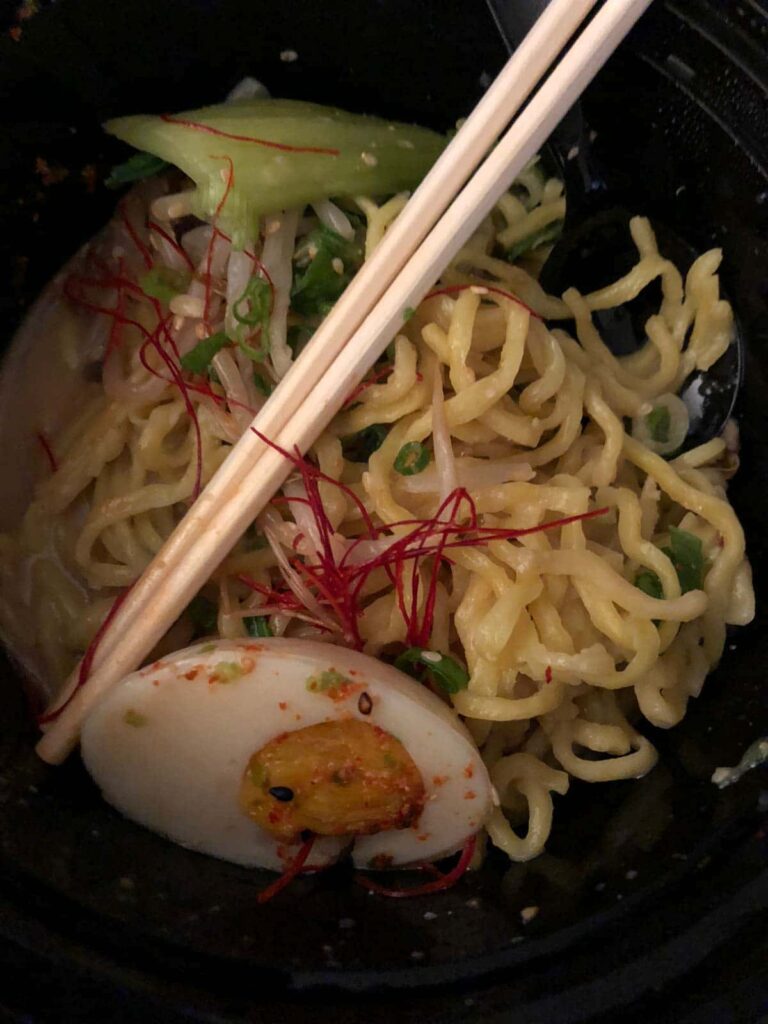 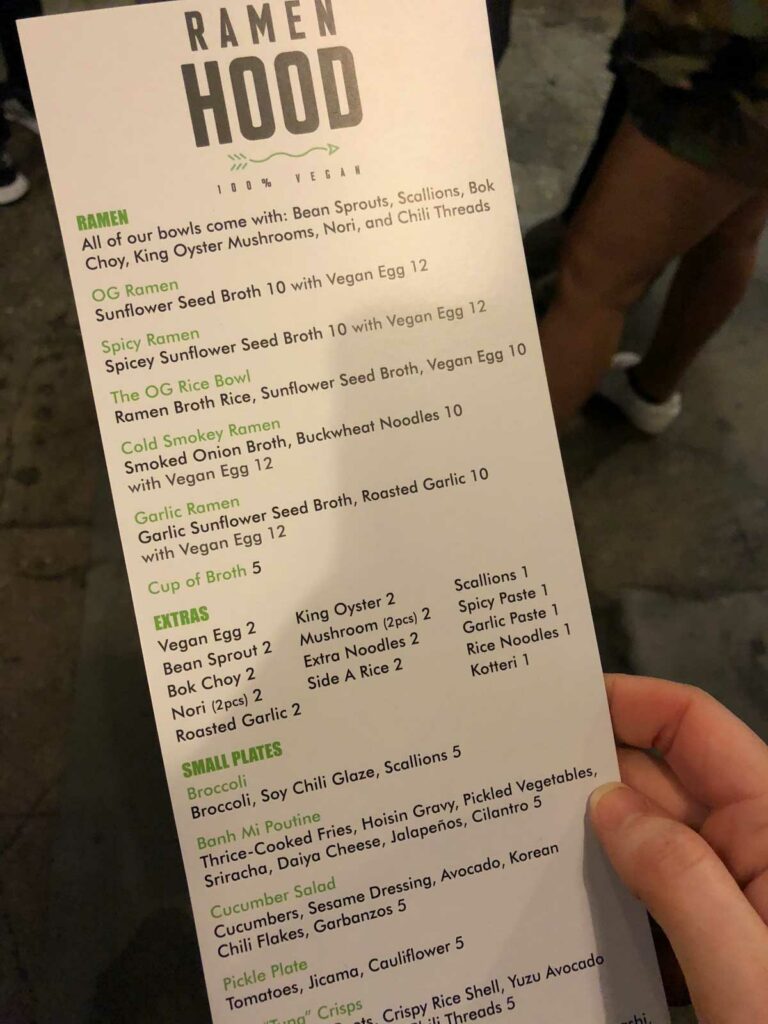 For Sunday morning brunch I headed to Zinc Cafe.This is vegetarian, not strictly vegan. It’s hard for me to NOT order French toast when I see it on the menu, but they had so many other options! I asked for recommendations and decided to go with the asparagus sandwich, because when do you ever see that on a menu? It did NOT disappoint. Also my first-ever match latte! There’s also a nice area to sit outside. 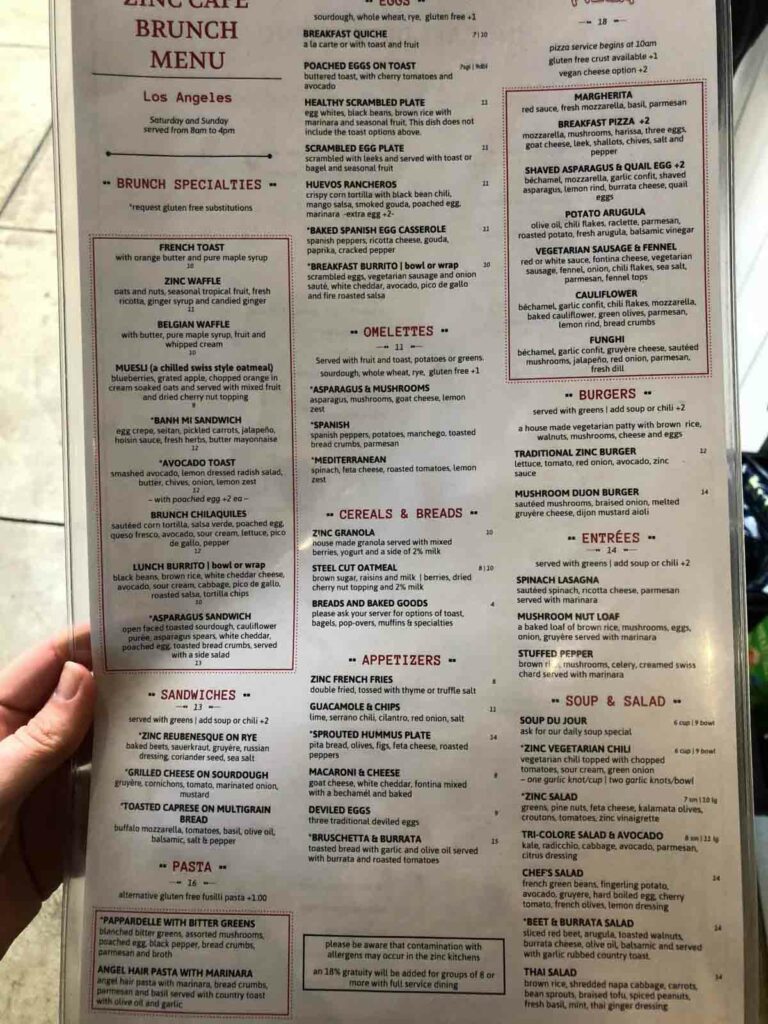 I realized I was nearby another restaurant in the Arts District I’d heard great things about – Cafe Gratitude. I wished I was hungrier when I got here because their menu was also amazing! They have a bunch of “I am..” statements everywhere, and even encourage you to place your order beginning with “I am…” I went with a smoothie – “I am Epic!” They have several locations around the city. 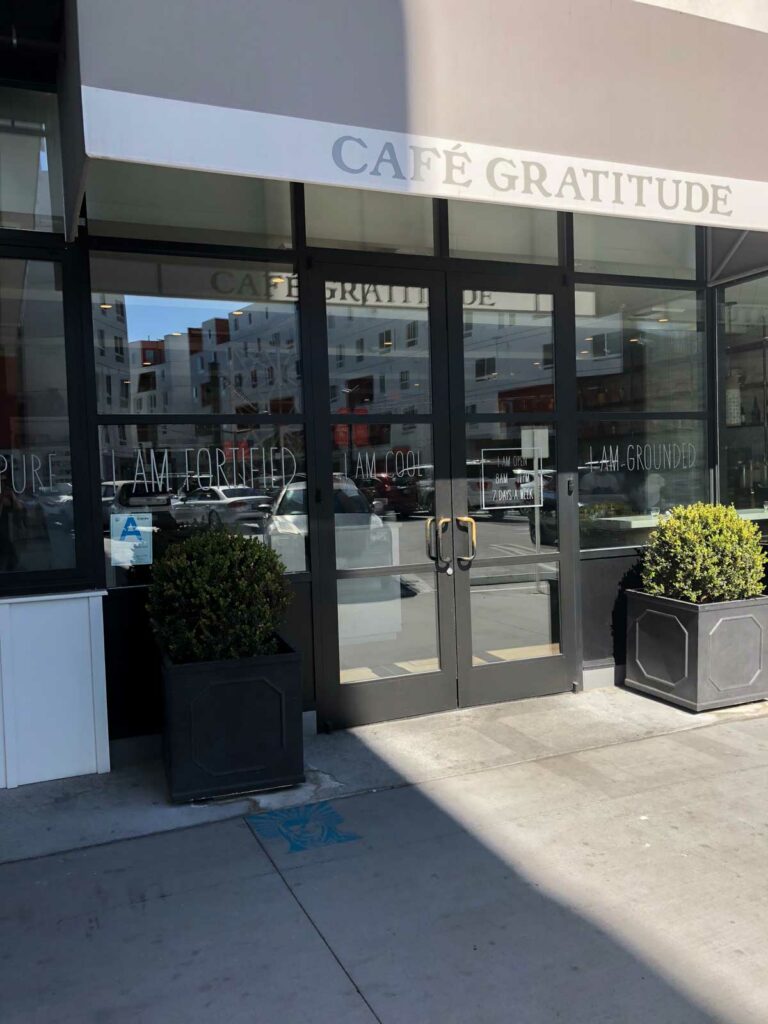 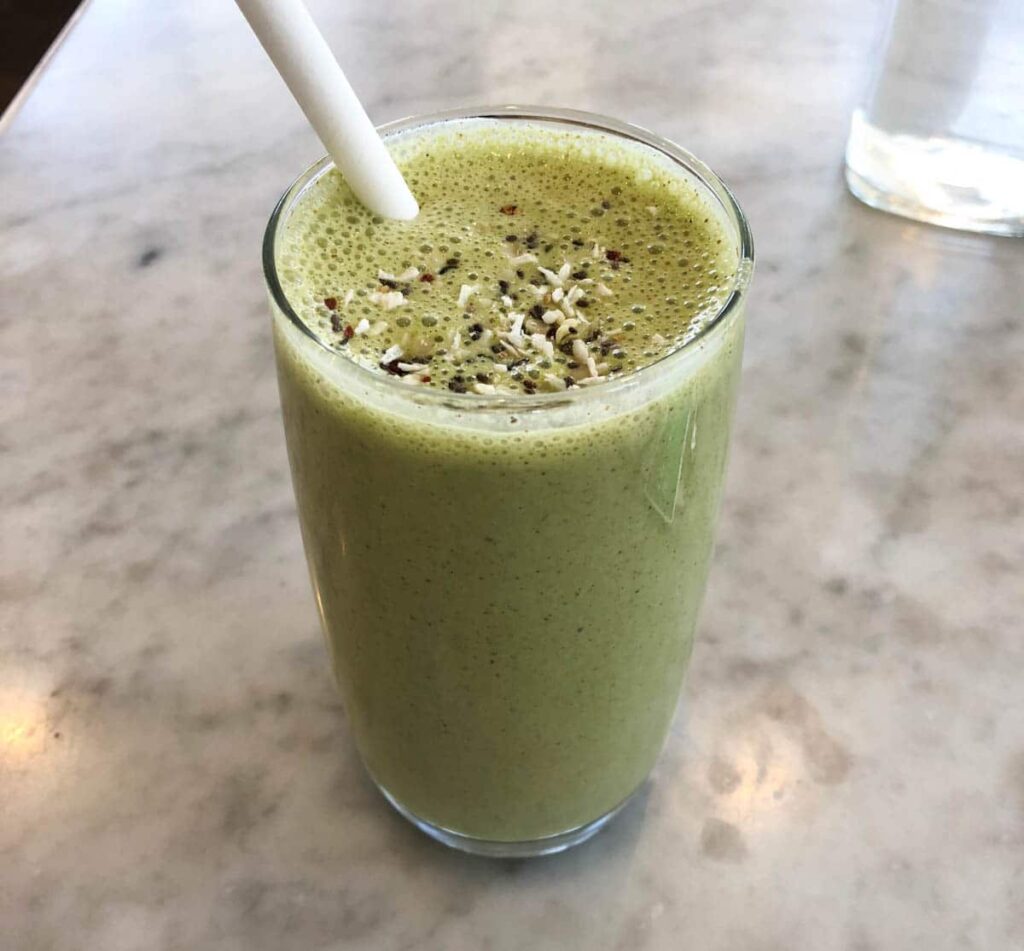 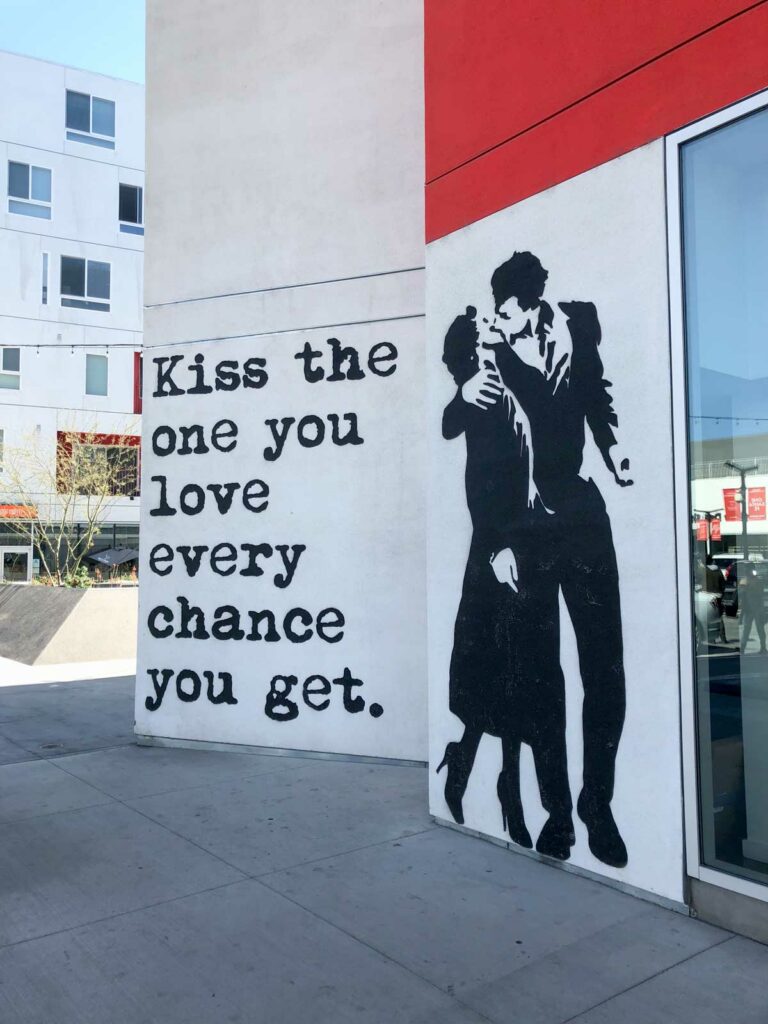 Love vegan sushi? Try Shojin.  It’s in the Little Tokyo Market Place. I got take out, spicy dynamite (of course!) 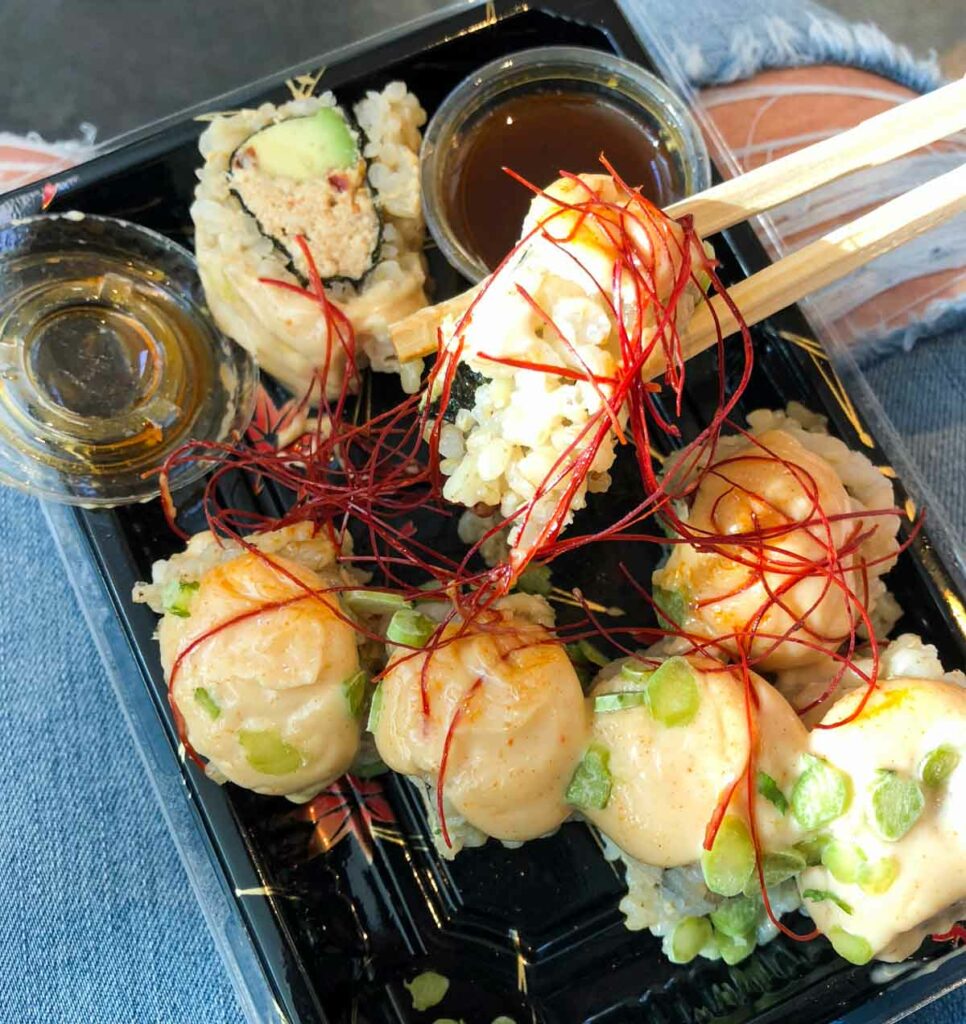 Not recommended: Wild Living Foods – I was disappointed in this place. I was searching for a late-night snack (late-night meaning it was 8pm after my conference) and this showed up as a top vegan dessert recommendation. They were mostly out of desserts when I got there, so I went for one of their warm tonics, called “The Way Yin”, after asking for recommendations. It does have rose water and lavender oil in it, but I didn’t expect it to be so strong! Had to toss it even before my Uber showed up.

Gracis Madre. A Vegan Mexican restaurant I’d seen on many vegan restaurant lists. The bowls are SO GOOD. I got bowl #2 with pineapple salsa. They also have a full list of specialty CBD cocktails. 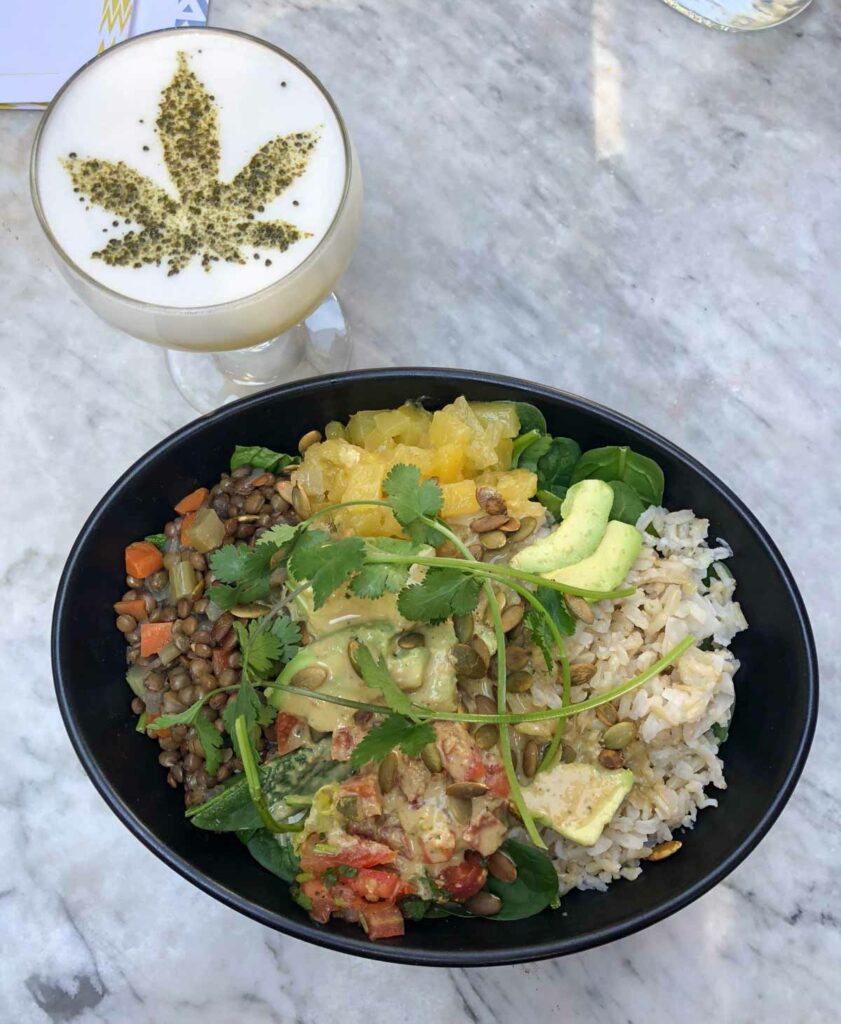 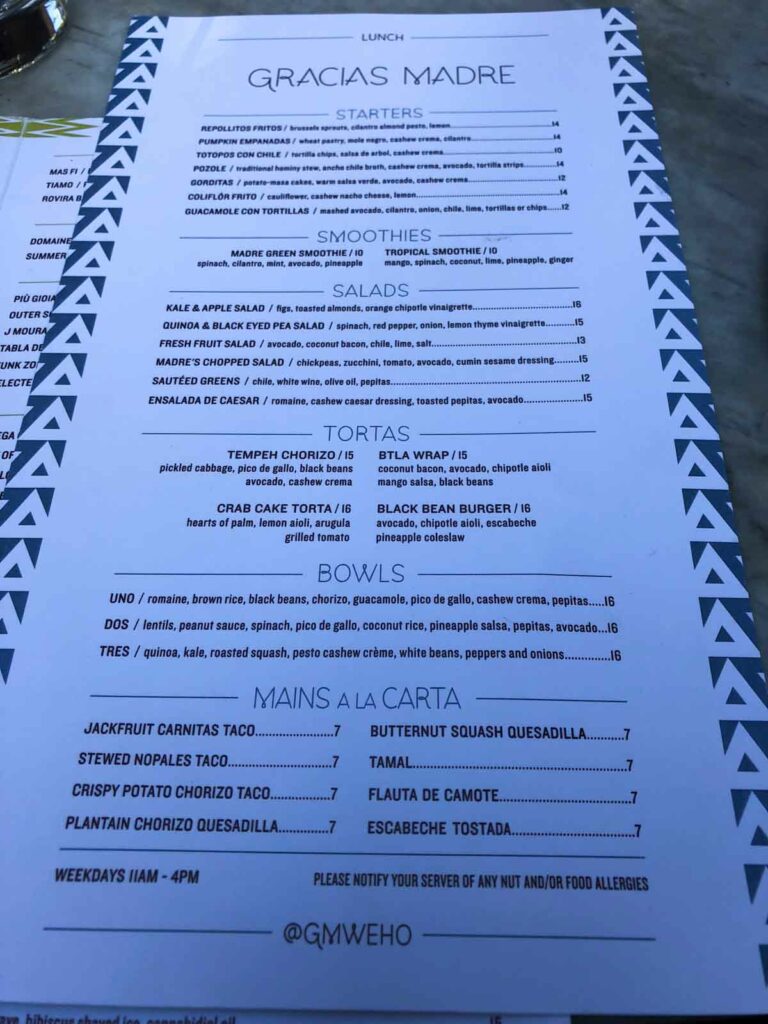 Doomie’s Home Cookin‘ – Again, a fully vegan restaurant! A little less on the healthier side (think burgers and chili cheese fries) but I was intrigued by the Peanut Butter “Bacon” Burger. I’d heard of the amazingness of peanut butter on burger but I thought I would never get to experience it, until now! They even add a side of jelly to make a peanut butter jelly bacon burger if you’re feeling extra dangerous. And honestly? I would eat this every day if I could! 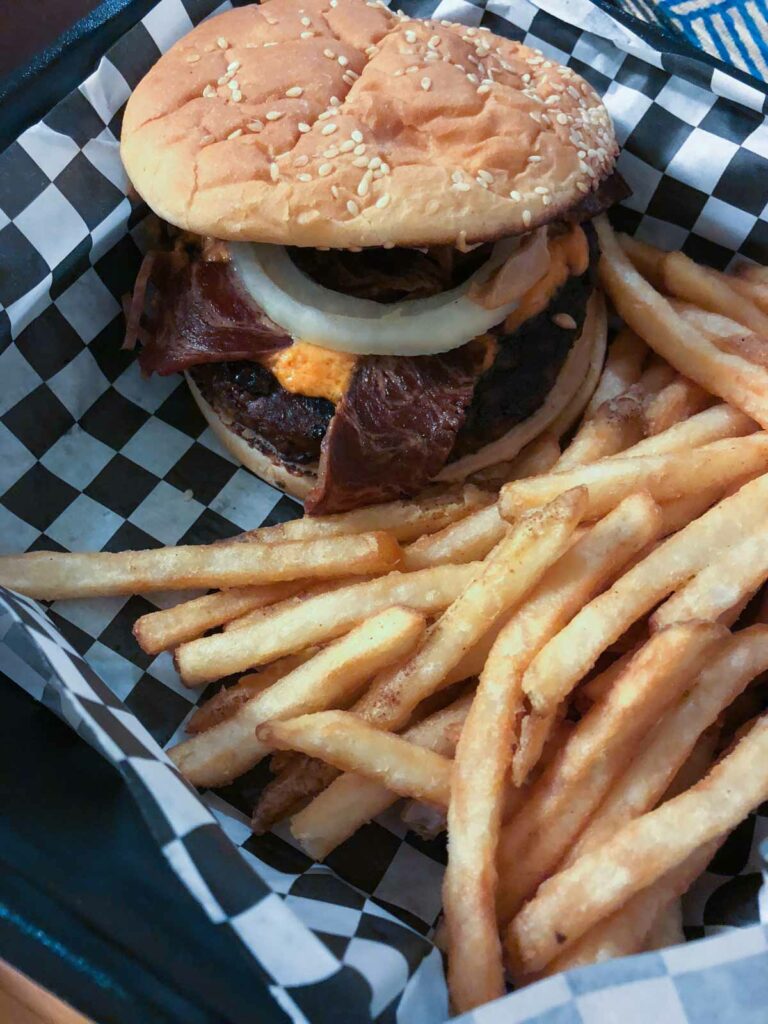 Right next door to Doomie’s is an all-vegan ice cream shop called Cocobella Creamery They have a ton of flavors, and I’d heard a lot about their “Unicorn Magic” flavor, but after some thoughtful taste-testing I went with Salted Caramel with a cone on top. 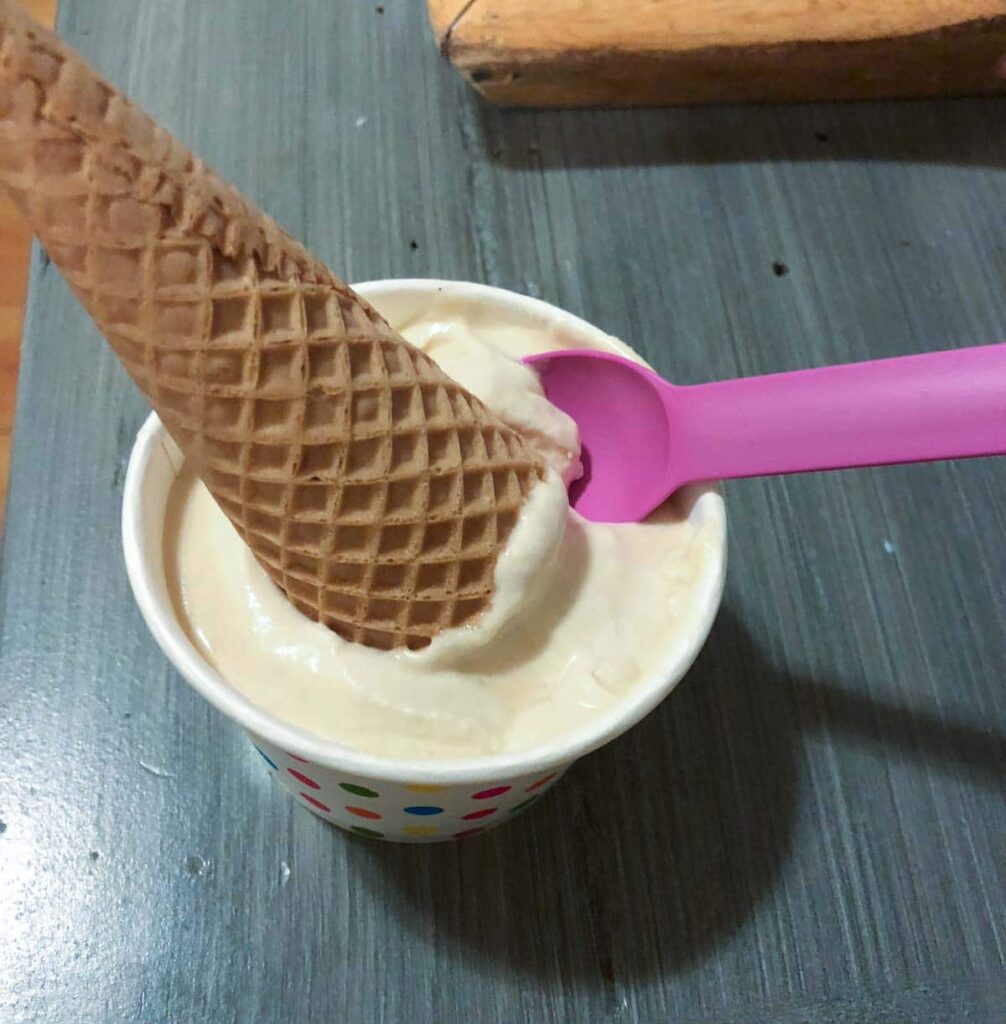 Los Angeles has so many vegetarian and vegan options in town! I didn’t even realize until typing this up how many I tried that were vegan-specific. In summary, here are my recommendations for a vegetarian/vegan food tour if you have a few days in LA: