It has been a WHILE since I’ve done food fails.

This does not mean I haven’t had any.

Actually I already have enough of them to write the next two fail posts.

But it’s not always fun to talk about what goes wrong in the kitchen. I like it better when I figure out what goes right, before I tell you what went wrong.

Though sometimes I give up and realize I’m never going to get it right. I figure this shows there’s always more going on behind the scenes, and that I bring you only the recipes that work for me.

So without further ado, here’s 10 random recipes that failed in my kitchen.

Let’s start off with an example of something I DID eventually get right. The first time I tried to recreate this, I went without a recipe and it was very obvious. Somehow the squash had too much liquid and the apples were too dry. 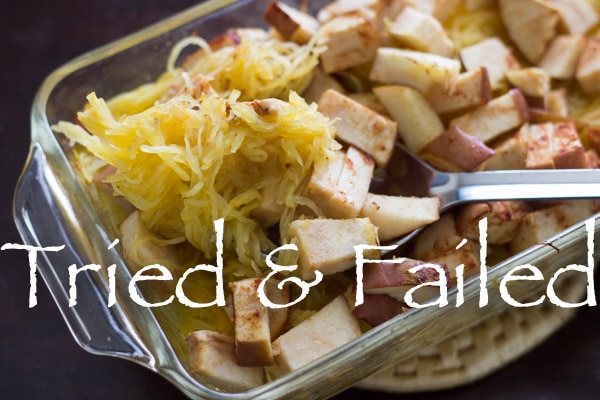 I attempted to make this as a Halloween-type dish (orange and black, though to me this looks almost purple). While the look was on the right track, the taste was NOT. I had never made black rice before and I was not prepared for the flavor. 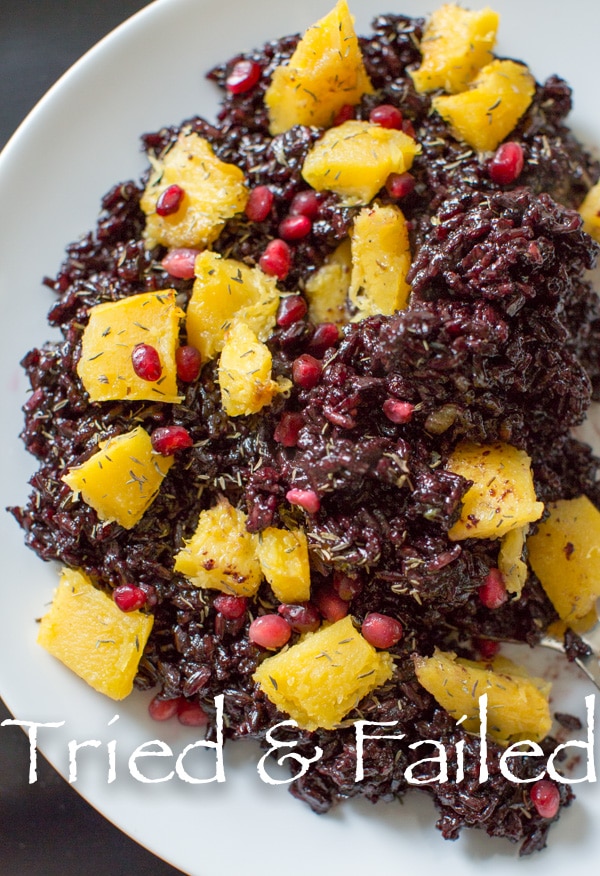 I think this was an attempt at a curry, rice, butternut squash dish. I don’t even know what to call it because in addition to it not being pretty at all, it did not taste good. 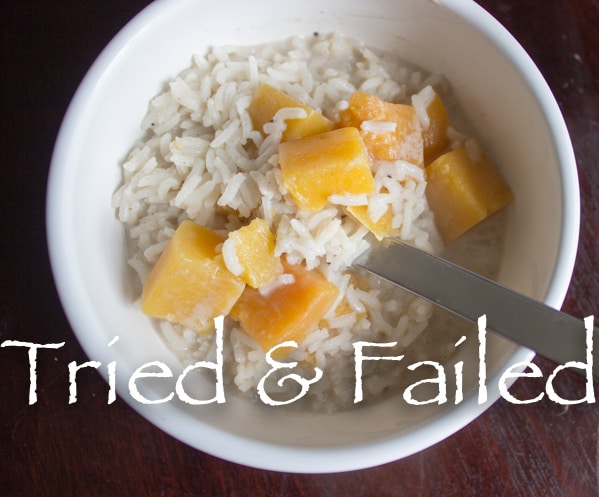 The cookies themselves were actually pretty tasty. It was an oatmeal + chocolate chip combination that is hard to completely mess up. But they would fall apart if you even just LOOKED at them, let alone picked them up. Maybe some day I’ll post the recipe under “lace cookie crumbs.” 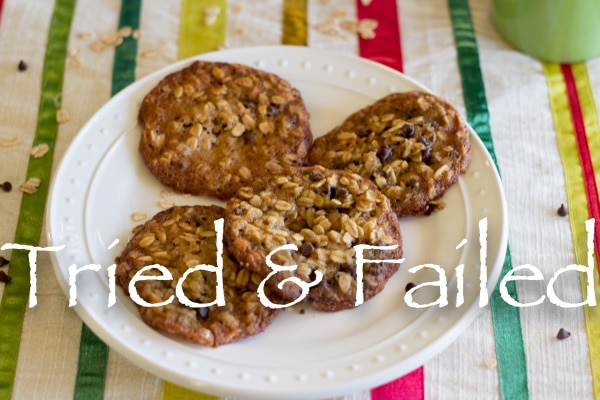 This is one example where you can go too far with substitutions. I wanted to make a homemade ranch dressing that was vegan – so no dried milk. Instead I used almond milk. One word: nope. 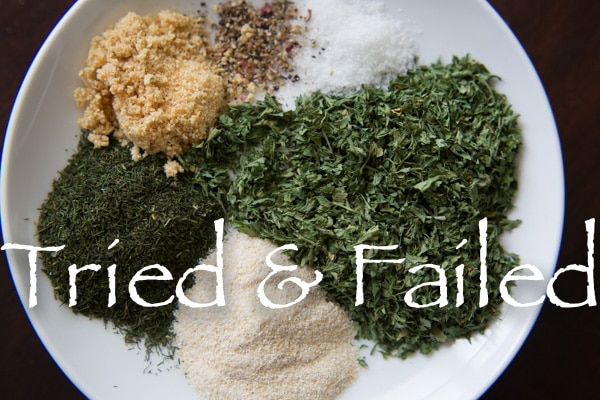 Two of my favorite things, made a complete disaster. I’ve had a mango guacamole from a restaurant before that was amazing. This was not. 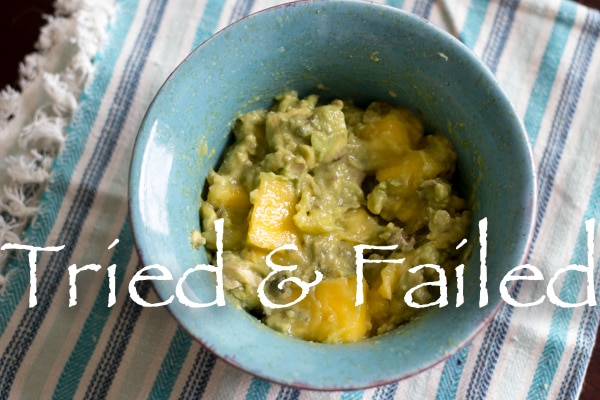 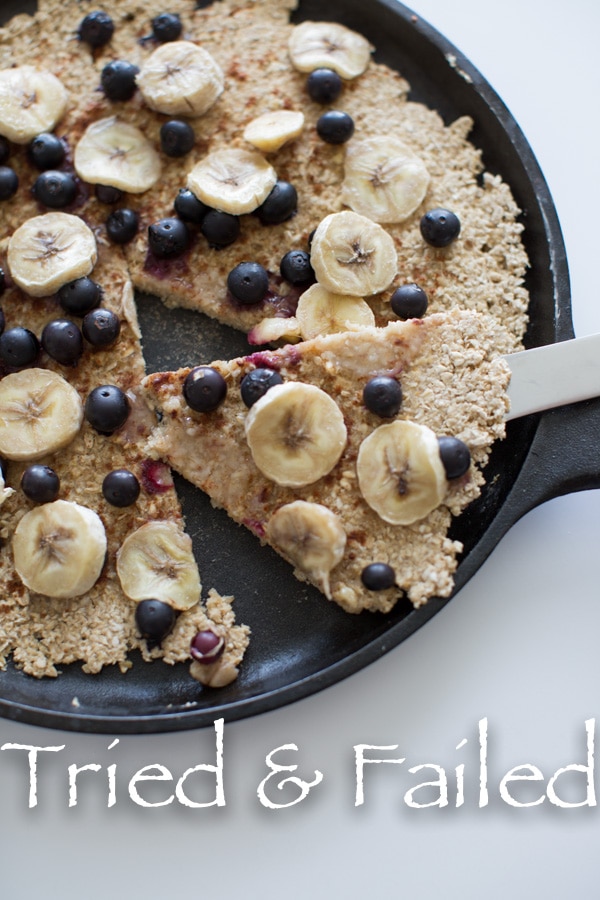 There are bags of pre-shredded carrots from Trader Joe’s that I tried AT LEAST 4 times to make carrot fries with. Some always burned, while others never got crisp. And one time I poured the aforementioned ranch dressing on top before realizing how awful it was. 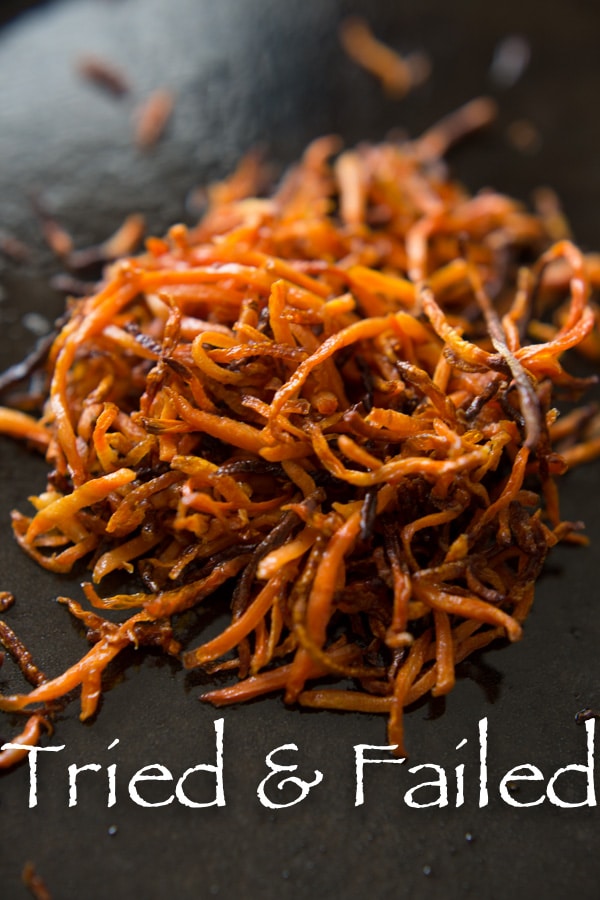 Because sometimes you just want ONE cinnamon roll, right?! 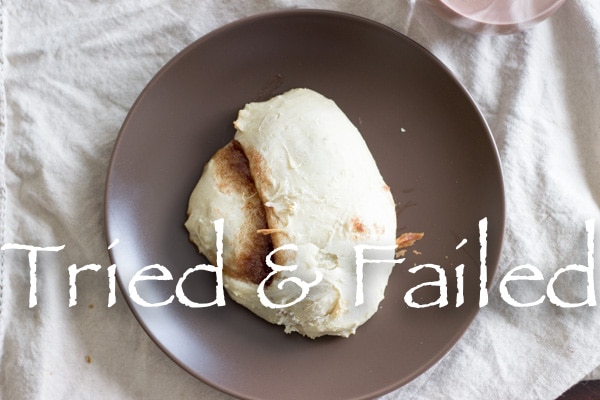 These were fun to make, but they ended up in the trash. Twice. 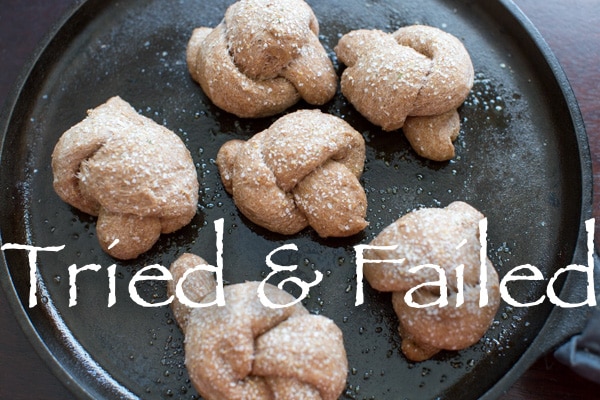 Any tips on how to make any of these not failures, let me know!